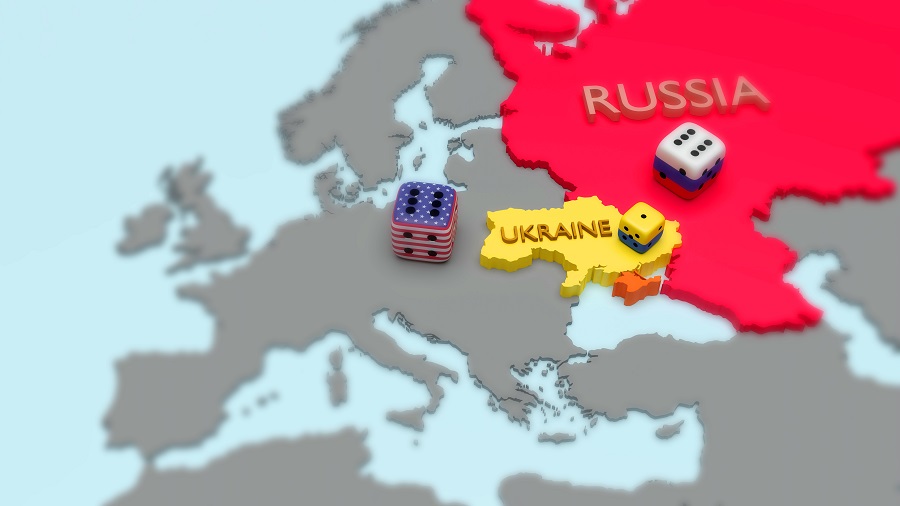 As a result of the Russian invasion and partial destruction of Ukraine, the question “What is in America’s interest?” is the question of the day. Specifically, how much should America get involved in defending Ukraine?

The Left’s Concern With America’s Interest

On the Left, the question “What is in America’s interest?” is moot.

On the Left, “America’s interest” is regarded as essentially a chauvinistic, nationalistic, even fascistic term.

If the Left were concerned with what is in America’s interest, it would not advocate — and, under Biden, implement — policies to change America from an energy-independent country into an energy-dependent country.

If the Left were concerned with what is in America’s interest, it would not advocate lying to its youth by telling them that America is systemically racist, that it was founded in 1619, that it fought the Revolution to preserve slavery and that the Founders were immoral racists. It would not advocate defunding police departments. It would not have advocated depriving young children of education for two years.

The Left everywhere despises America. And the American Left is no exception. Most liberals love America, but they vote for the Left. So, their love is irrelevant.

Let’s now turn our attention to the Right.

The Right’s Concern With America’s Interest

Unlike the Left, people on the Right are preoccupied with the question, “What is in America’s interest?” That is why the Trump-era slogan “America First” so resonated with conservatives.

Conservatives believe, correctly, that open borders lead to the end of a country as a distinct national entity. (The Left believes it, too, by the way.) They want America to be energy independent so as not to depend on other countries — especially countries such as Iran, Russia and Venezuela — for its energy. Whatever the distant future risks of carbon emissions may be, they do not compare to the present risks of an energy shortage, energy dependence and runaway inflation. And they believe that America, despite its flaws, has been exactly as Abraham Lincoln described it: “The last best hope of Earth.” Therefore, teaching young Americans that America is the very opposite is not only a lie, but it will also destroy the foundations of this country.

In foreign affairs, however, conservative answers to the question, “What is in America’s interest?” are neither as clear nor as unanimous as they are concerning domestic issues.

Take the present crisis, the Russian invasion of Ukraine.

Did Putin Fear an Attack by a NATO Country?

One hopes that virtually all conservatives (and virtually all people across the political spectrum) regard the invasion as evil. Whoever doesn’t has a malfunctioning conscience.

Yet, some people, on the Right as well as the Left, do not put the entire blame for the war on Putin. Their chief argument is that Putin felt threatened by the possible expansion of NATO into Ukraine.

If Russia is ruled by a paranoid dictator without a conscience (as evidenced by his murdering Russian dissidents and the ongoing laying of Ukrainian cities to waste), his paranoia is not to be honored. To cite the example of Hitler again, he sought the annihilation of the Jews because he feared them; he constantly reiterated his paranoid belief that the Jews sought the destruction of Germany and of the Aryan race. Paranoid dictators need to be confronted, not patronized.

Moreover, in 1994, Ukraine gave up its nuclear weapons (inherited from the former Soviet Union). It signed an agreement called the Budapest Memorandum with Russia, the U.K. and the U.S. in which it agreed to dismantle its nuclear weapons and delivery systems (bombers and missiles). In return, Ukraine was assured that Russia, the U.S. and the U.K. would refrain from threatening it and respect its “independence and sovereignty and the existing borders.”

In other words, the only threat between Russia and Ukraine was Russia threatening Ukraine.

One should also add that between 1932 and 1933, Soviet Russia murdered between four and six million Ukrainians in what the Ukrainians call the Holodomor (Ukrainian for “murder by starvation”).

Not in America’s Interest?

NATO notwithstanding, the primary “not in America’s interest” argument goes like this: “What Putin is doing is wrong, but essentially it is none of our business. The United States has no interest in Ukraine.”

To this argument, one can ask: Other than an attack on America, when and where does America have an interest? And why? If a Russian dictator can invade and decimate another country in an act of unprovoked aggression and it not be in America’s interest, what about China invading Taiwan, or Iran unleashing nuclear weapons against Israel, or North Korea doing so against South Korea? Why are Taiwan, Israel or South Korea more “in America’s interest” than Ukraine?

America First, Yes. Not ‘America Only’

We should not send NATO troops into Ukraine, but we should allow Poland to supply Ukraine with fighter jets. Anyway, why is that different from our supplying Ukraine with anti-tank and anti-aircraft weapons? If Russia having nuclear weapons prevents us from even allowing a third country to send jets into Ukraine, the lesson is simple and clear: If you want to paralyze the West, develop (or steal) nuclear weapons. Then you can destroy any country you choose.