US May Ban Carry-On Laptops for All International Flights

DHS Secretary John Kelly says terrorists are obsessed with the idea of knocking down an airplane mid-flight. 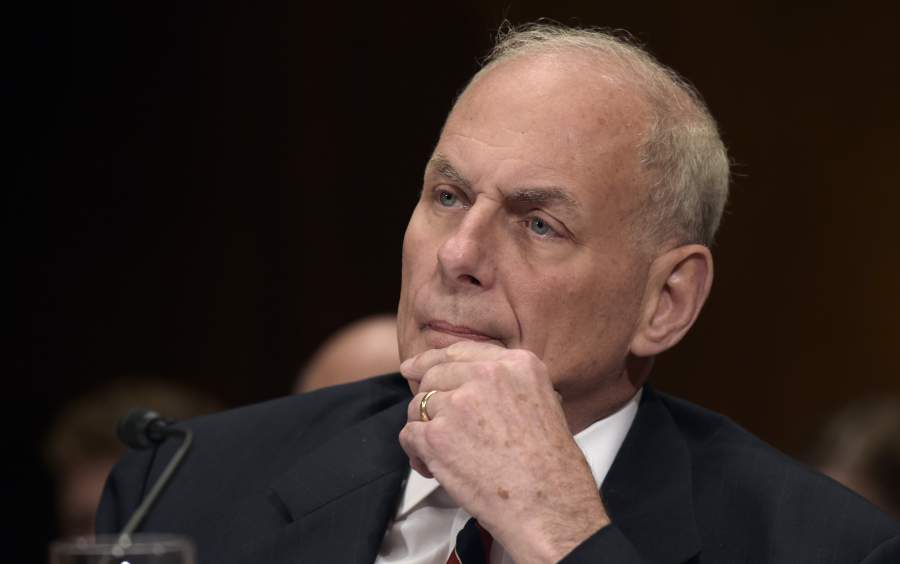 FILE - In this Thursday, May 25, 2017, file photo, Homeland Security Secretary John Kelly listens on Capitol Hill in Washington, while testifying before a Senate Appropriations subcommittee on FY'18 budget. Kelly said he's considering banning laptops from the passenger cabins of all international flights to and from the United States. That would dramatically expand a ban announced in March that affects about 50 flights per day from 10 cities, mostly in the Middle East.

Department of Homeland Security (DHS) Secretary John Kelly said Sunday that he is considering expanding the laptop ban to include all international flights.

“Are you going to ban laptops from the cabin on all international flights both into and out of the U.S.?” Fox News Sunday’s host Chris Wallace asked Kelly. “I might. That’s a quick answer,” Kelly responded.

Kelly told Wallace that terrorists are obsessed with the idea of knocking down an airplane in mid-flight, especially if it’s a U.S. carrier full of Americans. He would not say when a decision on expanding the ban would be made, but told Wallace that he would follow the intelligence. “The very, very good news is that we are working incredibly close with friends and partners around the world,” Kelly said.

“There’s new technologies down the road, not too far down the road, that we will rely on,” Kelly told Wallace. “But it is a real sophisticated threat and I will reserve that decision until we see where it’s going.”

DHS implemented restrictions on electronic devices larger than a cell phone on board aircraft flying into the United States from 10 airports located in eight majority-Muslim countries in late March.

The decision to implement the policy in March came after new intelligence indicated that terrorist groups have “intensified” attempts to attack flights mid-air. “Our information indicates that terrorist groups’ efforts to execute an attack against the aviation sector are intensifying,” DHS said in a March 21 press release.

While rumors swirled that DHS was considering an expansion of the ban to include flights from the European Union (EU), officials seemed to push back on that notion during talks in mid-May.

During a May 17 meeting between the EU and DHS officials, they reached an agreement to take the ban “off the table for now,” according to the Associated Press. They shared details about aviation security standards and agreed to discuss the topic further.

“The United States and the European Union reaffirmed their commitment to continue working closely together on aviation security generally, including meeting next week in Washington D.C. to further assess shared risks and solutions for protecting airline passengers, whilst ensuring the smooth functioning of global air travel,” members of the organizations said in a joint statement.

The aviation sector is under constant threat from terrorist groups because of the ability to inflict a mass casualty event and the global media attention that follows. Terrorist groups continue to target commercial aviation by “smuggling explosive devices in various consumer products,” according to CNN.