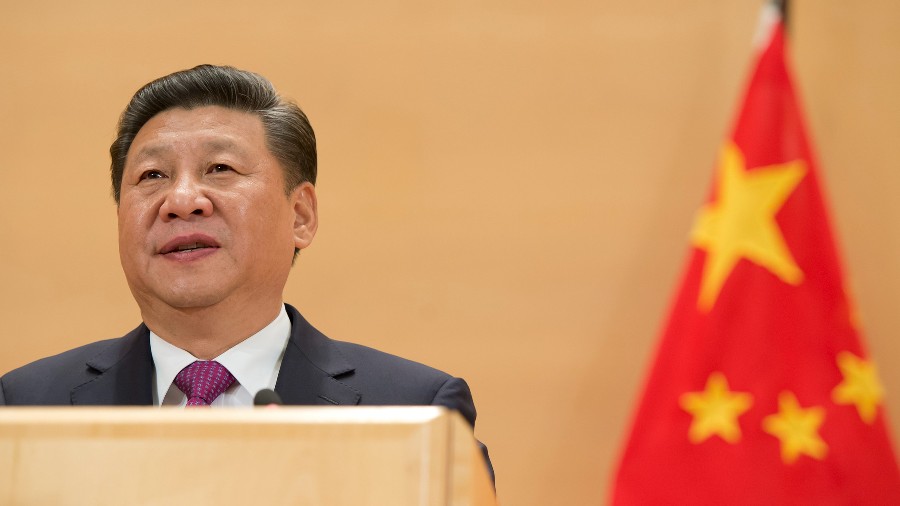 Two weeks after he was inaugurated, President Joe Biden traveled over to the State Department to deliver a speech about his foreign policy.

One point he repeatedly stressed in that speech: He was not going to let the People’s Republic of China take advantage of the United States.

“American leadership must meet this new moment of advancing authoritarianism, including the growing ambitions of China to rival the United States,” Biden said at the beginning of his speech.

“We must start with diplomacy rooted in America’s most cherished democratic values: defending freedom, championing opportunity, upholding universal rights, respecting the rule of law and treating every person with dignity,” Biden said.

“And we’ll also take on directly the challenges posed by our prosperity, security and democratic values by our most serious competitor, China,” Biden declared.

The new starting point that the United States should establish with Beijing is not one that will make the Chinese Communist Party happy.

Then, Biden specifically focused on the well-being of the American working class — including how it related to U.S. relations with China.

“Every action we take in our conduct abroad, we must take with American working families in mind,” said Biden. “Advancing a foreign policy for the middle class demands urgent focus on our domestic … economic renewal.”

“If we invest in ourselves and our people,” Biden said, “if we fight to ensure that American businesses are positioned to compete and win on the global stage, if the rules of international trade aren’t stacked against us, if our workers and intellectual property are protected, then there’s no country on Earth — not China or any other country on Earth — that can match us.”

Promises Kept? Not So Much

So, how has Biden done in his strategic aims to “push back on China’s attack on human rights” and keep “American working families in mind” in every action America takes abroad?

“Genocide and crimes against humanity occurred during the year against predominantly Muslim Uyghurs and members of other ethnic and religious minority groups in Xinjian,” said the State Department. “These crimes were continuing and included: the arbitrary imprisonment or other severe deprivation of physical liberty of more than one million civilians; forced sterilization, coerced abortions, and more restrictive application of the country’s birth control policies; rape; torture of a large number of those arbitrarily detained; forced labor; and draconian restrictions on freedom of religion or belief, freedom of expression, and freedom of movement.”

While China continued to inflict these abuses on its own people, it also continued to run up a massive trade deficit with the United States.

So far in 2022, the Census Bureau has published the international trade numbers for the nine months from January through September.

But things have not gotten better in U.S.-China trade relations. They have gotten worse.

The Chinese Communist Party Is Happy!

This week, while attending the G20 summit in Bali, Indonesia, Biden met with Xi Jinping, the general secretary of the Chinese Communist Party.

“An upbeat photo in China’s main newspaper and comments by the foreign minister suggested that Beijing believes its relationship with Washington could improve,” said The Times.

“The prominent position of the photo on the front page of China’s main official newspaper spoke volumes: In it, the nation’s leader, Xi Jinping, smiled and shook hands with President Biden against a backdrop of Chinese and American flags.”

The Times reported that Chinese Foreign Minister Wang Yi told reporters of the Biden-Xi summit: “This meeting was both a continuation of exchanges up to now, and augurs a new starting point.”

The new starting point that the United States should establish with Beijing is not one that will make the Chinese Communist Party happy. It should be one that will pressure China to stop its human rights abuses and eliminate the trade imbalance that in the first nine months of this year has resulted in the American people sending a net of $309 billion to a Communist regime.

Terence P. Jeffrey is the editor-in-chief of CNSnews.com. To find out more about him, visit the Creators Syndicate webpage at www.creators.com.