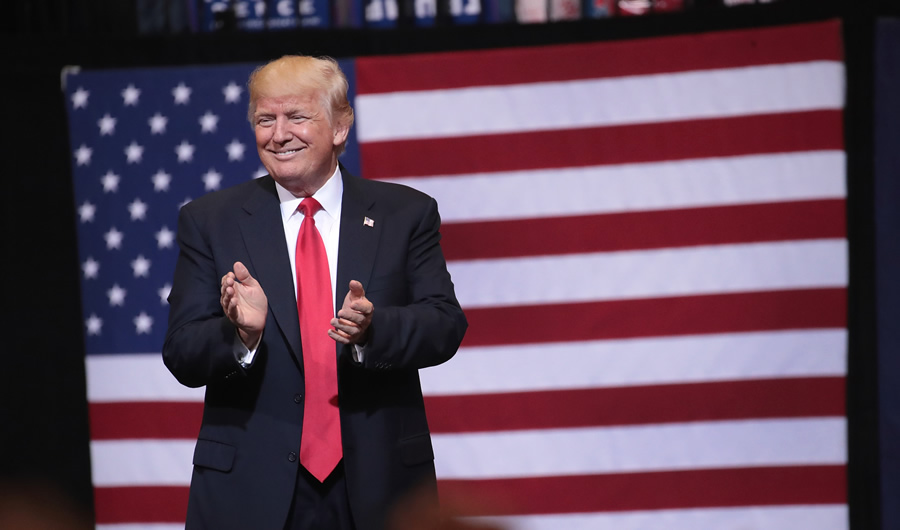 In this June 21, 2017, file photo, President Donald Trump arrives for a rally in Cedar Rapids, Iowa.

The Supreme Court‘s decision to allow portions of President Trump’s travel ban to proceed is a much-needed victory for the administration. The high court ruled that those “who lack any bona fide relationship with a person or entity in the United States” could be denied entry into the U.S. The ban targets those from six majority-Muslim countries, halting entry until “extreme vetting” can be conducted.

In doing so, the unanimous court affirmed — at least temporarily, pending a full hearing on the case in the fall — a president’s constitutional authority to determine whether people seeking admittance to the U.S. pose a threat to our safety and security.

The court also handed down a second victory, striking a blow against the decades-long discrimination against religious institutions, which the courts have treated as separate and unequal. More about that in a moment.

At the Constitutional Convention in Philadelphia in 1787, James Madison spoke to the heart of the immigration issue when he said the goal was “to invite foreigners of merit and republican principles among us. America was indebted to emigration for her settlement and prosperity.” Do potential immigrants from the six nations meet this standard? That’s what the vetting hopes to discover.

Some key phrases in the court’s ruling will need further definition in the next court term. The court said that immigrants from these six countries will need a job offer, proof of admission to an educational program, or a close family connection in order to be exempt from the 90-day travel ban, or the overall 120-day immigration pause.

What constitutes a close family connection? Would first or second cousins qualify? Suppose a family member is already in the country, but on a terrorist watch list and his brother wants in? Would that be OK? What if the job offer is from a group with ties to terrorism? Would that undermine the purpose of the temporary ban?

Perhaps these questions will be sorted out when the court hears the full case. This decision is significant because it overturned lower court rulings, which had found even the president’s modified executive order unconstitutional based largely on his campaign rhetoric and not the Constitution. It offers hope that the delays will be upheld as a proper exercise of presidential authority.

The other case involved Trinity Lutheran Church in Missouri, which applied for a grant from a state-run program to resurface their playground. Missouri denied the application saying that as a religious institution the church wasn’t entitled to state funds. The court ruled, however, that the state’s policy violated the church’s right to free exercise of its religion. Many believe the ruling could widen the legal understanding of the First Amendment’s “free exercise” clause, which has taken a beating since the ’60s, beginning with the outlawing of prayer in public schools.

While especially conservative Christians will find much to celebrate in this ruling there are reasons to be cautious. Couldn’t radical Muslims use this case to appeal for taxpayer dollars to help build Islamic schools, even mosques?

Another caution should come from history. When taxpayer money is involved, the government frequently seeks to assert itself by regulation and the limitation of speech and activities that go against a secular worldview. In the end, the Lutheran school might have protected itself against such intrusions by raising the money privately.

Still, even with these caveats, the court’s two rulings mark a welcome setback to the open borders crowd and those secular progressives who view the expression of any religious view in the public square the way a vampire views a cross. It has been a curiosity of mine that some people believe using God’s name as a curse word is speech protected by the Constitution, while claiming the opposite when it comes to speaking well of the Deity at a commencement ceremony.

Perhaps the Justices will try to split that legal atom in a future ruling.

Trump Expected to Advance Religious Liberty at the UN