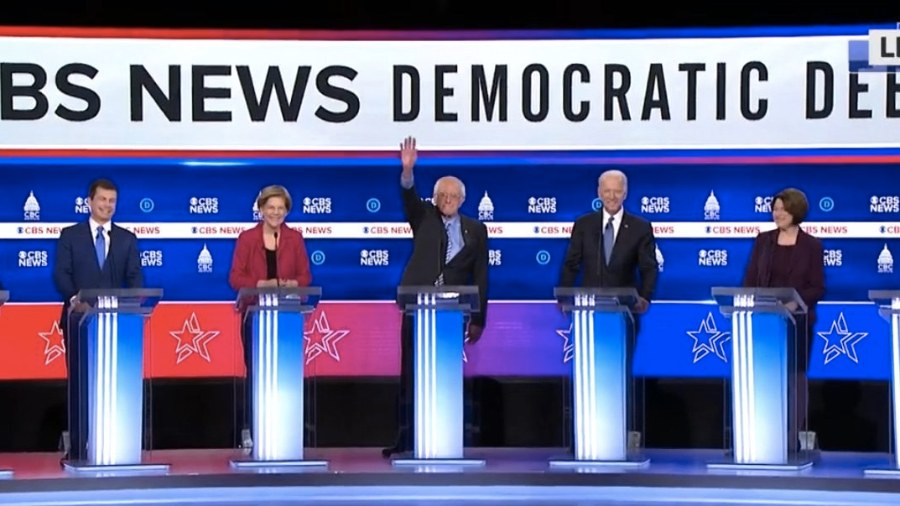 At an ethics forum at the University of Oregon in 2012, Christian author Dinesh D’Souza and atheist Michael Shermer were both asked by a concerned Christian, “In my understanding of Christ’s teachings, taking care of the poor and the sick was of utmost importance. So I was hoping you could talk about why you don’t think that universal healthcare is a very important question for Christians these days.”

In this election year his question still resonates. Is voting for universal health care a moral imperative for Christians? Is voting for socialized medicine in particular and socialism in general a more moral alternative to a free market economy?

D’Souza’s response raises two questions every follower of Jesus should consider as we try to be good stewards of our citizenship and our vote in 2020.

The Question of Compulsion

Dinesh said: “The question that is often ignored when the government is involved is the element of compulsion. The effect of compulsion is always to strip the virtue out of a transaction.”

(Text of the video)

Michael, if you and I are walking on the beach and I’m hungry and you have a sandwich, and I say, “Michael I’m hungry. Give me your sandwich,” and you say, “Yes, here it is.” I say, “Thank you.” Now that’s a moral transaction. You feel good about having done something good. I feel a sense of obligation. Maybe someday when I’m doing well I’ll give my sandwich to somebody else.

Now here’s a third situation: You and I are walking on that same beach, you have a sandwich, and here comes [the president] on a horse. He gets off the horse, puts a gun to your head and says, ‘Michael, turn over the sandwich to Dinesh.’ And so you do. And then he puts his gun down and rides away.

The outcome is the same. I mean, I have the sandwich. But the moral content of that transaction is completely different. You deserve no moral credit. You didn’t give willingly. I don’t even feel a sense of gratitude. I feel a sense of “entitlement.” I feel like you actually owe me seven sandwiches but you only gave me one.

So you can see how … the whole thing is confused when you bring in the element of coercion … The [giving of the sandwich] hurts you and benefits me. My point is that any government that robs Peter to pay Paul can obviously keep counting on Paul’s support. … But nevertheless, let’s consider the motives of the guy with the gun. Is he contributing his own sandwich?

Are You Contributing Your Own Sandwich?

A great question for any candidate who wants to move us toward more socialism: Are you contributing your own sandwich?

What is your motive behind compelling more Americans to redistribute their money to the poor and the sick? Is it a heart of authentic compassion? Are you leading by example?

If a candidate will not redistribute his or her own wealth, then what is the true motivation of their desire for political office? Is it the desire to wield power?

According to forward.com, while Senator Sanders has the most socialist platform, in 2016, the year he became a millionaire, “he gave $10,600 to charity — or just less than 1% of his income. (Based on 2014 IRS data, people who made more than $1 million that year took an average charitable deduction of 5.6% of their income.) Sanders’ campaign said that proceeds from his 2012 book, The Speech, are donated to charity and not reflected in his returns. Sanders boosted his charitable giving in the years since 2016, giving 3.4% of his adjusted gross income in 2018 and 3% in 2017.”

He Doesn’t Believe in Charities

Perhaps this is because, as Sanders told a United Way fundraiser in 1981, “I don’t believe in charities.” The New York Times noted that he went on to question the “fundamental concepts on which charities are based” and contended that government, rather than charity organizations, should take over responsibility for social programs.

Vermont Governor Snelling [also present] countered Mr. Sanders’ remarks, saying: “Charity is not a dirty word. We have discovered that you can’t buy caring.” Governor Snelling recognized the moral credit and authority of charitable giving, not under compulsion, but out of authentic compassion. Bernie doesn’t give much of his sandwich.

Neither does Mayor Pete at 1%. Or Senator Klobichar at 2%. Senator Warren gives 4%.

Why Not Redistribute Your Own Wealth?

This would be a great Town Hall question: If you believe it is more moral to redistribute wealth than letting people keep most of what they earn, then why do you not redistribute your own wealth? How do you hope to inspire Americans to pay higher taxes so that money may be more compassionately redistributed to the poor? Will taxes only be raised 1-4% in line with your own redistribution of wealth to charity?

If a candidate will not redistribute his or her own wealth, then what is the true motivation of their desire for political office? Is it the desire to wield power?

To Steyer and Blomberg and the rest of the candidates, we could ask a second question: What is your own track record of employing coercion to get people to do the “right” thing? What measures of coercion are you willing to propose in your respective platforms?

Senator Warren experienced the ire of a Dad who struggled to pay for his daughter’s college tuition now facing paying for other kids’ tuition. Will more Peters be forced to pay for Paul’s medicare for all, rent subsidy, guaranteed minimum wage, universal child care, etc.?

As mayor of New York, Blomberg used his power of coercion to ban sugary drinks larger than 16 oz. The Green New Deal will limit our freedoms in ways beyond counting. New York Times columnist David Brooks wrote that “the Green New Deal represents the greatest centralization of power, in the hands of the Washington elite, in our history.” Space does not permit a full discussion of all the new powers of coercion being proposed. But it’s a good question to ponder as we read the candidates’ platforms.

In The Gulag Archipelago, the story of his ten years in Soviet labor camps, Nobel winner Alexander Solzhenitsyn wrote: “In different places over the years I have had to prove that socialism, which to many western thinkers is a sort of kingdom of justice, was in fact full of coercion, of bureaucratic greed and corruption and avarice, and consistent within itself that socialism cannot be implemented without the aid of coercion.

“Communist propaganda would sometimes include statements such as ‘we include almost all the commandments of the Gospel in our ideology.’ The difference is that the Gospel asks all this to be achieved through love, through self-limitation, but socialism only uses coercion.”

As followers of Jesus may we love the sick and the poor and serve them well. May we give our presence to the prisoner and the bereaved and relieve their lonely ache. May we heal marriages and keep families together by incorporating them into our church families and surrounding them with encouragement and guidance. And may we do what only love and caring can do and coercion never can.