Why homeschoolers often stand out on the job market. 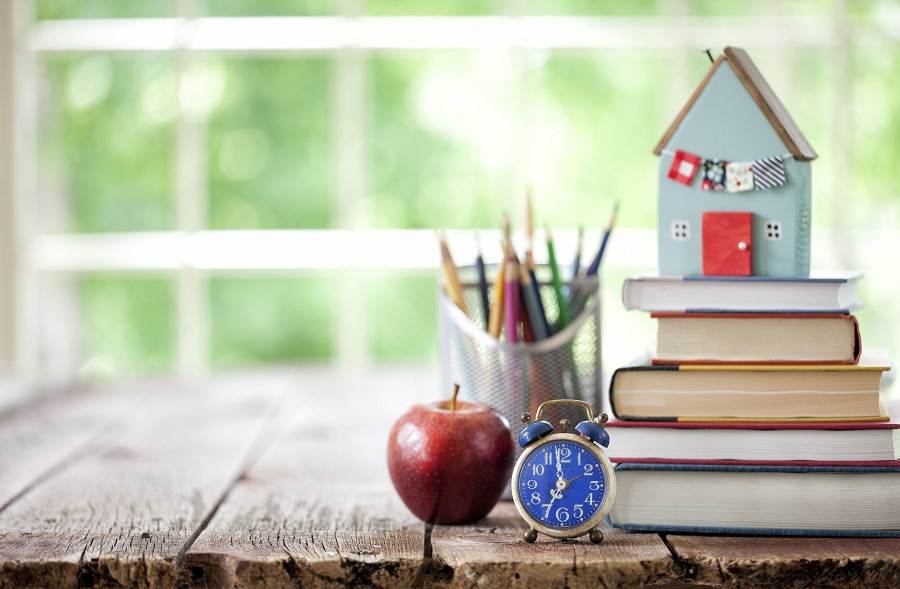 With more parents than ever before choosing or considering the homeschooling option, it can be helpful to hear how homeschoolers turn out.

According to the US Census Bureau, homeschooling has tripled this academic year from its pre-pandemic levels, with more than 11 percent of current K-12 students currently learning this way. Research reveals generally positive outcomes for homeschooled students. Harvard, despite some professors’ attacks on the practice, periodically spotlights the success of its homeschooled students. And Business Insider proclaimed that “homeschooling could be the smartest way to teach kids in the 21st century.”

For Brett Cooper and Saul Zimet, growing up homeschooled offered a host of opportunities and perspectives that were personally fulfilling and have led to both academic and career success. This month, Brett and Saul joined three other promising young communicators in FEE’s new Henry Hazlitt Project for Educational Journalism. As Hazlitt Fellows, they will spend the next several months researching and publishing articles and other content emphasizing the principles of personal and economic freedom that the great journalist and FEE founding board member, Henry Hazlitt, celebrated throughout his life and career.

In fact, discovering Hazlitt as a college student was what inspired Saul to explore these principles more deeply. “The one that made things click for me was Economics in One Lesson, by Henry Hazlitt, which made me realize the relationship between moral value and economic value, and got me interested in free-market economics,” Saul told me. “Ever since I read that book I’ve been unendingly interested in economics as a lens through which to view the well-being of societies.”

Saul grew up unschooled in Durham, North Carolina, learning in an unstructured, self-directed way tied to his interests. Unschooling, as I write in my book on the topic, is a homeschooling approach that disentangles education from schooling and allows young people much more freedom and autonomy than they would encounter in a conventional classroom or in traditional, school-at-home versions of homeschooling.

“My homeschooling experience growing up was very relaxed, and there were no scheduled or structured lessons unless I asked for them,” says Saul. “I spent my days working on self-directed projects, traveling when possible, hanging out with friends, reading and learning from adults in my household and the community, and generally exploring life.”

“I think being homeschooled, especially in such a self-directed way, taught me to always go after success on my own and seek a new path in life instead of just following orders and staying on the rails of others’ expectations,” says Saul. “The way I grew up, nobody was going to make me accomplish anything if I didn’t want to, and under those conditions you find out pretty quickly that you want to, and you find your own way of doing it.”

Brett also enjoyed homeschooling’s freedom and flexibility while growing up in various parts of the country, including Washington, Tennessee, Georgia, and California. Her mother, who worked for a major textbook publisher and was active in Ayn Rand’s Objectivist and libertarian circles (she adopted Rand’s cat after she passed away in 1982), pulled Brett out of a public magnet school in the third grade when the school couldn’t accommodate Brett’s accelerated reading level.

Brett began following a classical education model that focused on reading classic literature and delving deeply into math and science through various curriculum resources, including Saxon math. Beginning in sixth grade, Brett enrolled in the online Laurel Springs School. She passed the California high school equivalency exam at age 13, but decided she wanted to try a year of traditional high school to see what it was like. A child actor who was passionate about theatre and dance, Brett attended a highly-regarded public performing arts high school in Atlanta for freshman year, but found it confining and lacking in intellectual rigor.

“I did really well there, finishing the year ranked first in my class, but I hated every minute,” Brett told me in a recent interview. “I wasn’t challenged academically, so I took two online Advanced Placement classes in addition to my schoolwork, while balancing rehearsals and other activities. I hated being boxed in. I didn’t like the gossip culture. I knew I was ready to go after the first semester but committed to the full year,” she said.

After her high school experiment, Brett returned to online coursework through Laurel Springs, finishing at age 15. She then attended community college in California for two years, and applied to and was accepted into her three, top-choice universities: UCLA, University of California at Berkeley, and Columbia. She chose UCLA and transferred all of her community college credits, matriculating as a junior at age 17 and saving a bundle of money on college tuition. She just graduated in 2021 at 19 with a BA in English Literature and a minor in business, and will be attending the University of Idaho for a joint JD/MBA program this fall.

“Homeschooling allows us to find the things we are interested in and follow that to the fullest extent,” explains Brett, who hopes the Hazlitt Project will help her to fine-tune her journalistic writing skills and produce cutting-edge content.

FEE’s Director of Content, Dan Sanchez, heads up the Hazlitt Project. While reviewing applications and interviewing candidates, he found that homeschooled applicants stood out for having interesting backgrounds, varied interests, a zest for learning, high self-confidence, and stellar written and verbal communication skills.

“I’m homeschooling my own daughter,” Dan said, “so it’s exciting to see grown homeschoolers like Brett and Saul really flourishing.”

FEE’s Brand Ambassador and Content Manager, Hannah Cox, coordinates the Hazlitt Project (including the application review process) and coaches the fellows. She herself was homeschooled.

“Homeschooling,” observed Hannah, “allows children to think outside the box, explore their creativity, and develop their sense of self away from the pressures of an overly regimented environment. I’m not surprised in the least that several of our top candidates were former homeschoolers and it’s wonderful to watch them come into their own and use those skills to further liberty.”

This year’s school closures and pandemic policies motivated many families to opt out of conventional schooling for homeschooling. It’s estimated that more than 5.5 million children are now being homeschooled, and public school enrollment dropped in most states during the 2020/2021 school year. With fall back-to-school plans still murky, many parents may decide to continue homeschooling for another year or pull their kids out of school and give homeschooling a try.

Brett hopes more parents will do this. She says that successful homeschooling all comes down to the commitment of parents to help connect their children’s interests to available community resources, extracurricular activities, and curriculum or learning tools while encouraging their passions. She reminds prospective homeschooling parents: “You’re taking on their socialization as well as their education.” But she also says that she hopes more parents will realize that they don’t need to have a stay-at-home parent or a traditional homeschooling approach to make homeschooling feasible — especially now with so many online learning opportunities. Her mother and father both worked, and would often bring Brett along to their workplaces, but parent involvement in her education and extracurriculars was key.

Saul also has some reassuring words for parents who are considering the homeschooling option. “My advice would be to not worry too much about what your kids are doing with the freedom of homeschooling,” he says. “They’ll learn things, develop great skills, and build social lives without being forced to, because that’s what human beings want to do.”

Saul adds: “You might not instantly recognize the use of those skills, because it won’t be the cookie-cutter education that you’ve come to expect, but ultimately the uniqueness of a homeschooler’s repertoire of knowledge is an advantage in life and business, not a disadvantage.”

Kerry McDonald is a Senior Education Fellow at FEE and author of Unschooled: Raising Curious, Well-Educated Children Outside the Conventional Classroom. She is also an adjunct scholar at The Cato Institute and a regular Forbes contributor. Kerry has a B.A. in economics from Bowdoin College and an M.Ed. in education policy from Harvard University. She lives in Cambridge, Massachusetts with her husband and four children.