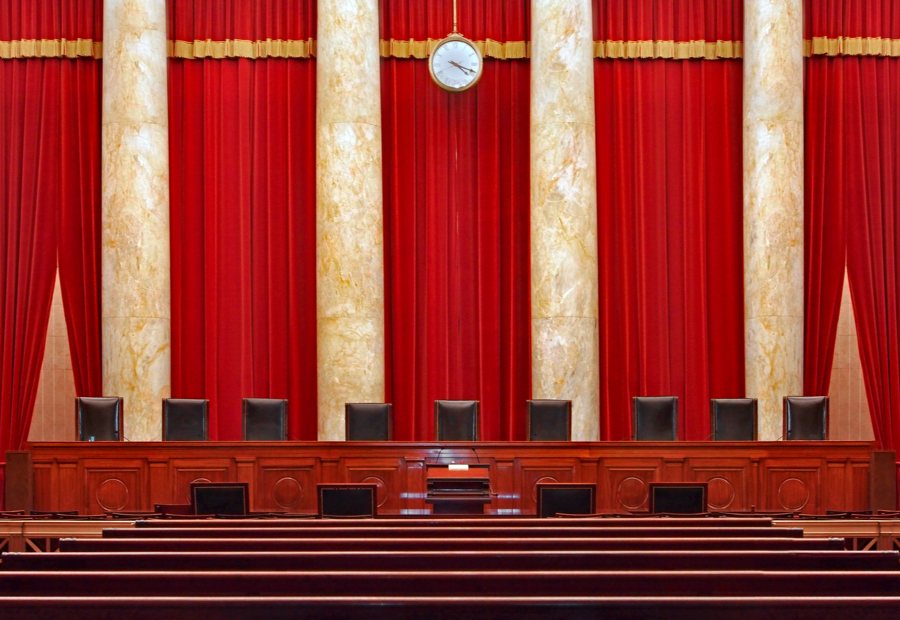 On Thursday, we examined the dangers of court-packing (“Democrats Have Gone Full-On Dictator Mode”), with a warning that now just one Democrat senator — Joe Manchin — might stand between sanity and the complete politicization of the Supreme Court. That is too close for comfort.

Let’s turn to George Washington University law professor Jonathan Turley, one of our favorite legal experts, who has been following every move since the Democrats started talking seriously last fall about doing this. He describes their effort as “about as subtle as a B-52 run.”

A Test of Principle for Democrat Members of Congress

“It dispenses with any pretense of principle,” he said Thursday on Fox & Friends. “It’s like a hostile takeover of the court.” He called it a test of principle for Democrat members of Congress.

Uh-oh. If Democrats are being tested on principle, we know how that will go.

This is raw, unadulterated court-packing.

Turley, a Democrat, wants to see some fellow Democrats come forward and say, “This is raw, unadulterated court-packing” (which it is). He’s correct in saying that this has always been viewed as wrong, ever since President Franklin Roosevelt tried to do it in the 1930s. Democrats jumped ship then — will they do it now? Given the nature of today’s Democrat Party, that seems highly unlikely.

This Should Horrify Americans

Turley pointed out something I said yesterday, that some leftist icons, even Justices Stephen Breyer and Ruth Bader Ginsburg, have opposed expanding the Court. He also noted that when Breyer very reasonably criticized the move, leftists started a billboard campaign calling for him to retire.

“I never thought I would see the day,” Turley said, “when the House Judiciary Chairman [Jerrold Nadler, a co-sponsor of the bill] would stand up for raw court-packing. It’s really breathtaking.”

He said Biden was correct in 1983, when he said this was “a terrible, terrible idea.” But now Biden is “equivocating, trying to play to the far left.” He said that “you can’t be a party that stands for constitutional values and be in favor of court-packing.” Turley is worried even that we have members of Congress willing to participate in the effort to do this.

“What they’re doing should horrify Americans.”

“This is not ‘reforming’ the Court,” Turley said, “it’s packing it.” I would add that any time Democrats use the word “reform,” watch out. It means they want to tear down and replace with something terrible.

He noted that even though he disagreed with Republicans when they refused to give Supreme Court nominee Merrick Garland a hearing, Democrats’ calling that “court-packing” and using it to justify what they’re doing now is “as bizarre as their definition of ‘infrastructure.’” And what the Republicans did was entirely constitutional.

Entirely Political — Driven by the Most Extreme Voices

Turley was making the rounds of talk shows on Thursday, on the heels of Nadler’s introduction of the bill that would expand the Court from 9 to 13 justices. “What’s driving this is the most extreme voices in our politics,” he said on Tucker Carlson Tonight.

This is entirely political, he said. “It’s treating the Supreme Court like it is a glorified FCC with life tenure, you’re just adding members, essentially because of their alliance with your agenda.”

He said that today’s politics is about being “a berserker…who’s willing to lay waste to any institution or tradition on the way to final victory.” He’s right; we’ve seen them do it.

On April 10, after President Biden announced his intention to form a commission to study this idea, Turley said that even though he himself has long spoken favorably of very gradually adding justices, the way this is being done is “raw court-packing,” pure and simple, “a quick expansion to create an unassailable liberal majority.” Here is that commentary in full.

In October, when Democrats were floating the possibility of doing this, it was apparent that voters were opposed.

But since when have Democrats cared what voters wanted? The government is supposed to take its power from the consent of the governed, but Democrats don’t give a flip. We know voters don’t want no-ID voting. They don’t want thousands of people pouring over the southern border. They don’t want police departments defunded — let alone disbanded — with violence escalating and cities burning. Court-packing is one more terrible idea. So in order to get it past the voters who really don’t want it, Democrats are trying to reframe the discussion and confuse them as to exactly what “court-packing” is. To fool them.

The Talking Points Make No Sense

Believe it or not, they’re saying we need more justices because the country is growing. I know, this make no sense. Why not expand the Presidency then, and make it a committee? Besides, the Court is supposed to rule on the Constitution, basic laws and freedoms, and these have nothing to do with the size of the population.

Even last fall, Rep. Chris Coons was trying to tell voters that simply replacing a liberal justice with a more conservative one such as Amy Coney Barrett was court-packing. That’s not what it is.

Here’s how they’re falsely presenting it to the “progressive” audience, as stated by New York Rep. Mondaire Jones. Prepare to be disgusted, particularly by his produced political ad that The Daily Caller includes. You have my permission to bail if your head feels ready to explode.

The Judiciary is the Last Domino

Rep. Kevin McCarthy spoke to Sean Hannity Thursday night about the reason leftists are pushing so hard for this, explaining that the Supreme Court is the one branch of government that potentially stands in the way of an extreme agenda. Right now, they’ve got the Executive and Legislative branches; the Judiciary is the last domino. The only thing that stands in their way is the Constitution.

“Do not trust Nancy Pelosi,” he warned, “when she says she will not move it. Remember, that’s what she said about impeachment, before she moved impeachment twice.” He also pointed out that with just three more legislators, Republicans would be the House majority. That’s how slim the margin is. (Again, they don’t care about “consent of the governed.”)

He said that what Democrats are doing, changing the system to cement their power after winning an election, is very much like what Hugo Chavez did in Venezuela. He started out as a democratically-elected leader, and then the changes began.

Tammy Bruce of the Independent Women’s Forum, also a Fox News contributor, made it clear on Thursday how serious this is. She used to be on the left herself, and she knows how they operate. “For them, power is the animating factor,” she said. “Not negotiating, not the American people…” She pointed out that they’ve already “packed” many of our cultural institutions — why would they stop now?

The only people who can stop them are the Republicans, she said. “And Mitch McConnell needs to step up and do what he threatened to do once before, which was gum up the works so that nothing would get through. We need to hear that kind of fight in him and other Republicans again.”

He must stop this. And if we want him and the rest of them to fight, we have to demand it.