Try This Simple, Three-Step Maneuver When You’re Hit with a Barrage of Objections 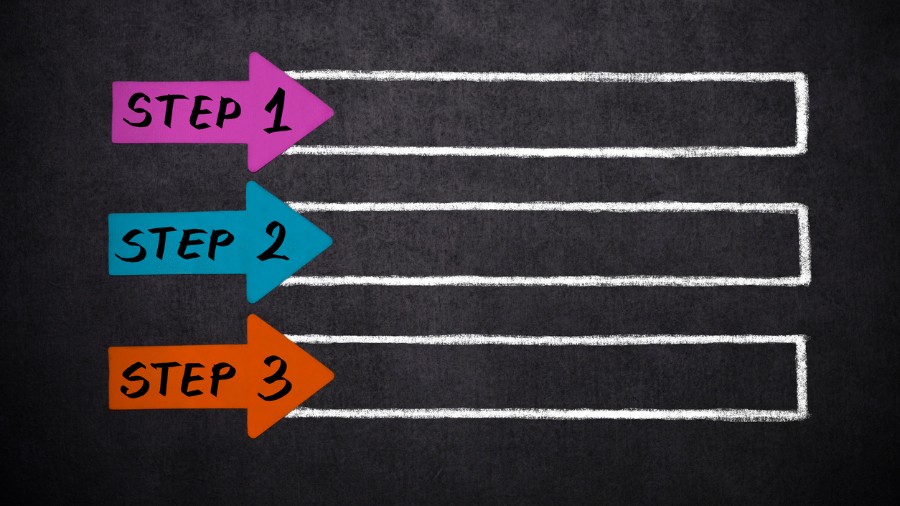 Running the gauntlet is no fun. Historically, it was a military punishment. Offenders were forced to run between two lines of soldiers who would beat them with sticks. Like I said, not a party.

Sometimes, though, you’ll have to run a gauntlet of sorts, too. Occasionally you’ll be battered by a barrage of challenges coming at you in rapid-fire succession — sometimes from an individual and sometimes from a group ganging up on you with each one delivering his own broadside at your convictions.

Steamroller types — critics who constantly interrupt, piling objections on top of objections — are clear offenders here, and in Tactics I offer a precise strategy to manage their interruptions. Many who make you run the gauntlet, though, are not malicious — the contenders aren’t necessarily rude or looking to draw rhetorical blood — but the sheer number of their challenges can still be overpowering.

You’ll confront the gauntlet in face-to-face encounters with others, but you’ll also confront it in print or on webcasts, in something you’re reading or watching.

Here’s one example from an internet interview of Green Bay Packers quarterback Aaron Rodgers by IndyCar racing icon Danica Patrick. Rodgers had a seemingly rich religious life growing up as a Christian, but then his concerns about Christianity led him in a different spiritual direction:

Religion can be a crutch … something that people have to have to make themselves feel better. And because it’s set up binary, it’s us and them. It’s saved and unsaved. It’s heaven and hell. It’s enlightened and heathen. It’s holy and righteous and sinner and filthy …. What type of loving, sensitive, omnipresent, omnipotent being wants to condemn most of his beautiful creation to a fiery hell at the end of all this?

So, what do you do when you’re getting banged about by a bunch of challenges like these? I want to offer you a simple, three-step tactical maneuver to help you run that gauntlet without getting thrashed: slow down, isolate, and assess.

First, when hit with a tsunami of objections, slow things down, especially when facing a group. Part of the power of the gauntlet is its ability to disorient and confuse, so take a moment to collect your thoughts. I’ve sometimes said, “Wow. There’s a lot there. Give me a moment to take it all in.” Do the same when reading or watching. Don’t panic. Instead, take a deep breath, pause, then ponder.

What do I ponder? That’s the second step. I carefully isolate the specific concerns, extracting them from the rhetorical noise. The sheer volume of piled-on charges can seem overwhelming. Isolating the claims breaks the larger challenge into parts I can deal with one at a time.

You might say, “Let me see if I understand you. It seems to me your concerns are …,” then list them as clearly, as accurately, and as fairly as you can. Don’t let an aggressive group gang up on you. Calmly say, “Hold on. One at a time, please.”

Some charges are explicit and some are implied. Get them all out in the open. In Rodgers’s case, there are three. One, religion can be a crutch people need to feel better. Two, religion sets up binary “us and them” categories that seem abusive. Three, a good, noble God wouldn’t “want to” condemn people to a fiery hell.

Assess the Challenges One by One

Now our third step: Assess the challenges one by one, as you’re able.

What of the “crutch” claim? With this one, I always move towards the objection,* not away from it. I embrace it. Yes, Christ is a kind of “crutch.” That’s because handicapped people need crutches. Everyone has a crutch (even Rodgers) since fallen people are disabled in different ways. Here’s the real question: Can the crutch they’re leaning on hold them? Christ can. And yes, of course true forgiveness makes us feel better. That’s a virtue, not a vice.

Now the “binary” issue. Again, I move towards the objection. Religion is binary. Non-religion is, too. Virtually everything important is clarified with binary categories. With doctors it’s “sick” and “healthy.” With justice it’s “innocent” and “guilty.” With religious claims it’s “true” or “false.” With Rodgers it’s “those who divide people into binary categories” and “those who don’t,” or maybe “us progressives” and “them conservatives.” It can’t be avoided. What’s the alternative?

What of the character of God? Notice the qualities Rodgers left out of his list: justice and holiness. Isn’t God also good? And does a good God treat evil people the same as good people? Isn’t that precisely the complaint with the problem of evil: Why doesn’t a “loving, sensitive, omnipresent, omnipotent being” do something? These are questions Rodgers needs to answer, but they are not problems for us.

The assessment step is something you may need to do on your own, at your leisure, when the pressure is off. That’s okay. Most of us are not quick on our feet facing a barrage of challenges unless we’ve prepared for them in advance.

So, whenever you face a gauntlet, remember these three steps. First, slow things down. Second, isolate the objections. Third, assess their significance. It’s a good way to sidestep a thrashing.

*See Tactics, 10th Anniversary Edition, chapter 18, for an explanation of this move.

Greg Koukl founded Stand to Reason in 1993 and currently serves as President of Stand to Reason. An award-winning writer and best-selling author, Greg has written seven books, including The Story of Reality — How the World Began, How It Ends, and Everything Important that Happens in Between; Tactics — A Game Plan for Discussing Your Christian Convictions; and Relativism: Feet Firmly Planted in Mid-Air. Greg has been featured on Focus on the Family radio and has been interviewed for CBN and the BBC. He’s been quoted in Christianity Today, the U.S. News & World Report, and the L.A. Times.

If You Inherited a Fortune Today, Would You Be at Work Tomorrow?

Judge Not! It’s Not About the Rules