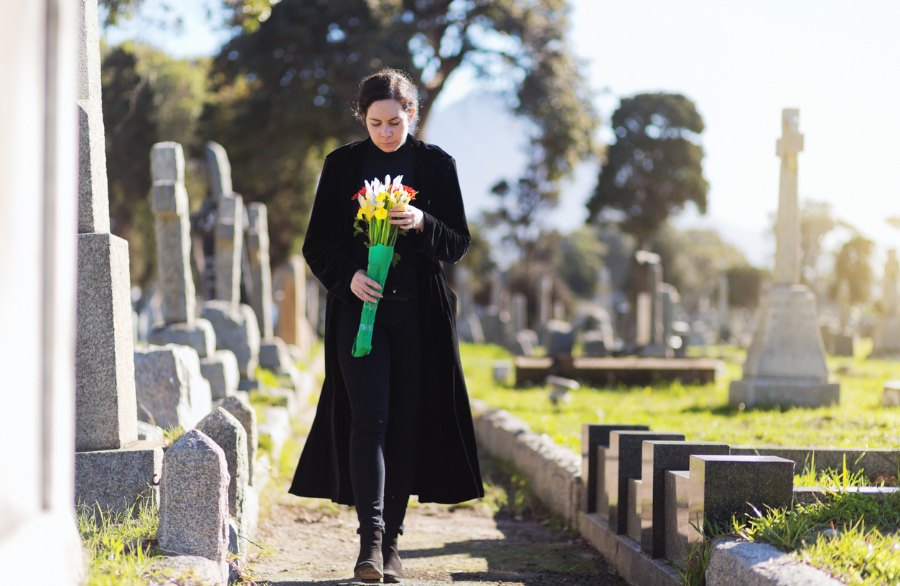 Here is a question I want to encourage you to start asking: What’s the alternative? In the right circumstances, it can be a powerful query. Let me tell you why.

Christianity is not entirely tidy. We know this. There will always be questions we won’t be able to answer, enigmas we probably will never completely unravel. When I encounter our own imponderables, though, I ask myself the question: What’s the alternative? One current example is enough to show you how this works.

Since April 20, 1999, when the lives of fourteen teenagers were snuffed out at Columbine High School in Littleton, Colorado, there has been a frightening surge of such massacres — gunman mowing down innocents in public places. One incident — the killings at the Borderline Bar — happened just two miles from my home in Thousand Oaks, California.

One thought crossed the minds of many — maybe even you — that never crossed mine. I never asked, “Where was God?” I never wondered how anyone could believe in God in the face of heart-rending, mind-numbing tragedy. It never occurred to me that egregious evil inveighed seriously against my own Christian convictions.

I understand the impulse behind the question, of course. Bertrand Russell, the great 20th century British philosopher and atheist, asked, “How can you talk about God when you’re kneeling at the bed of a dying child?” The number is legion of those who have abandoned their faith in the face of such tragedies. I get it.

Yet I want you to think about something that may not have occurred to you regarding the spate of mass killings that have been rocking our communities in recent years: What’s the alternative?

There’s No Such Thing as “Evil” or “Wicked” Without God

For many, the answer is atheism, but that alternative comes at a price, lucidly described by atheism’s most colorful and prolific apologist, Richard Dawkins:

Let those words sink in. In a world bereft of God, there are many ways to characterize hurricanes, tsunamis, terrorist attacks, or a gunman’s malicious bloodletting: unpleasant, sad, painful, even ghastly. Yet if God doesn’t exist, the one thing we can never do is call such human destruction “evil” or such wanton murder “wicked.”

Yes, for atheists God is gone, but the problem of evil remains — and atheism gives no traction for us to make sense of our moral outrage. Judgments like these require some transcendent reference point, some way of keeping score. Words like “evil” or “tragic” are parasitic on a standard of moral perfection. In atheism, no such standard exists.

As Christian philosopher William Lane Craig once asked, “What is the atheist Bertrand Russell going to say while he’s kneeling at the bed of that dying child? Too bad? Tough luck? That’s the way it goes?”

Atheists are struck dumb in the face of calamity and catastrophe. No happy ending, no silver lining, nothing but devastating, senseless non-evil. They cannot speak of the patience and mercy of God. They cannot mention the future perfection that awaits all who trust in Christ. They cannot be comforted that a redemptive God is working to cause all things to work together for good to those who love Him and are called according to His purpose. They have no “good news” of hope for a broken world. Their worldview denies them anything but tormented silence.

Theism’s alternative, atheism, robs us of our commonsense moral judgments regarding appalling evils. Atheists are left with what Bertrand Russell, in a candid and lucid moment, called “the firm foundation of unyielding despair.” That’s the alternative.

This is why my own reaction to the bloodshed was different. Yes, my heart agonized, but my core convictions were actually strengthened. It’s not that I’m impervious to doubt or that my own faith is so strong it’s unassailable. Neither is true. Rather, the alternative is out of the question.

I have often said that Christianity is the best explanation for the way things are. Even with its “loose ends,” it still covers the troublesome bases so much better than any other option. Christianity doesn’t have to explain wanton evil; it predicts it. Catastrophes like these are exactly what we should expect if the Christian take on reality is actually true. Egregious evil is part of our story. And our story isn’t over yet.

So if anyone asks you (or if you ask yourself), “Where was God?” when faced with heart-rending challenges, here is the question I want you to consider: What’s the alternative? The gospel continues to be the only real hope for a broken world. It’s the best explanation for the way things are.

Why the Problem of Evil is Still a Problem — For Skeptics, Too