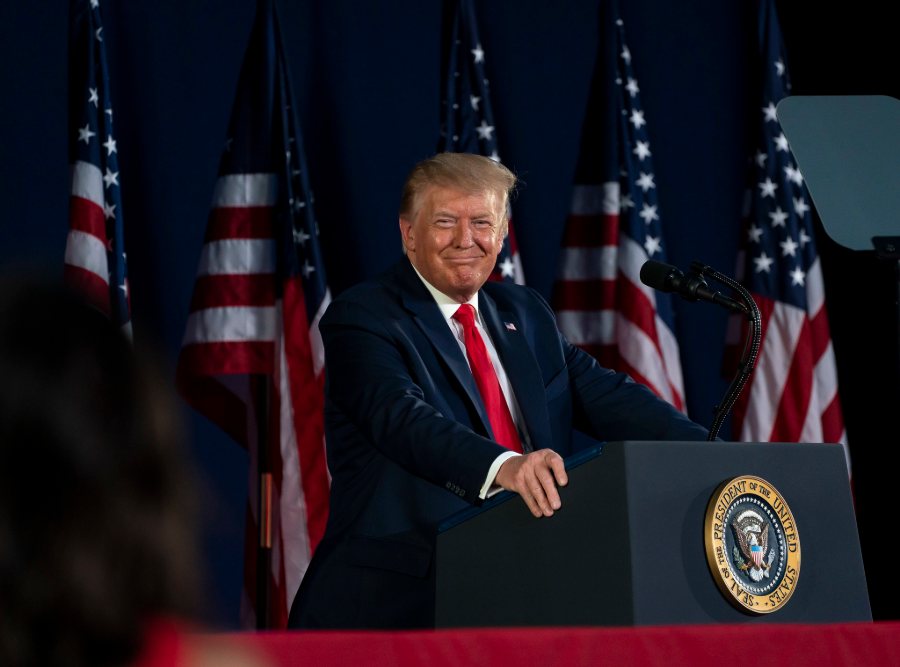 As baseball great Yogi Berra said, “It’s déjà vu all over again.” Didn’t we already go through a Trump impeachment trial? Gosh, time flies; that was a little over a year ago, when we should have been focusing rapt attention on more important things, such as a tiny virus making its way from Wuhan, China, to America.

Déjà Vu All Over Again

But nothing is as important as attacking Donald Trump. For that, everything that normally would be on the agenda must be set aside, as if nothing else is happening in the world. A virus doesn’t put itself on hold.

Well, Trump-haters can’t go much longer than a year without impeaching and trying him all over again, even when he’s no longer in office, so settle in for “Trump’s Impeachment Trial: the Sequel.” And, again, we have the virus, only now it’s full-blown and even mutating. This time we also have the looming prospect of unchecked immigration (as Americans are still masked-up to “stop the spread” — makes no sense) and el presidente de Mexico getting ticked-off about invading Guatemalans, thanks to Biden’s insane new border policy. Still, everything going on in Washington D.C. will be tabled, probably for about a week, as they pull out all the stops to remove a president who is already gone.

Have They Heard of the Fifth Amendment?

Wisely, Trump won’t participate in this charade at all. But as we reported last week, House Impeachment Manager Jamie Raskin of Maryland wrote him to call for his testimony under oath during the proceedings. In an unbelievable letter, he let Trump know that if he didn’t testify, his refusal to do so would be used against him by senators to assume guilt.

“If you decline this invitation,” Raskin wrote, “we reserve any and all rights, including the right to establish at trial that your refusal to testify supports a strong adverse inference regarding your actions (and inaction) on Jan. 6, 2021.” Um, has Raskin not heard of the Fifth Amendment? They don’t have such a right.

Smarmy California Rep. Eric Swalwell pulled a similar stunt during the first impeachment, when he said Trump’s citing of a defense such as privilege to avoid handing over documents should be taken as evidence of guilt on the underlying accusations. Swalwell, who is not above cozying up to Chinese spies while sitting on the House Intelligence Committee, has long demonstrated that he will repeat any lie and violate any principle for the sake of his party.

Anyway, legal expert Jonathan Turley, in a piece for Fox News that appeared over the weekend, said that this idea of inferring guilt “contradicts not just our constitutional principles but centuries of legal writing.” He called the letter from Raskin “extraordinary and chilling.”

A Political Process or a Constitutional One?

Turley rejects the idea that many have spouted that an impeachment is a political process, not a legal one. It’s simple even for a layperson like me to see why. If there were no legal moorings whatsoever, legislators could treat their “victim” virtually any way they chose. If something as basic as the Fifth Amendment isn’t to be taken seriously, we really are in banana-republic territory.

Yes, these are politicians — first and foremost — but as Turley pointed out, they are also bound by oath to abide by the standards and procedures laid out by the Constitution for impeachments. In other words, the accused does have rights, and the Senate doesn’t get to throw those rights out the window. They’ll sure try, though. As Turley put it, “No principle seems inviolate when it stands in the way of a Trump prosecution.”

“It is true that this is not a criminal trial,” he said. “It is a constitutional trial. As such, the Senate should try an accused according to our highest traditions and values. That includes respecting the right to remain silent and not to have ‘inferences’ drawn from the fact that (like prior presidents) Trump will not be present at the trial or give testimony.” Turley also cited decisions in two cases that make it very clear how important the Supreme Court thought this was, and he showed that Congress has historically amplified this right in the wording of laws it has passed.

No Price Too Great to Pay

He closed his piece with a zinger:

This is not the first time that reason has been left a stranger in our age of rage. There appears no price too great to pay to impeach or prosecute Trump. Now, the House is arguing against one of the very touchstones of our constitutional system and legal experts are silent.

Well, most legal experts. Fortunately, there are a few, such as Turley and Alan Dershowitz, who brave the tide of cancel culture and speak out for the Constitution. But this is rare.

For example, it certainly would have been helpful if Chief Justice John Roberts had commented on his decision not to preside at the trial. Perhaps, as I’ve speculated, he reasoned that his non-action should speak for itself. All right, Justice Roberts, it tells me that you think the so-called impeachment trial of a former president is not part of your constitutional duty and is, in fact, not a real trial. So far, they certainly haven’t been conducting it as one, and I don’t expect that to get better. One clue: Sen. Patrick Leahy is officiating.

For readers with a premium subscription to The Epoch Times (highly recommended), Jack Phillips has a good commentary on Turley’s concerns.

Finally, as we await Leahy’s opening gavel, evidence continues to grow that the “insurrection” Trump is accused of “inciting” was planned well in advance, with some activity going back as far as November and accelerating after Christmas. They used social media to set up training, case locations, identify commanders on the scene, and request cash in addition to combat and communication gear. John Solomon says that over half a dozen have already been charged for conspiracy to commit violence because of activity predating January 6 .

Because of the established timeline, we already knew that the people involved in the incident were already at the Capitol Building, far away from Trump, and weren’t even hearing his speech.

Two questions: 1. How much did the FBI know about this plan in advance of the Trump rally? And, 2. Is it even possible — is it in their DNA — for Democrats (or at least the 10 Republicans going along with this circus) to realize and admit they were wrong? As Ken Starr said, “[House lawmakers] made a huge, colossal mistake. So walk back, and apologize to the former president, apologize to the American people [saying] that ‘I never should have voted in favor of this without the benefit of all the facts. I rushed to judgment.’”

Don’t look for anything that sensible to happen. As Yogi Berra also said, “The future ain’t what it used to be.”