52 targets: one for each of the hostages held during the Iranian hostage crisis. 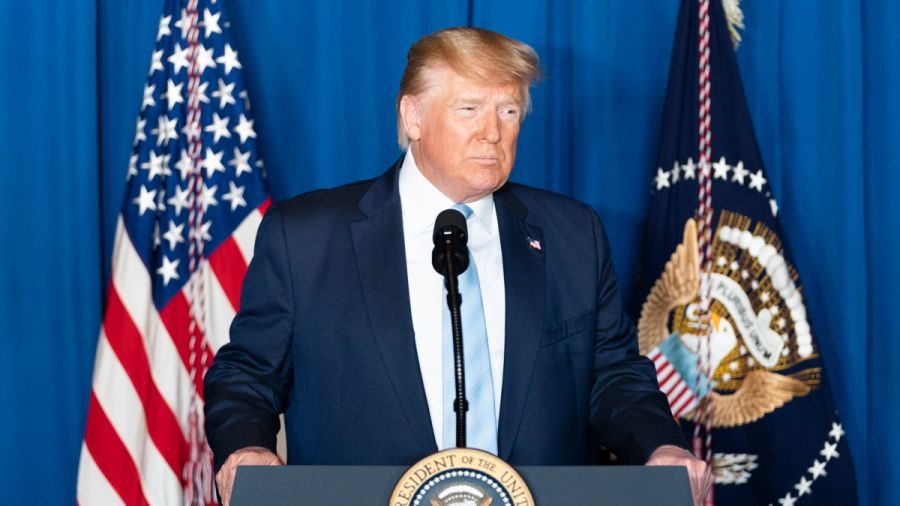 President Donald J. Trump delivers remarks on the death of Soleimani at Mar-a-Lago on Friday, January 3, 2010, in Palm Beach, Florida.

President Donald Trump said Saturday that the U.S. has identified 52 Iranian targets that will be struck “very fast and very hard” if the Islamic regime seeks revenge for the airstrike that killed Qasem Soleimani, the leader of the Quds Force.

“Let this serve as a WARNING that if Iran strikes any Americans, or American assets, we have … targeted 52 Iranian sites (representing the 52 American hostages taken by Iran many years ago), some at a very high level & important to Iran & the Iranian culture, and those targets, and Iran itself, WILL BE HIT VERY FAST AND VERY HARD,” Trump tweeted.

“The USA wants no more threats!” he added.

Iran is talking very boldly about targeting certain USA assets as revenge for our ridding the world of their terrorist leader who had just killed an American, & badly wounded many others, not to mention all of the people he had killed over his lifetime, including recently….

….targeted 52 Iranian sites (representing the 52 American hostages taken by Iran many years ago), some at a very high level & important to Iran & the Iranian culture, and those targets, and Iran itself, WILL BE HIT VERY FAST AND VERY HARD. The USA wants no more threats!

Trump’s tweet comes after Iranian officials, including Iran’s ambassador to the United Nations, threatened retaliation for the airstrike that killed Soleimani.

“We can’t just close our eyes to what happened last night. Definitely there will be revenge, a harsh revenge,” Majid Takht Ravanchi, the ambassador, told CNN’s Erin Burnett Friday.

Trump ordered the strike Thursday against Soleimani near the Baghdad airport. Abu Mahdi al-Muhandis, the leader of Kata’ib Hezbollah, a terrorist group linked to Iran, was also killed in the strike.

Trump said Friday that he ordered the strike because Soleimani was preparing an “imminent” attack against U.S. interests in the Middle East. The State Department has said that Soleimani, 62, was responsible for the deaths of 603 U.S. service members since 2003.

Former CIA Deputy Director Michael Morell said Friday that Iran is likely to try to kill an American government official or American civilians as part of a tit-for-tat in response to the Soleimani strike.