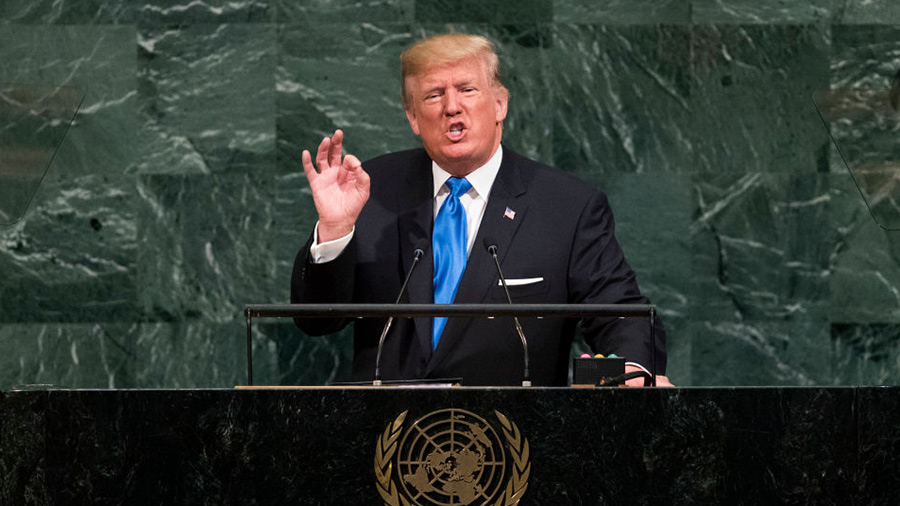 Heads of state will flock shortly to Turtle Bay for the annual meeting of the United Nations General Assembly. They have no better opportunity to highlight perhaps the most important human rights issue of our times — religious freedom.

President Donald Trump ought to take concerns over this most basic of human liberties center stage at the U.N. after the 74th session of the General Assembly opens Sept. 17.

That said, when politicians gather to discuss the issue they wind up sounding a lot more like politicians than problem solvers, producing paeans of climate orthodoxy mixed with sanctimonious and self-serving speechifying.

No one will be surprised when Trump rightly decides to skip this Climate Action Summit.

The Example of Reagan

What the president should do is organize a sidebar meeting on religious liberty. Let’s be honest, the U.N.’s track record of late has been far less than stellar.

Some nations have promoted “blasphemy laws,” which are little more than cover for suppressing free speech and religious toleration, others an anti-Israel agenda that looks like little more than blatant anti-Semitism.

Meanwhile, an ocean of real-world oppression has been inadequately addressed, from the persecution of Christians in the Middle East to the horrors perpetrated on the Rohingya people in Myanmar and the imprisonment of Uighurs in China.

This administration hasn’t been shy about addressing human rights issues.

Vice President Mike Pence and Secretary of State Mike Pompeo have been particularly forceful, persistent, and persuasive. In part, that’s because the president has their back. There is a reason for that.

Trump has no greater exemplar than than Ronald Reagan. On defense, the president has followed the Reagan mantra of “peace through strength.” On foreign policy, Reagan would be the first to agree with Trump that the president’s job is to put “America first,” protecting our sovereignty and interests.

Reagan was also crystal clear that there was good and evil in the world — and presidents make the world better by being champions of what is right in a clear-eyed, realistic manner. It’s not enough to have empathy. It’s more important to actually work to advance human liberty.

Reagan didn’t just ask Soviet leader Mikhail Gorbachev to tear down the Berlin Wall. He worked toward that day.

Trump never has been shy about rolling up his sleeves and taking up tough challenges, whether it’s resolving the threat of North Korea’s nuclear weapons or taking on China over trade.

On the subject of human rights, no issue needs Trump’s global leadership more than the challenge of preserving and advancing religious liberty.

Many so-called human rights advocates have demoted religious liberty to the second tier. They are much more enamored with causes that play well with progressives.

Internationally, repressive regimes are happy to see the cause of religious freedom sidelined.

Even some of the most liberal states would rather not be bothered, finding the commitment of people to faith somehow quaint, old-fashioned, and out of date.

On the other hand, other leaders share an unshakable commitment to religious liberty and don’t want to see honest faith banished from the public square.

In New York, Trump has a unique opportunity to pull these leaders together for a serious conversation. He should take it, and be the bold leader who is willing to mark a righteous path.