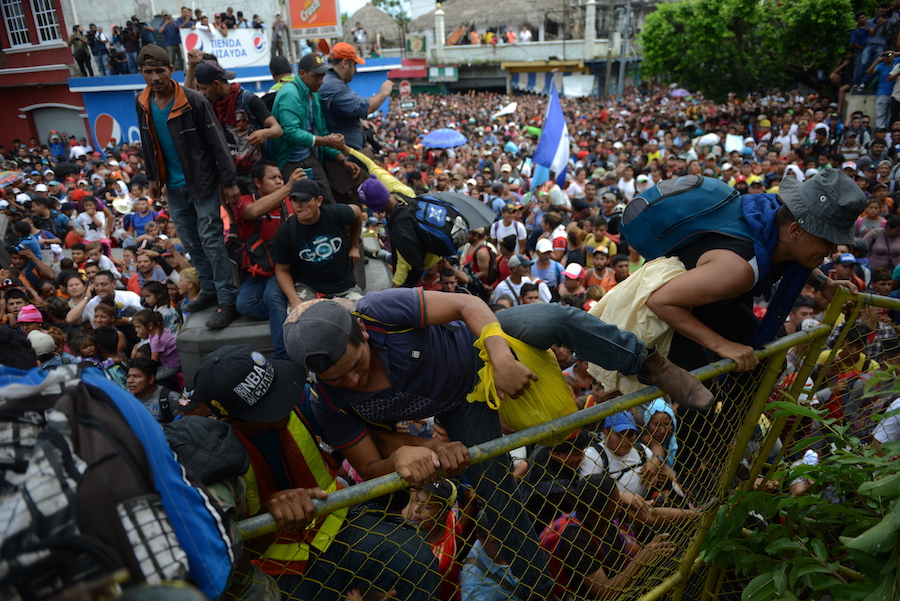 Hondurans climb a border fence, in Tecun Uman, Guatemala, Friday, Oct. 19, 2018. They broke down the gates at the border crossing and began streaming toward a bridge into Mexico. After arriving at the tall, yellow metal fence some clambered atop it and on U.S.-donated military jeeps. Young men began violently tugging on the barrier and finally succeeded in tearing it down.

US Official Says Withdrawal From Syria Has Started