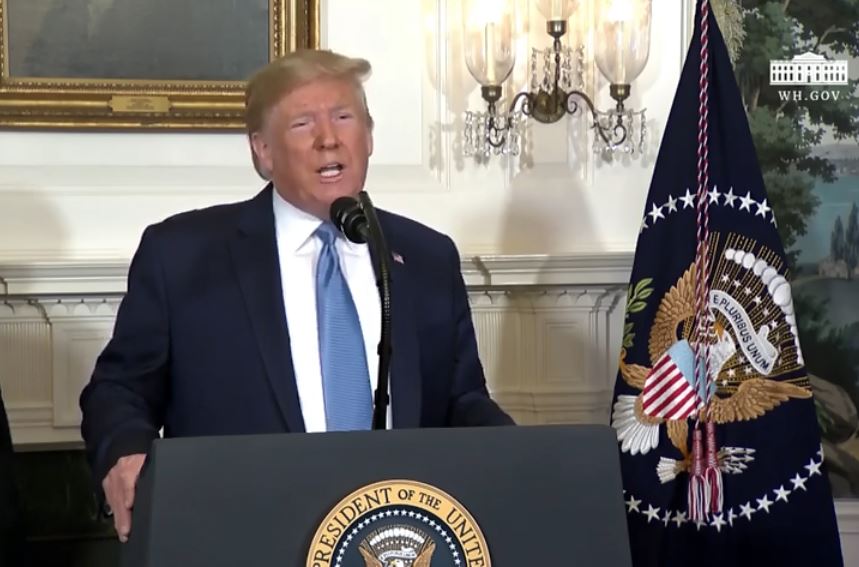 The Trump administration will require many future immigrant applicants to prove they can afford health insurance, marking the White House’s latest move to restrict immigration from those who could become a financial burden on the government.

President Donald Trump, invoking his executive authority, issued a proclamation Friday evening that will prohibit the entry of immigrants applying for visas unless they prove they can obtain health insurance within 30 days of entering the U.S. or otherwise indicate they can afford their own medical care.

“The United States has a long history of welcoming immigrants who come lawfully in search of brighter futures. We must continue that tradition while also addressing the challenges facing our healthcare system, including protecting both it and the American taxpayer from the burdens of uncompensated care,” Trump said in the proclamation. “Continuing to allow entry into the United States of certain immigrants who lack health insurance or the demonstrated ability to pay for their healthcare would be detrimental to these interests.”

The directive, published on the White House’s website, will go into effect on Nov. 3.

Notably, the subsidized health care plans found on Obamacare exchanges will not qualify as eligible forms of insurance under the new rule.

“While lawful immigrants qualify for [Affordable Care Act] subsidies, they’ll be stuck in a catch-22 because subsidized coverage does not qualify as insurance under the proclamation,” Larry Levitt, executive vice president for health policy at the Kaiser Family Foundation, said Friday on Twitter.

The order will apply to any foreign national who applies for an immigrant visa abroad and cannot obtain health insurance within 30 days of entering the U.S. or does not have the financial ability to cover their own medical care. Those with ties to family members in the U.S. are not exempt from the rule. However, asylees and refugees will not be impacted, and neither will non-citizen children of U.S. citizens. Those who have already obtained immigrant visas also will not have worry.

The health care proclamation is Trump’s latest move to restrict immigration from those who are likely to become dependent on U.S. government benefits.

U.S. Citizenship and Immigration Services (USCIS) acting Director Ken Cuccinelli, for example, rolled out a directive in August that takes into account an immigrant’s use of government benefits when deciding whether or not to grant them permanent status. Known as the “public charge” rule, the directive makes it more difficult for immigrants to obtain permanent status if they have used any number of public benefits, such as Medicaid, food stamps, Section 8 housing, cash assistance or other programs.

“Immigrants who enter this country should not further saddle our healthcare system, and subsequently American taxpayers, with higher costs,” Trump wrote in his proclamation.

Content created by The Daily Caller News Foundation is available without charge to any eligible news publisher that can provide a large audience. For licensing opportunities of our original content, please contact [email protected]g.