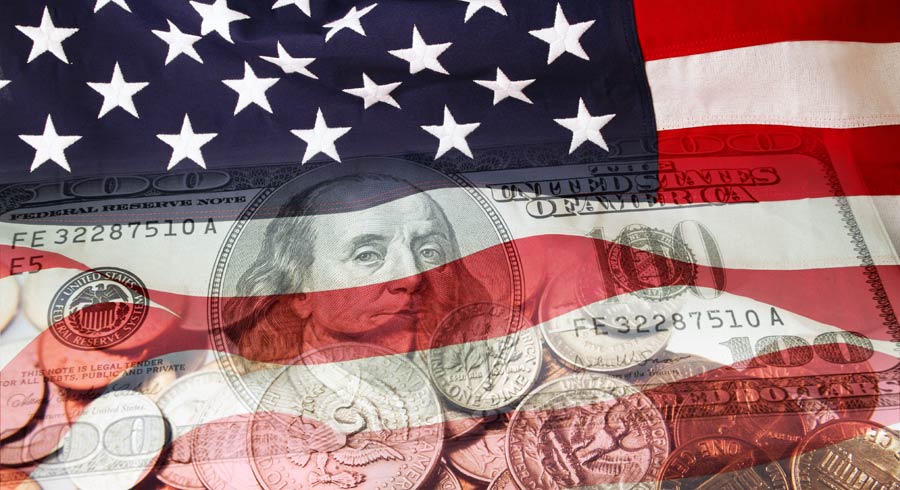 Donald Trump argues that America’s problem is that it has sent its wealth overseas. Exactly the opposite is the case: America’s problem is that the world’s wealth came to America, and bought subprime mortgages. At the peak of the housing bubble America imported capital each year equivalent to 6% of GDP. Everyone from China’s central bank to Arab sovereign wealth funds to German provincial-government banks bought American mortgage debt until the housing bubble crashed. Virtually all of the world’s available savings came to the United States.

The world used to believe in the United States. America was the world’s only superpower back in the mid-2000s. The American consumer looked like a perpetual-motion machine. Housing prices had risen for fifty years in succession. American economic growth was steady. And American investment banks manufactured synthetic AAA-rated securities that paid more than banks’ cost of funds. They seemed safe as houses.

We saw the same thing in Southeast Asia in 1996 or Mexico, Argentina in 1999, Turkey in 2010 and countless other third-world economies: massive capital imports push up local asset values and make the locals feel rich, until the bubble pops. Americans watched their home prices appreciate by 10%-15% a year between 1996 and 2006. As money poured in (and the current account deficit widened) home prices rose.

A vast army of white-collar warriors supported the grand migration of capital. Americans dropped whatever they were doing and became real-estate agents and mortgage brokers. The financial industry recruited math whizzes from university graduating classes to manufacturer ever-more-complex financial instruments. Opportunity abounded as the world’s capital knocked on America’s door. Americans, to be sure, spent the money piled at their doorstep on cheap imports from China and other aspiring countries.

China didn’t take American manufacturing jobs because wealth was leaving the United States. China took American manufacturing jobs because wealth was entering the United States. America was the mecca for savings, risk-taking, venture capital, entrepreneurship — or so we styled ourselves. Those were heady days. In 2001 my friend Arthur Laffer, the great supply-side economist, gave a seminar for my team at Credit Suisse (where I head Global Credit Strategy) and argued that America didn’t need to manufacture anything. We would provide the patents and other countries would do the dirty work.

Then came the inevitable crash. Home prices collapsed and well-paying white collar jobs disappeared. The brother-in-law who made $150,000 a year as a mortgage broker in 2007 was unemployed in 2009 and driving a FedEx truck in 2010–or doing nothing at all, as the labor force participation rate collapsed.

Americans became downwardly mobile, as I showed in a March 1 essay, and along came Donald Trump to tell Americans that their misery was all the fault of illegal immigrants and rapacious foreigners. Not so: during the decade before the 2008 crash, Americans were being paid for being Americans. Their forefathers had built the world’s strongest democracy and most open capital markets, and they were living off the rent they charged to foreigners to come in and use it. Meanwhile Americans under 25 somehow sank to the bottom of the international rankings for skills in literacy, math and technology. If you’re paid simply for being American, why not spend your high-school years with Grand Theft Auto?

Trump recalls Mortimer Duke at the end of Trading Places, shouting, “Turn those machines back on!” Building a wall with Mexico and restricting Chinese imports won’t help. What Americans need is tough love. Whether they will take it is another story. But if they don’t, America will look a lot like Britain in its post-industrial decline.

Originally published in Asia Times on March 31, 2016. Republished with permission.

Running Against the Economy? Lots of Luck With That!