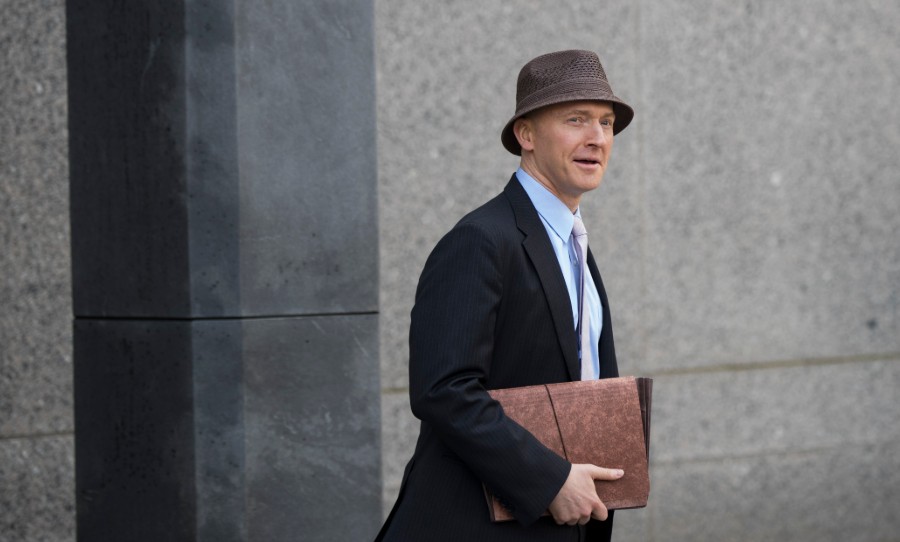 President Donald Trump expressed frustration Sunday at the pace of Justice Department investigation into the origins of the Trump-Russia probe, while praising a lawsuit that his former campaign aide Carter Page filed against the FBI and Justice Department on Friday as “good news.”

“Where are they with Comey, with McCabe, with Brennan with all these people? They lied, they leaked, they spied on our campaign,” Trump asked during an interview on Fox News’ Sunday Morning Futures.

Trump was lamenting that the Justice Department was not investigating allegations of voter fraud in various swing states. He brought up an investigation led by U.S. Attorney John Durham into FBI and CIA intelligence-gathering activities related to the Trump campaign in 2016.

Republicans had high hopes for Durham’s investigation when it started in April 2019, but have recently grown frustrated at a lack of public revelations from the probe.

Trump expressed support for Page, who filed a $75 million lawsuit on Friday against the FBI, Justice Department and multiple former FBI officials for surveilling him in 2016 and 2017 as part of an FBI investigation into the Trump campaign.

Page accused the agencies and multiple former FBI officials of authorizing “unlawful spying” against him as part of Crossfire Hurricane, the FBI’s counterintelligence investigation of the Trump campaign.

Page’s lawsuit cites a Justice Department inspector general’s report released on Dec. 9 that said the FBI made at least 17 “significant” errors and omissions in applications for Foreign Intelligence Surveillance Act warrants against Page.

Many of the errors involved the Steele dossier, which the FBI cited extensively in its applications to surveil Page. The special counsel’s office debunked the dossier’s central thesis of a “well-developed conspiracy of cooperation” between the Trump campaign and Russia.

The Justice Department in January deemed two of the four FISA warrants against Page to be invalid because of all the errors in the FBI applications.

Durham is investigating aspects of the IG’s findings and is also looking into the FBI’s activities leading up to the opening of the Trump campaign investigation in July 2016.

Republicans have hoped for more indictments in the investigation, as well as a report of his findings.

So far, only former FBI lawyer Kevin Clinesmith has pleaded guilty in Durham’s probe. He pleaded guilty on Aug. 19 to altering an email from the CIA regarding Page’s past relationship with the spy agency.