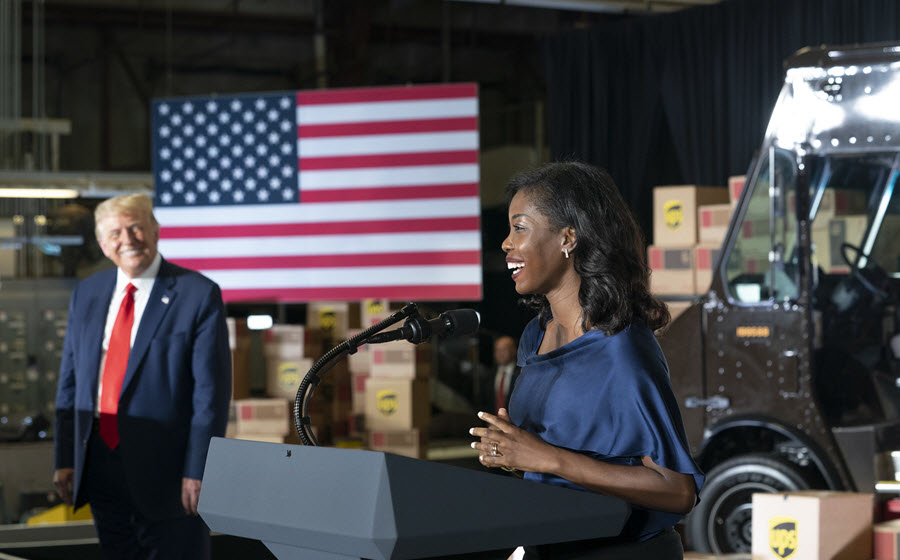 During the 2016 presidential campaign, Donald Trump directly appealed to African American voters for their vote, asking them, “What do you have to lose?”

Trump should have received more credit for this, as Republicans have often been criticized for not wooing African Americans from Democrats, who crucially depend on their overwhelming support yet take their votes for granted.

Trump’s message was that blacks had entrusted their improvement exclusively to the Democratic Party, but it had failed to produce. He highlighted two critical areas in which Democrats had let them down: education and poverty.

He said that blacks “are living in poverty” and their “schools are no good,” and he pledged to do better by them, unlike Democrats, who offered nothing but empty promises.

The Democrats have never bothered to show how their policies are superior to the Republicans’ because they can’t. Instead, they’ve cynically cast Republicans as uncompassionate and, in many cases, racist. I’ve always assumed their scheme worked, because I can find no other explanation for the Democrats’ electoral vice grip on African Americans than the latter’s distrust of Republicans. Nothing else makes sense.

It’s no coincidence that Democrats have played the race card with even greater intensity in response to President Trump’s undeniable policy successes for African Americans and other minorities. Under Trump, African American unemployment was at a record low, and their wages were greatly improving prior to the virus-induced downturn.

Democrats always cite the same phony examples to make their case, such as that Trump is an immigration hawk because he doesn’t like Mexicans and other non-Americans. It’s all bogus, but it works, and it sure beats having to explain away their own policy failures and Trump’s policy successes. It is despicable and destructive.

Falsely accusing people of racism is a particularly egregious sin, not just because there are few smears more harmful to one’s reputation but also because it damages race relations, especially when the slander, like the sin of racism itself, is applied with a broad brush to an entire group of people — in this case, the Republican Party.

But why fool ourselves? The Democratic Party isn’t going to change anytime soon on this score, as evidenced by Joe Biden’s ghastly remark that African Americans not supporting him aren’t black. As such, a good friend of mine suggested to me that President Trump must follow up on his 2016 challenge to African American voters.

Normally, I’m reluctant for Republicans to target African Americans or other specific voter groups because it smacks of race consciousness and identity politics, and could be seen as patronizing and pandering, none of which has ever stopped Democrats. But as sensitive as the race issue has become, and as much as Democrats have painted Trump and Republicans as racist, it’s time this is addressed head-on.

Trump Needs to Tout His Record

Now he has a concrete record to tout, but he needs to sharpen his message to demonstrate how his policies were actually lifting African Americans out of poverty, and how the Democrats’ active neglect of black children in inferior inner-city schools has doomed many of them to lives of poverty, violence and crime.

Trump is particularly suited to this task because he has fulfilled his campaign promises to African Americans and he speaks from the heart, avoiding the double speak used by many politicians.

President Trump must accentuate the economic and education issues on which he campaigned, but he should also point to the civil unrest, crime, lawlessness and anarchy that dominates our cities today, and tailor his law and order agenda to black families who crave domestic tranquility as much as anyone else does.

Cities are imploding throughout the nation under mostly Democratic leadership, and they are inflamed with violence. Trump should turn the tables on Democratic politicians and make them answer for their abject policy failures and explain why they turn a blind eye to black lives lost to inner-city violence. Black families living in these troubled neighborhoods surely want law and order and peace and liberty as much as anyone else, despite the activists’ exclusive focus on instances of police misconduct. As for these rogue cops, which are a very small minority, it’s time that Democrats explain their unwavering support for the police unions that protect them. African Americans understand that defunding the cops would be disastrous, yet the Democrats’ answer is less law enforcement rather than more, which guarantees more arson, looting and death.

Trump should demand that Democrats answer why they aggressively oppose charter schools, school choice and other initiatives aimed at improving the quality of education for all people. Here again, are the Democrats working for African Americans or teachers unions?

My friend is right. President Trump, please take your case directly to African Americans and contrast your record with the Democrats’ incendiary and opportunistic rhetoric, and failed policies. Point out that, in fact, African Americans have very much to lose by supporting a party that has no answers for them, and that would enable more lawlessness and ensure greater inequality of outcomes.