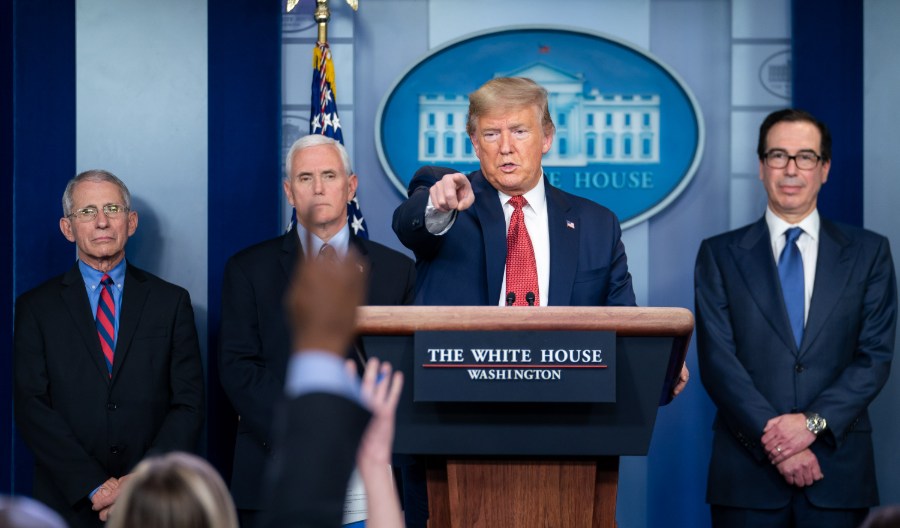 Governor Mike DeWine’s early and aggressive response to the coronavirus pandemic helped Ohio minimize the damage from a public health perspective. Similarly, President Trump is preparing the entire country for a rapid post-COVID economic resurgence, even while he works to provide state and local leaders the resources they need to fight the virus.

By now, even the national press is recognizing that DeWine stuck his neck out when he became one of the first governors in the country to institute bans on large public gatherings, cancel sporting events, close schools, and institute a state of emergency. Our governor demanded serious changes from Ohioans — including postponing elections — even before the Buckeye State officially recorded its first case.

The result so far has been one of the lowest per capita rates of confirmed cases in the country. Hopefully, it will mean Ohio experiences significantly less death and suffering than places that moved more slowly.

The Trump administration has worked hard from the very beginning to ensure that leaders such as DeWine have the necessary resources to implement their coronavirus strategies. In addition to signing an $8.3 billion bill to fund public health efforts at the beginning of March, the President also declared a national emergency, freeing up more than $40 billion in additional funding.

While state and local leaders are responsible for managing the front-line efforts to slow the spread of coronavirus, however, the nationwide economic carnage inflicted by the measures we’re taking to save lives requires a much greater remedy than any state can provide. Only the federal government can fund initiatives such as nationwide paid leave, emergency unemployment benefits for workers who lose their jobs, and stimulus checks to make sure all Americans have support during these trying times. Only the federal government can prevent small businesses and critical American industries from going belly up over an unforeseeable, catastrophic, but temporary crisis.

Even as he marshals the vast resources of the United States government to get state officials such as Governor DeWine the resources they need to combat COVID-19, President Trump is already looking ahead to the inevitable economic fallout of this fight. As he has said, we cannot let the cure become worse than the disease. If our efforts to save lives plunge survivors into years of poverty and destitution then our efforts will have been in vain.

That’s why the President’s economic team has been working around the clock with leaders of both parties in Congress to devise an effective fiscal response while Doctors Anthony Fauci and Deborah Birx and the rest of the experts on the White House coronavirus task force focus on fighting the coronavirus.

The massive $2.2 trillion relief bill is a bold and necessary response to the storm of economic uncertainty that has already left more than three million Americans jobless. Once the legislation takes effect, these workers will receive an additional $600 per week in unemployment benefits — along with a four-month eligibility extension — to ensure they can maintain themselves and their families during this period of crisis.

Unemployment isn’t the only hardship the coronavirus is causing, though, which is why most Americans will also receive substantial payments in the very near future. Individuals making less than $75,000 will get $1,200, and since parents qualify for an extra $500 per child, a married couple with two children will receive a total of $3,400. President Trump and his team understand that Americans must have both the ability and the confidence to re-engage in the economy once the danger has passed.

Industries that are especially impacted by coronavirus-related shutdowns — such as aerospace, airlines, and hospitality — will also need direct government support in order to survive weeks or months without revenue. It would be foolhardy, as well as cruel, to allow a virus that originated in China to destroy America’s economic potential and permanently destroy millions of American jobs.

Just as Governor DeWine took aggressive, forward-looking steps to protect public health in Ohio, President Trump is doing the same thing for the nation’s economy while simultaneously ensuring that effective local officials like DeWine are getting adequate federal support for their efforts to stop the spread of the coronavirus.

Ken Blackwell served as the mayor of Cincinnati, Ohio, the Ohio State Treasurer, and Ohio Secretary of State. He currently serves as an adviser to the Family Research Council and on the board directors for Club for Growth and National Taxpayers Union.