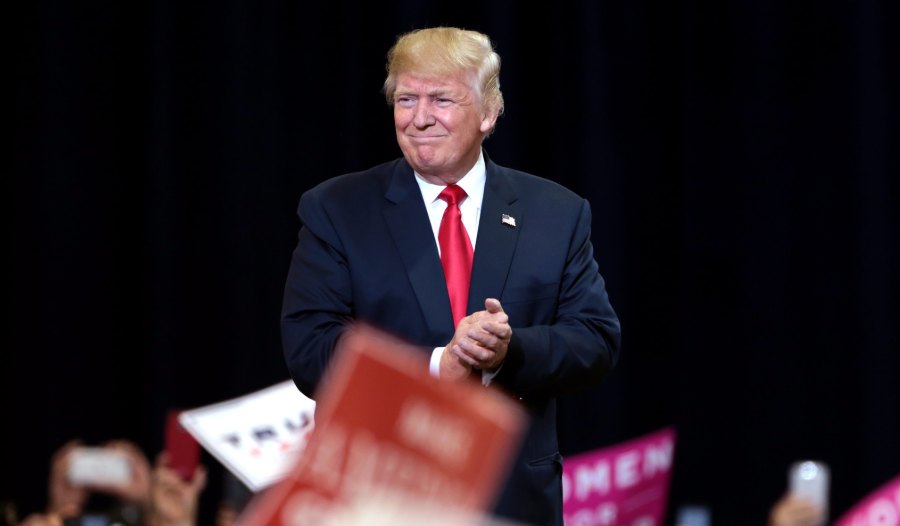 Trump’s attorneys did exactly what they needed to do in their argument on Friday, and it was astonishingly good. As Wisconsin Sen. Ron Johnson said, they “legally eviscerated” the House managers’ case and “blew [it] out of the water.” Sean Hannity had a great segment Friday evening showing how it went down.

The defense accomplished this in about an hour — dramatically less time than the House impeachment managers had taken to repeatedly present fake “evidence” and shamefully manipulate the emotions of those inside the Senate chamber. It conclusively debunked some classic lies told about Trump, such as the fake “fine people on both sides” quote. It featured an attorney we hadn’t seen before, the magnificent Michael van der Veen, who chastised House managers for having the nerve to claim the First Amendment didn’t apply in an impeachment proceeding.

And what better way to counter the Democrats’ deceptively-edited “movie” — which I have labeled falsified evidence — than with their own video, accurately depicting rhetoric much harsher and more violent than anything Trump has ever come close to saying.

Game, set, match. On CNN, they tried to dismiss it as a partisan stunt, “a Sean Hannity mix tape.” But what else could they say? No, it was breathtaking in the way it made its point.

The Epoch Times has a good summary of the proceedings. Note the description of Democrat senators’ response, rolling their eyes and “finding” reasons to excuse their own behavior while still condemning Trump.

The defense was able to show that a tweet used by the House managers had been deceptively photoshopped. Another choice moment was when Republican senators questioned an impeachment manager about Kamala Harris’s promotion of a fund, the Minnesota Freedom Fund, that bailed out rioters.

As reported in the Washington Examiner, the “trial” was poised to conclude on Saturday. (I had thought it was supposed to be in recess on Saturday, to accommodate the request by a Jewish participant for a recess from 5PM Friday until Sunday.)

But late Friday night, after the spectacular presentation from Trump’s attorneys that made them all look like fools, Democrats must have decided they’d seen too much of their own blood on the Senate floor, and they started talking about bringing in witnesses after all. I guess if I were an attorney and the last day of arguments had gone that badly for me, I would be thinking of something — anything –- else to try as well.

After seeing a helpful report on CNN, Democrats started thinking they might have something to be gained by examining a phone call between Trump and House Minority Leader Kevin McCarthy the day of the riot. Democrat Sen. Chris Van Hollen said Friday on MSNBC that “if they made the decision to call witnesses, we would welcome that.”

Recall that legal analyst Jonathan Turley had questioned the Democrats’ odd lack of interest in calling witnesses. Over and over, they referred to media reports instead of calling the people directly involved. On Thursday, according to USA Today, the Democrat managers were saying they had made their case.

If Democrats want to start calling witnesses now, they’ll have to get at least a 50-50 vote for that (with Vice President Kamala Harris breaking the tie). Senate Majority Leader Chuck Schumer has said it would be up to the House managers to decide if they want to pursue it, implying that all the Senate Democrats would go along. One catch: if they do this, Trump’s defense gets to call witnesses, too.

What some Democrats apparently want to do, after Trump’s attorneys slapped them down hard on Friday by revealing their lies and falsification of evidence, is to dig into the phone call President Trump had with Rep. McCarthy on the day of the riot. Numerous Republicans were reportedly briefed on this call. Rep. Jaime Herrera Beutler, a Republican who voted “yes” to impeach Trump, says he was told about the call by Rep. McCarthy. (Note: in a real trial, this would be called “hearsay.”)

It is true that Trump could have been more forceful in calling off the protesters; he appears in this secondhand description of the call to have blown it off with a quip. But did he even realize how serious it was when he said that? At some entrances to the Capitol, protesters apparently were waved in by Capitol Police as if they were expected. In other locations, the breach grew extremely contentious and even led to a woman being shot and killed by a Capitol Police officer. It sounds as if Trump had no idea it was this bad when he made that comment.

So, there are different ways this hearsay account can be interpreted, and none of them have to do with “incitement.” Of course, Democrats always assume the worst motives on Trump’s part, but it could simply be that he really did think Antifa was doing it — indeed, some Antifa were involved — and also that he didn’t yet know how much it had escalated.

The way to find this out would be to call Trump. Maybe if they hadn’t thrown the Constitution down the toilet and insisted on “trying” him as a private citizen, he would’ve been more cooperative.

The ‘Terrible, Terrible Abuse of the Constitution”

According to the Washington Examiner, the “trial” will resume at 10AM ET on Saturday (so much for the request to honor the Sabbath), with up to four hours devoted to the question of whether or not to call witnesses and documents. If there is no successful vote to do that, they’ll go to closing arguments and could even hold a final vote as soon as Saturday afternoon.

Alan Dershowitz, who thought the Trump defense was lackluster on its first day, in which they argued against the constitutionality of the proceedings, gave them an “A+” for Friday. In his words, “they did a masterful job on narrowing the issues, making the senators focus on it, and I think it was a winning argument. I think they redeemed themselves.” Dershowitz believed as I do, that the key words were those the Democrats fraudulently cut out of Trump’s video, the “peacefully and patriotically” part.

“This is gonna go down in history as a terrible, terrible abuse of the Constitution,” he said. “Democrats put themselves above the law, putting a private citizen on trial … for making speeches protected by the First Amendment.” An acquittal will minimize the damage, he said but “already there’s been a lot of damage done to our Constitution and to the divisions in our country.”