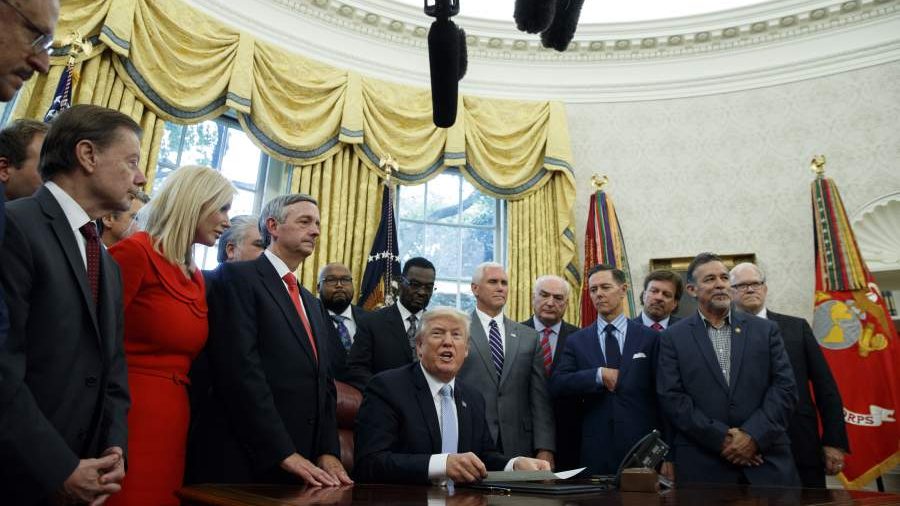 President Donald Trump speaks before signing a proclamation for a national day of prayer to occur on Sunday, Sept. 3, 2017, in the Oval Office of the White House, Friday, Sept. 1, 2017, in Washington.

President Donald Trump signed a declaration Friday making Sunday a National Day of Prayer for the victims of Hurricane Harvey.

Trump’s declaration comes one day after Texas Gov. Greg Abbott issued a proclamation, alongside Franklin Graham and Vice President Mike Pence, making Sep. 3 a day of prayer within the state for Harvey victims, according to KXAN.

“It doesn’t matter what faith or religion or belief that you have. This is a time for Texans and Americans to unite and pray for thanksgiving for those who have risked their lives,” Abbot told Fox and Friends. “The first responders and volunteers who’ve supported our fellow Texans, but also pray for the victims of this horrific storm. And we want to unite as one state and one nation.”

Harvey’s death toll has risen to at least 40 people. Recovery and repair efforts could cost nearly $200 million, making Harvey one of the most expensive natural disasters in American history.