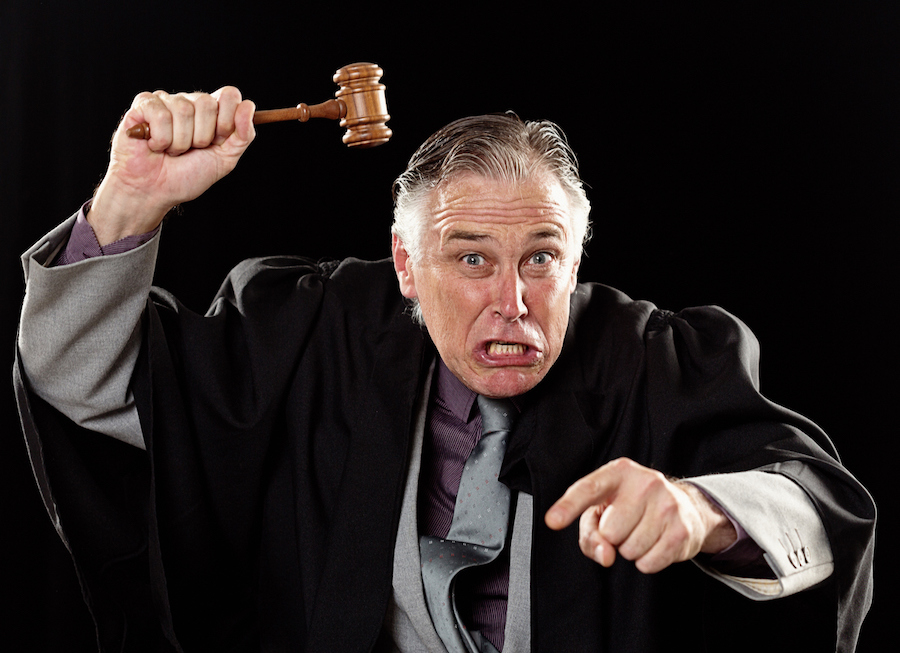 President Donald Trump was elected on a promise to secure the border, build the wall, and reform America’s immigration system. At every step, he’s faced opposition not only from Congress, but from federal judges striking down his policy initiatives.

In this special edition of The Daily Signal Podcast, Ken Cuccinelli, acting director of U.S. Citizenship and Immigration Services, says Trump is winning despite judicial activists opposing him from the bench. His interview begins at 32:30.

This episode was recorded at President’s Club, an annual gathering of Heritage Foundation supporters in Washington, D.C.

Thanks for joining us.

Ken Cuccinelli: Good to be with you.

Trinko: You spoke about the courts getting in the way of President [Donald] Trump’s immigration policy. How are they doing that, and what can be done?

Cuccinelli: We have a lot of judges that by any reasonable measure are being activist judges. By that we mean they’re implementing their policy preferences in the form of court orders, instead of simply calling balls and strikes—we’re going to have the World Series here in Washington so we’ll go with baseball analogies—and being a neutral umpire.

The example I used today in talking to the President’s Club here was a judge in New York last week who imposed a national injunction on what’s called the public charge regulation, which is a rule that requires legal immigrants seeking to stay here permanently to be self-sufficient — [it] doesn’t count humanitarian categories like asylees and refugees, just regular legal immigrants have to be self-sufficient.

Well, the judge went on what amounts to a rant against the policy, which, by the way, is about 140 years old in American immigration law, and it goes all the way back to the 1600s. He’s complaining that this somehow undermines American traditions and, in fact, it’s completely consistent with American traditions. That’s just one example.

ICE [Immigration and Customs Enforcement], the interior enforcement arm of the Department of Homeland Security on the immigration front, implemented a regulation to deal with the Flores settlement. This is a case where one judge in California imposed a 20-day time limit on holding families with children in detention. This was back in 2015.

Well, we went ahead and did those, and what did she do? She imposed an injunction on the regulation that complied with her own court order.

Again, by any measure, an activist judge and an action by an activist judge imposing her policy preferences over those of the executive branch and the Congress. That’s a violation of separation of powers by a judge.

I can, unfortunately, go on and on with more examples. This president has suffered more national injunctions than all his predecessors combined, and that is not an anomaly. When these cases litigate out, we win them because we’re doing what the president told us to, and that is staying within the boundaries of the law. That tells you these judges aren’t doing that.

Trinko: How much of an impact would you say these decisions, by what you call activist judges, are having on the immigration policy that the Trump administration is trying to implement?

Cuccinelli: They’re definitely having a significant impact and yet we’re still succeeding because we just keep pressing ahead.

One thing anybody who’s observed this president knows is he’s relentless, and we reflect that in our work and the regulations and rules we’re putting in place that the law provides for. The problem is that as these judges impose more and more and more injunctions, they complicate the system terribly.

Congress has not provided the resources needed to fully implement the immigration system we’ve got, much less enforce the law properly. As you complicate the enforcement mechanism, the enforcement effort with all these new rules from new injunctions, it eats up more manpower, more resources that are all drawn from the law enforcement function, and that capacity is reduced.

We really have to push back on these judges. The president’s very determined about that. So there’s no problem in doing that, but it takes time. The courts are painfully slow.

We’re going to win these cases, but they’re essentially trying to buy time hoping this president doesn’t get reelected and that these policies will be done away with by a different administration.

Trinko: What has your agency been doing on interior enforcement regarding illegal immigration, and what changes have you made to E-Verify?

Cuccinelli: Well, certainly, as we like to say, it’s not your grandfather’s E-Verify. It’s been modernized substantially. And the data checks involved in it now are much more accurate and thorough.

We also offer simplicity paths, if you will. So you or I can go to our E-Verify website and you can self-certify. You can pre-certify yourself via E-Verify, so that when you go apply for another job, you know that it’s going to go straight through. Because in the past, there have been concerns with errors, frankly. I’ll apply for a job, I’ll get the job, they’ll run me through E-Verify, and a false negative, meaning a false flag, will come up.

Well, we’ve reduced those inaccurate results dramatically, and the self-certification allows me to go through the process on my own before I ever talk to an employer. If a problem arises, I can go zero-in on it and fix it before I ever get into that process.

There are a lot of changes we’ve made that have made it more efficient, more user-friendly, and frankly, less employer-dependent, which is what they want. They don’t want to be given another job. They just want to know they have a legal employee in front of them.

Trinko: Right. You also mentioned your agency has been trying to eradicate loopholes relating to asylum rules.

Trinko: Could you speak to that?

Cuccinelli: Yeah. This is, unfortunately, an effort that Congress should be doing that they’re not doing—perhaps one of many things they’re not doing. But this is a big one, and it’s one where there is some overlap between the Obama and Trump administrations.

The two first loopholes on our list are shared historically by the Trump administration closing the Flores loophole, which was that lawsuit we talked about about the detention of families to keep them together. The other is to close the loophole related to the trafficking of children from countries south of Mexico or even from other parts of the world.

Again, the Obama administration and the Trump administration have both urged Congress to close that loophole, and they refused to do it. So we see children used as tickets at the southern border to kind of break through our system.

Unfortunately, with the activist judges, they let them do that and it tends to overwhelm the system. That’s the goal on the part of the illegals and, by the way, the drug cartels, who benefit tremendously when the system is overwhelmed.

Trinko: New York City recently made it so that you could be fined up to $250,000 for using the term “illegal alien” maliciously or there’s some caveat. What do you think about that?

Cuccinelli: Well, first of all, it will never hold up. It’s funny. I signed an internal document that changed our use of other versions like “foreign national,” or what have you, to “alien,” to specifically use the term “alien.” Because that’s what the law says.

Here you’ve got this city trying to legislate away a [phrase] that’s actually in the federal code. … I have great confidence that they will not succeed in doing that.

But who wants to be charged and have to have lawyers defend them in a process like that? And more political virtue-signaling, but it is worth noting they’re willing to cast aside the First Amendment and its protections for free speech to impose their left-wing, politically correct agenda. By impose, I mean tyrannically impose, to tell you what you can and cannot say.

Trinko: All right, Ken Cuccinelli, thanks so much for joining us.

Cuccinelli: Good to be with you.