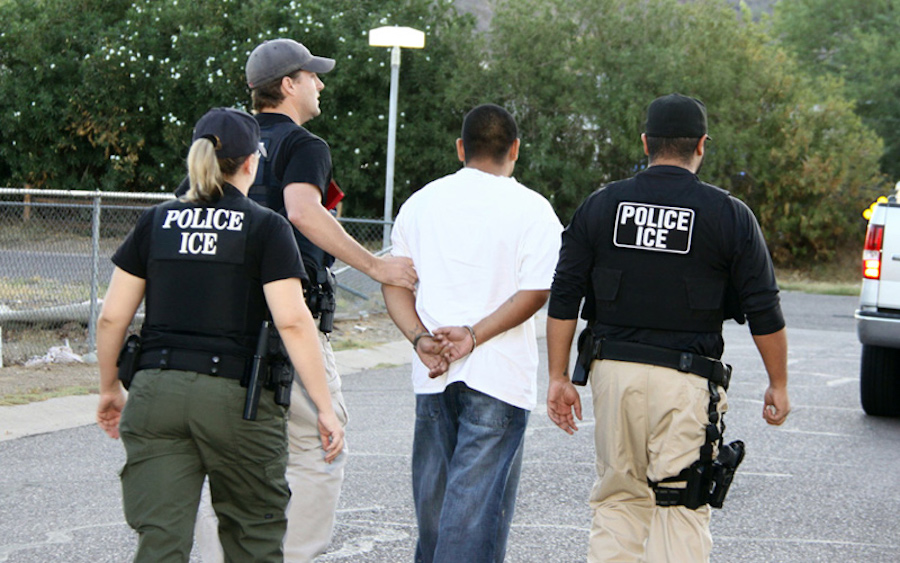 The Trump administration is proposing to bar foreign nationals convicted of drunk driving, gang-related crime, illegal re-entry, and other illicit activity from winning asylum protection in the United States.

The Department of Justice (DOJ) and the Department of Homeland Security (DHS) on Wednesday announced a proposal to expand the crimes that would disqualify a migrant from claiming protected status in the U.S. — marking the latest action by the White House to control the wave of asylum applications at the southern border. Despite a drop in border apprehensions, the federal government is still inundated with a backlog of asylum cases.

Those convicted of a felony under state or federal law, human smuggling or harboring, illegal re-entry into the country, criminal street gang activity, driving under the influence, domestic abuse, identity fraud and other crimes would not be eligible for asylum in the U.S. under the amendments.

“The seven proposed bars would be in addition to the existing mandatory bars in the [Immigration and Nationality Act] and its implementing regulations, such as those relating to the persecution of others, convictions for particularly serious crimes, commission of serious nonpolitical crimes, security threats, terrorist activity, and firm resettlement in another country,” read an excerpt from the DOJ and DHS press release.

The proposed amendments, which must go through a comment period before being implemented, also seek to eliminate a requirement that immigration judges must reconsider some asylum denials.

The expansion of disqualifying crimes, along with the removal of many opportunities to appeal denials, allows the administration to more quickly process asylum applications. Every month, thousands upon thousands of migrants from Central America and elsewhere around the world reach the U.S.-Mexico border and lodge asylum claims.

The wave of applications has proven an enormous task for the Executive Office for Immigration Review. The U.S. immigration court system’s backlog of active cases surpassed 1 million by the end of August, an indication of how unprepared the government was at handling such a large docket of applications.

President Donald Trump, who has made immigration enforcement a major pillar of his White House agenda, implemented a number of policies aimed at curbing the flow of migrants. The administration has, for example, initiated a rule known as “metering,” which limits the number of foreign nationals who can cross the border into the U.S. everyday and apply for asylum.

The White House’s most notable program, however, has been Migrant Protection Protocols, which forces asylum seekers to remain in Mexico for the entire duration of their immigration court proceedings. As of September, there were roughly 47,000 individuals under the program. Trump has long maintained that a vast majority of those seeking asylum are simply lodging bogus claims in order to abuse the U.S. immigration system. A recent analysis of those under the Migrant Protection Protocols program did, in fact, find that virtually none of the applicants qualified for protected status.

The Trump administration has also reached asylum deals with Guatemala, Honduras, and El Salvador, the three Central American countries that are home to many of the migrant families appearing at the border.