Trevor Lawrence is Taking His Entire Signing Bonus in Cryptocurrencies. Here’s Why

Football star Trevor Lawrence’s signing bonus is expected to be in the ballpark of $22.5 million. Can anything stop cryptos? 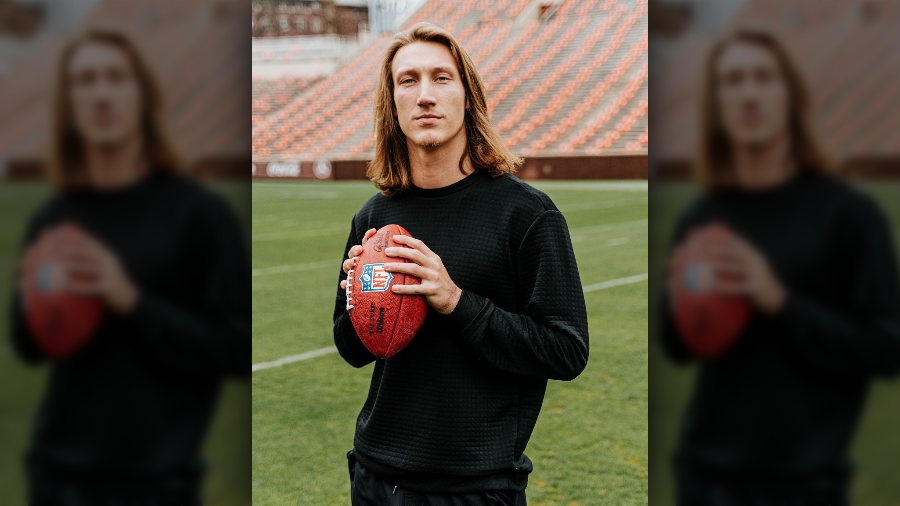 The former Clemson University standout quarterback, who is expected to be nabbed with the first overall pick by the Jacksonville Jaguars Thursday night during the NFL draft in Cleveland, announced on Monday he was diving into the cryptocurrencies craze.

“[Lawrence’s] signing bonus will come in cryptocurrency, which will be deposited into his Blockfolio account in a variety of crypto coins such as Bitcoin, Ethereum and Doge,” Sports Illustrated reported.

Just how much cash are we talking about? According to USA Today, Lawrence’s signing bonus is expected to be in the ballpark of $22.5 million. The announcement was part of a multi-year endorsement agreement Lawrence reached with the cryptocurrency investment app Blockfolio.

The Mainstreaming of Cryptos

It’s not hard to figure out why Lawrence is opting for the crypto route. In May 2019, Panthers offensive tackle and bitcoin trailblazer Russell Okung famously issued a blunt request to be paid in bitcoin, a decentralized currency not subject to regulation by banks or the federal government.

Okung’s decision made him one of the highest-paid players in the NFL, the result of bitcoin’s meteoric rise. (When Okung made his demand, bitcoin was trading at around $8,000. Today, the price is about $55,000.)

Pay me in Bitcoin.

The decision is by no means a slam dunk. Some economists have warned that cryptos are simply a bubble waiting to pop, arguing they have no intrinsic value.

“Bitcoin looks like it really is a bubble in multiple senses,” Paul Krugman famously said in 2015, when it was trading for roughly $300. “Certainly, [there’s] not a reason to hold that currency.”

The explosion of cryptocurrencies — the market recently broke the $2 trillion mark — is a sign that markets are hedging against inflation. It’s a sign that many fear the government is pushing the dollar to its breaking point.

A lot has changed since Krugman’s infamous (and horrible) prediction — and not just the price of bitcoin, which is up about 18,500 percent.

Hedge funds have piled on, including investment guru Cathie Wood, CEO of ARK Invest. Corporations are also getting in on the action, including Tesla, which now accepts bitcoin as payment (and recently reported a $101 million profit after selling a portion of its bitcoin stake).

But it’s not just major corporations like Tesla accepting cryptos. As FEE’s Kerry McDonald has explained, don’t be surprised if your local Chinese restaurant or steakhouse is now accepting Bitcoin Cash. In fact, surveys show that more than a third of small and medium-sized businesses in the U.S. accept cryptos as payment for goods and services.

Lawrence’s announcement — which was followed by Ethereum hitting an all-time high at $2,650 — is just the latest example of a larger story: cryptocurrencies have gone mainstream.

Why Are Cryptos Going Bonkers?

There’s no question that cryptocurrencies are exploding. The question is why.

The answer isn’t hard to find: confidence in fiat money generally and the U.S. dollar specifically is waning. And no wonder.

To stimulate the economy and fund voracious government spending, the Federal Reserve has been printing money at a frightening clip. Its balance sheet tipped $7 trillion in 2020. And all indications are they are not yet done. This unprecedented pumping has sparked inflation fears.

“I think there is enormous risk we are running,” economist and former Harvard president Lawrence Summers recently observed. “I think there’s a real possibility that within the year we’re going to be dealing with the most serious, incipient inflation problem we’ve faced in the last 40 years.”

The explosion of cryptocurrencies — the market recently broke the $2 trillion mark — is a sign that markets are hedging against inflation. It’s a sign that many fear the government is pushing the dollar to its breaking point.

Many will understandably find this frustrating. But it’s also predictable. In his famous work Denationalisation of Money, the economist F.A. Hayek noted that one of the primary lessons of human history — from ancient Rome to the twentieth century — is that governments debase currencies.

Hayek argued that governments simply can’t help themselves. Once lawmakers realize their control over money can serve as not just a medium of exchange but as a source of power and ill-gotten wealth, they inevitably manipulate currency in ways that harm its value.

“[S]ince the function of government in issuing money is no longer one of merely certifying the weight and fineness of a certain piece of metal, but involves a deliberate determination of the quantity of money to be issued, governments have become wholly inadequate for the task and, it can be said without qualifications, have incessantly and everywhere abused their trust to defraud the people,” Hayek wrote.

There was only one real solution, the Nobel Laureate concluded.

Well, we’ve found a peaceful way to do precisely what Hayek described.

And people like Russell Okung, Trevor Lawrence, and countless others are smart enough to take advantage of it.

What Is the Great Resignation of 2021? (If You Don’t Know, You’ll Want to Read This)