The concept of only two sexes is described with contempt by cultural elites as a throwback to “gender binaries.” 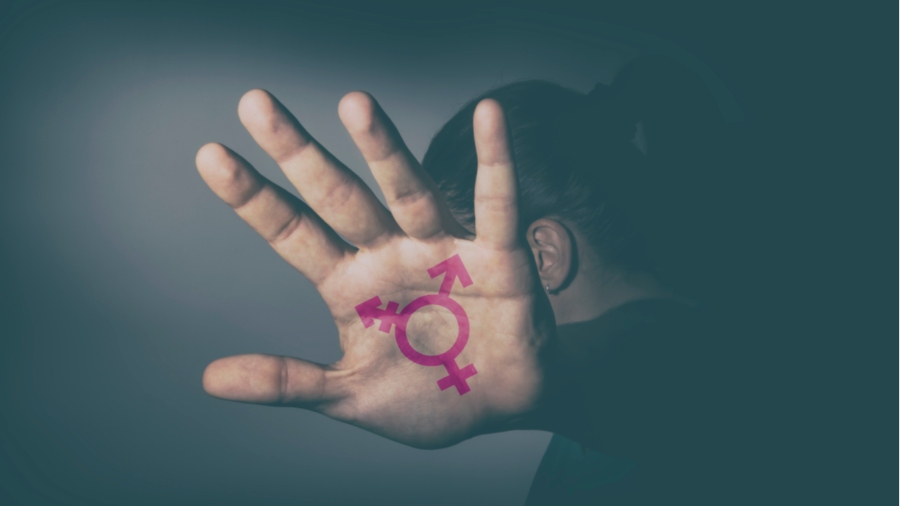 When Presidential hopefuls equate the transgender movement with the Civil Rights Movement (see here, here, and here) then we’d best face the obvious: Christians believing there are only two sexes, neither of which is changeable and both of which are God-ordained, are in the cross-hairs of some awfully big guns.

We can be mad about this, or scared, or indifferent. Or we can be, as Paul advised servants of the Lord to be:

[G]entle to all, apt to teach, patient, in meekness instructing those who oppose themselves if, God peradventure will give them repentance according to the acknowledging of the truth. (II Timothy 2:24-25)

Let’s land on that “apt to teach” phrase for a moment.

If we’re apt to teach, then we’re both able and ready to address controversial topics from a Biblical worldview. There are, of course, other less desirable options.

For example, we can avoid hot-topics just because they’re hot, making us guilty of irrelevance. Or we can address them without grace, becoming guilty of being Pharisees. Then again, we address them timidly, watering down Biblical truths for fear of “losing people.” Avoidance, self-righteousness, or faithlessness — none of them are acceptable.

Curtain Number 4 is the more redemptive choice. We can take Paul’s advice by explaining and defending a traditional, Biblically based worldview on the sexes.

The concept of only two sexes — each unique, invaluable, unchangeable — is described with contempt by cultural elites as a throwback to “gender binaries.”

The “gender binary” term, though technically neutral, often implies an ignorant, oppressive way of looking at the sexes, limiting them to only two categories, and enforcing stereotypes about each.

Indeed, the goal of many is to encourage a near-rabid contempt for those believing in a male/female binary. Enlightened people, they say, have moved beyond this either/or approach by recognizing there are many genders, all of them changeable, so the idea of blue for boys and pink for girls is a dinosaur we should retire.

This poses a challenge to Christians, since the Bible takes an unapologetically binary approach (search in vain for verses claiming there are more than two sexes) leaving us with two questions:

Did God Get It Right?

That first question is less facetious than it sounds. Proponents of multiple gender-identifications, much like proponents of a pro-gay approach to the Bible, insist that the authors of the Old and New Testaments didn’t know what we know today about genes, psychology, sociology, or sexuality.

So because of Paul’s limited understanding of homosexuality, he condemned it because he didn’t know as much about it as we now do.

Likewise, if only he, Moses, and other Bible writers had our modern understanding of gender identity, they’d have condoned defining your own sex regardless of your genitals, changing from one to the other, or adopting a variety of gender identities at your discretion.

All of which could make sense if you viewed the Bible as a collection of writings from ancient men with ancient understanding.

But if God inspired the authors of scripture as Paul declared He did (II Timothy 3:16) then it becomes impossible to believe that humanity’s all-knowing Creator didn’t fully understand these important details about His own creation.

So if He fully understood them, then what He led Biblical authors to write about them was, in fact, both informed and relevant to this day.

Which leads to a second question: Is the concept of binaries a primary Biblical issue worth taking an unmovable stand on?

Doctrinally, it seems primary to me, first because the male/female distinctive is so clearly defined in the Creation account (Genesis 1:27) and the union of the two sexes is also described as the answer to humanity’s primary need for partnering. (Genesis 2:18) So the sexual binary, a limitation to two categories and a recognition of the uniqueness of each, is necessary for the kind of partnering God created and commended.

Secondly, the male female union is used throughout scripture to represent God’s union with His people (Isaiah 54:5, Jeremiah 3:14, Jeremiah 31:31-33, Ephesians 5:25-27) The “God as Husband; Israel as Wife” or “Christ as Husband; Church as Wife” concepts in both testaments are binary concepts, leaving no room for added options.

So if the image of God is represented in the union of two specific, clearly defined categories — male and female — and if the only partnership commended throughout scripture is likewise binary — one man; one woman — and if the sex we’re born with is a divine assignment (see, for example, Jeremiah 1:5, Psalms 139:13–16) then sexual binaries aren’t secondary, adjustable window dressing to the human experience. They’re foundational to it, accounting for its ability to replicate and to maintain familial and social stability.

Among believers this should be a no-brainer.

We worship the One who made humanity male or female. Thereby, tampering with His ordination by adding new categories, or by trying to alter the sex He assigned us, are both serious violations of created intent. I see no other way a serious Bible believing Christian can view this.

Reasoning with the World

But to the culture, what the Bible says is of less importance, so speaking to the world requires reasons beyond chapter and verse.

Fair enough. We can have a discussion with the world about this because it can be argued, apart from Biblical quotes, that sexual binaries enhance stability, while gender variations decrease it.

The distinctions between men and women are intact cross culturally, as Dr. Anne Moore and David Jessel pointed out in their book Brain Sex: The Real Difference Between Men and Women:

Yet the truth is that virtually every professional scientist and researcher into the subject has concluded that the brains of men and women are different. There has seldom been a greater divide between what intelligent, enlightened opinion presumes — that men and women have the same brain — and what science knows — that they do not.

Sexual differences should not, though, be confused with sexual stereotypes. Not every man is meant to be John Wayne, nor every woman June Cleaver, and nothing in scripture or common sense tells us otherwise. King David himself, who was nothing if not a man’s man, was also a gifted poet and musician who contributed some of the most exquisitely sensitive material in the Bible.

Strong women and sensitive men retain their sex without conforming to a cliché, so binaries don’t enslave us to a certain personality type. Rather, they reinforce the established fact that we are one of two — male or female — and attempts to add multiple categories are invitations to societal chaos.

That’s not a futuristic scenario, by the way. Facebook now offers a choice of 56 gender categories to choose from, including “Agender/Neutrois” (no gender at all), “Androgyne/Androgynous” (both genders combined, making them a third gender), “Bigender” (switches between male and female at different times), and “Two-spirit” (a Native American concept of male and female spirits dwelling in the same body).

If that sounds like madness, consider a recent “EcoSexual Sextravaganza” led by a professor at Santa Monica College who took students on a field trip to marry the ocean, after which they were encouraged to “consummate” the marriage and “make love” to the water.

Other multi-gender trends include identifying as an animal rather than a human, thus becoming not transgender, but transpecies, transitioning from a female into a dragon, or rejecting traditional maleness in favor of becoming a puppy.

The temptation to laugh at this insanity (when weeping is really called for) can distract us from its ramifications. When extremes are displayed (and admittedly, most transgender people seem to have no interest in some of the craziness cited above) they numb us to less bizarre but equally serious behaviors.

For instance, have you noticed that same-sex marriage, the former hot topic, now seems awfully tame compared to girls being coerced into showering with guys, multiple gender categories, or college professors orchestrating sexual trysts between students and the ocean?

Yet the trend to subjectively redefine what you are in lieu of what you feel is the real culprit here, not the crazy directions it can go.

Each time someone says, “I’m now something else,” all the people connected to him/her have to adjust their expectations and, in fact, the very way they relate to that person. Businesses can be sued if they don’t, and families can expect to be torn apart if they don’t comply with a loved one’s new chosen identity.

Mind you, the choice of changing gender identity has no numerical limit, so one can, per current trends, change any number of times, coercing others to change along with him, raising a practical concern: stability.

Any system depends on its parts remaining intact and functional, being what they’re meant to be, harmonious with the parts attached to them. The entire system has to readjust when a part changes its shape and, depending on the severity of the change, the system may shut down entirely.

So do any of us really expect family units — our most important systems that are endangered species already — to thrive when at whim Dad can become Mom and Jane can become Jake?

For that matter, if gender, marriage, and parenting roles are randomly morphed when one party chooses a new way to self-identify, what are the survival chances of social stability?

As Madame DeFarge famously quipped in Dicken’s Tale of Two Cities: “Can such things last? Bah! I mock you.”

Confusion breeds dependency, dependency invites government to take over where family roles have faltered. Some shudder at that, while others hope for it, seeing the traditional family as a restrictive hindrance to social progress.

Martha Fineman, a gender legal theorist, admits this in her 2004 book The Autonomy Myth when she argues for the abolition of state-recognized marriage because it allows for family privacy, which is something she deems a problem.

“Once the institutional protection (the family) is removed, behavior would be judged by standards established to regulate interactions among all members of society.”

The long-term goals of many LGBT activists are actually not just access to the restrooms of their preferred gender identity, but actually destroying the concept of gender or the separation of the genders altogether.

The sex we were born with is the sex a loving Creator assigned us, an immutable gift crippled but essentially unchanged even when subjected to surgeries and drugs.

It is one of two gifts, male or female, not one of many, and it represents half of the human poetry God set in motion when He authored the human drama.

Male/female binaries, then, represent not a problem to be solved, but a state to be explored, enhanced, and celebrated. As CS Lewis noted:

The place for which He designs human beings in His scheme of things is the place they are made for. When we want to be something other than the thing God wants us to be, we must be wanting what, in fact, will not make us happy.