Train Was Speeding 50 Mph Over the Limit Before Deadly Wreck

At least three people were killed. 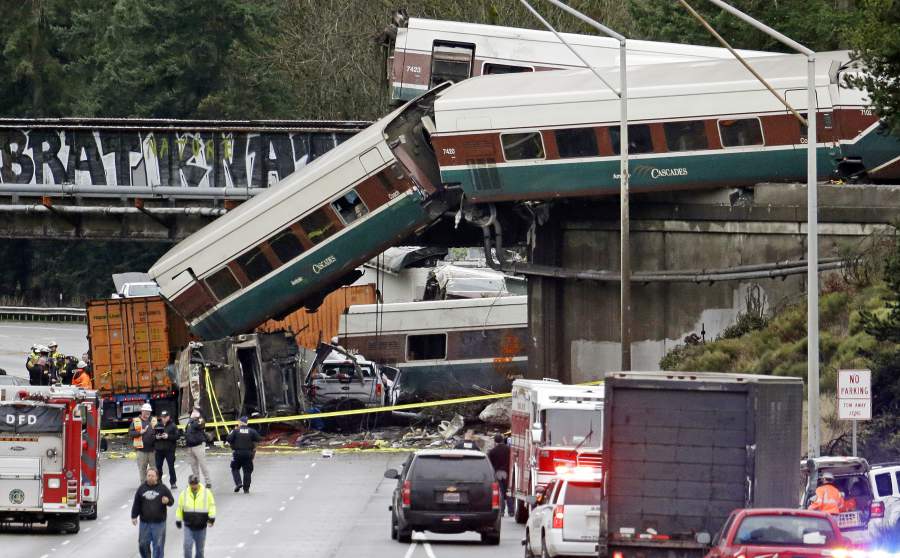 Cars from an Amtrak train lay spilled onto Interstate 5 below alongside smashed vehicles as some train cars remain on the tracks above Monday, Dec. 18, 2017, in DuPont, Wash. The Amtrak train making the first-ever run along a faster new route hurtled off the overpass Monday near Tacoma and spilled some of its cars onto the highway below, killing some people, authorities said.

This article is available to read at the Associated Press Archive Link here: https://apnews.com/9b4d7dd95c4f4d0884790e59d42c8cc7/Train-speeding-50-mph-over-limit-before-deadly-derailment