Here’s how it would play out. 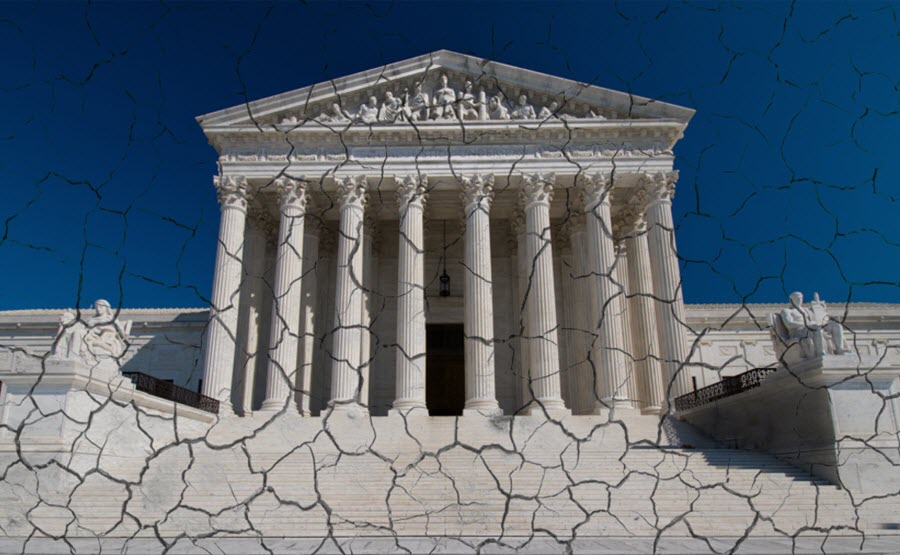 The latest hot-button issue up for debate in Congress? The future of the Supreme Court itself.

“House and Senate Democrats plan to introduce legislation Thursday to expand the Supreme Court from the current nine justices to 13, a bill that liberal interests groups have been expecting for some time,” ABC News reports.

“After years of Republicans upending precedent, breaking their own rules, and stealing seats on the Supreme Court in order to use it as a political pawn, we need more than a commission to restore integrity to the Court,” said Senator Ed Markey, one of the bill’s authors. “We need to abolish the filibuster and expand the Supreme Court.”

Our democracy is under assault, and the Supreme Court has dealt the sharpest blows.

To restore power to the people, we must #ExpandTheCourt.

That's why I'm introducing the Judiciary Act of 2021 with @RepJerryNadler, @RepHankJohnson, and @SenMarkey to add four seats to SCOTUS. https://t.co/iW0hlmIpwk

Even though it won’t likely have the votes to pass in the immediate future, this is nonetheless an alarming development. While packing the Supreme Court would technically be within the letter of the Constitution, the number of justices has remained at nine since 1869. Changing this would be a shredding of norms and a rewriting of the rules for political gain. It would have grave consequences.

Here’s how it would play out.

Congress could pass a law expanding the number of judges on the court and a president could sign it into law without technically violating the Constitution. This would then give that same president and Congress, presumably of the same party, the opportunity to add judges they know agree with them and will uphold their agenda.

Packing the Supreme Court would likely set off a cycle where each party expands the court whenever it takes power. (Democrats add two justices, then Republicans add two, and so on.) Such a scenario would almost certainly result in a Supreme Court expanded to the size of irrelevance that loses legitimacy and is thus unable to check the power of the other branches.

The Renewed Scheme is Still a Bad Idea

The system that protects our constitutional liberties would suffer as a result.

“If the Democrats pack the court, the GOP will respond in kind, as soon as they get the chance,” George Mason University law professor Ilya Somin has explained. “The predictable result will not only be a loss of ‘credibility’ for the Supreme Court, but also the elimination of judicial review as an effective check on the other branches of government.”

“If the president can pack the court any time his or her party controls both houses of Congress, they can prevent the court from making decisions that curb unconstitutional policies they may wish to enact,” Somin continued. “It is no accident that court-packing is a standard tool of authoritarian populists seeking to undermine liberal democracy, recently used in such countries as Hungary, Turkey, and Venezuela.”

Still not convinced that this renewed scheme is a bad idea? Maybe you’ll believe 2005 Joe Biden, who warned as a senator that court-packing was “dangerous” and a corrupt power-grab.

On the floor of the Senate, Biden’s anti-court packing comments were limited by time, so he submitted his full statement into the record. Here are his full comments, where he describes court packing as “dangerous:” pic.twitter.com/Iwa6V3jWnv

Or former Supreme Court Justice and liberal icon Ruth Bader Ginsburg, who famously said court-packing was a “bad idea” that would “make the court look partisan.”

The party lines may have changed, but that underlying truth hasn’t.