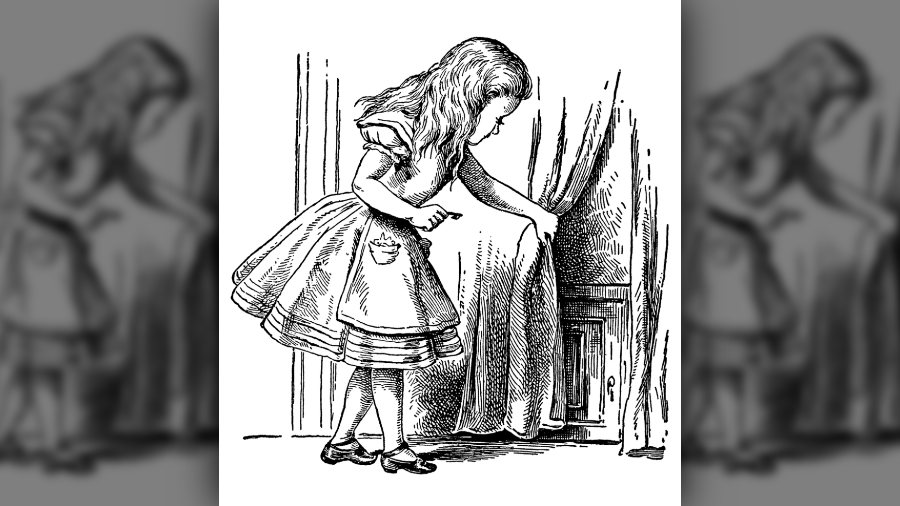 ‘There’s no use trying,’ she said: ‘one can’t believe impossible things.’

‘I daresay you haven’t had much practice,’ said the Queen. ‘When I was your age, I always did it for half-an-hour a day. Why sometimes I’ve believed as many as six impossible things before breakfast.’

— Through The Looking Glass by Lewis Carroll

As I watch the nightly news from urban liberal war zones like Portland or force my eyeballs to stay open through the Democrats’ virtual convention, I keep thinking, “We’re through the looking glass, people!” And that’s not just an expression. I mean that, like Carroll’s mad Red Queen, in order to be a Democrat in 2020, you are required to believe an unlimited number of impossible things. The Party’s embrace of “Alice In Wonderland” level madness inspired me to start making a list of these impossible things. To be a Democrat today, you have to believe …

1. That a pre-born human baby is not a human being deserving of protection from killing, and neither is a baby that was born 10 minutes ago if the mother decides she doesn’t want to keep it.

3. That the best solution for rioting, looting, arson and violence in the streets is to defund the police.

4. That all the gains in the economy under Trump were really caused by Obama, but the worldwide economic crash following China’s unleashing of a pandemic was caused by Trump.

5. That Trump has a plan to rig the next election that involves making the Obama Administration remove thousands of mailboxes several years ago. Also, that the Post Office is removing little-used mailboxes in Oregon because the key to Trump’s reelection is for him to win Oregon.

6. And on that subject, that nobody ever complained about the US Post Office being slow, inefficient and unreliable until Trump was elected.

7. That America is an oppressive, racist, white supremacist nation that’s the root of all evil in the world and its culture is inferior to that of other nations, including the many nations where people are willing to risk their lives just for the chance to come to America.

8. That Trump built “cages for children” on the border during the Obama Administration.

10. That people with male genitals are women just because they say they are, but people who say that actually having female genitals makes them women are intolerant, transphobic bigots.

11. Also, hospitals must be forced to give gynecological exams to “women” with male genitals, and taxpayers forced to pay for abortions for them.

12. Again on that subject, that someone born male who developed a muscular masculine physique before deciding he was a girl has no unfair physical advantage in sports over the much smaller teenage girl whose face (s)he is crushing into the wrestling mat.

13. That Trump botched the response to COVID-19 by xenophobically shutting down travel from China and crashing the economy with a shutdown, but Democrats would have prevented both the pandemic and the crash by not stopping travel from China and shutting down the economy sooner, harder and longer. Also, it’s absolutely impossible for Trump to keep people from crossing our border, but he could have kept a virus from crossing our border.

14. That an acceptable way to express how much you care about black lives is to burn black neighborhoods, loot black-owned businesses and tear down statues of abolitionist leaders. Also, that all black lives matter except those of black cops, black Republicans, and black pre-born babies.

16. That the people who presided over the rise of ISIS, the Iraq and Afghan wars, a nuclear Iran and North Korea and even Iran falling to the Mullahs in the first place, are trusted diplomatic professionals, while the man who crushed ISIS, dealt with Iran and North Korea and crafted a historic Middle East peace agreement is a dangerous amateur who’s destroying our foreign policy.

19. That there are 57 genders but only one acceptable political viewpoint.

Okay, this could go on forever, so I’m going to stop at 20 and let you add to the list in the comments. Have fun, if that’s not impossible these days …