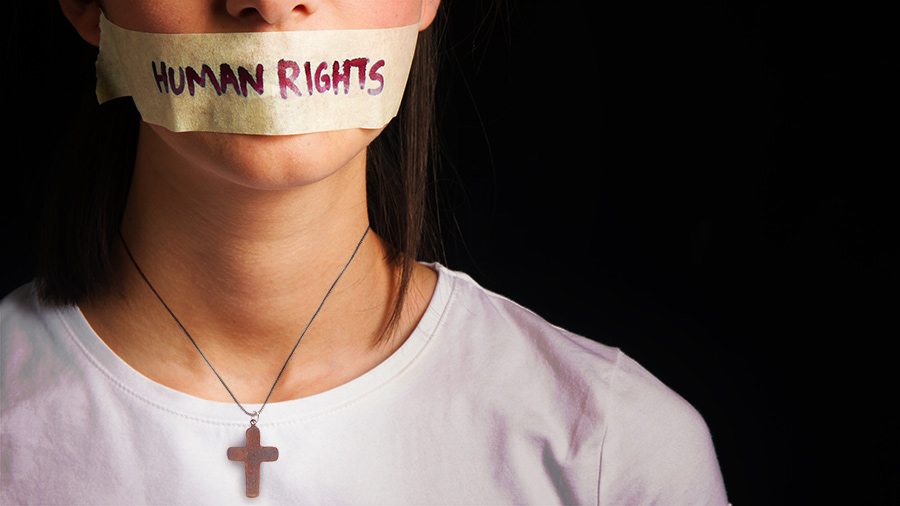 By Andreas Thonhauser Published on December 10, 2018 •

Wouldn’t the world be more peaceful if affirming the dignity of every human being were enough to secure their liberties?

Unfortunately, events around the world testify to the fact that a statement of freedoms is not, in itself, a dependable assurance of civil liberties.

The Universal Declaration of Human Rights

In 1945, while emerging from World War II, delegates from around the world gathered in San Francisco to found the United Nations. Three years later, the newly formed U.N. would provide the platform for the drafting of the Universal Declaration of Human Rights.

This year marks seven decades since the document’s adoption.

Signed in the aftermath of totalitarian regimes wreaking havoc on their own citizens and around the world, with one voice, the signatories declared “Never again.” They would never again allow themselves to stand idly by while the rights, dignity, and lives of their fellow man were systematically stripped away.

Many consider the declaration to be the foundation of international human rights law. As a foundational document, it recognizes essential rights including the right to life, the right to freedom of thought, conscience, and religion, and freedom of opinion and expression. It also recognizes the family as the “natural and fundamental group unit of society,” and that parents have a “prior right to choose the kind of education that shall be given to their children.”

Sadly, in the 70 years since the declaration was adopted, many of these promises have gone unfulfilled — not just during times of war and turmoil, but in peacetime as well.

Among the most dramatic failures of governments to uphold the declaration is in the realm of parental rights. This is happening not just in far-off lands, but in the West. Some Western parents today are at the mercy of government-run agencies that can take away their children without a moment’s notice, all for raising them peacefully in accordance with their religious values.

This is what happened to Marius and Ruth Bodnariu of Norway, whose five young children were removed from their care without any warning or notice. A powerful government agency known as Barnevernet removed the children because authorities in the family’s community felt that the children were being “indoctrinated” by their parents’ faith convictions.

Thankfully, amid intense pressure from the international community, Barnevernet eventually returned the children to their home. But parents like Marius and Ruth should not have to live in fear simply for deciding how their children should be educated. The declaration recognizes that as a fundamental human right.

Or consider young Ruben, six years old and the only member of his family who can see. His mother and father have been blind since birth. He’s seen quite a bit already. His family lives in the Indian state of Madyha Pradesh, where the ground is as dry as the air.

His father was holding a worship meeting at their church a few months ago. An angry mob gathered in front of the church, screaming and chanting until they entered the church and assaulted the worshippers. Ruben’s father was badly beaten and then dragged to the police station, along with Ruben and his mother. There, the three of them were stripped and beaten repeatedly, then kept in jail for three days and nights before being released on bail.

Sadly, this is not an isolated incident. A growing group of violent extremists is seeking to purge India of all non-Hindu religions. India is among the countries with the highest social hostility against religious minorities.

According to the declaration and India’s own constitution, Ruben and his family should have the freedom to practice their Christian faith “in teaching, practice, worship, and observance.”

Seven decades after its creation, the declaration still stands as an unprecedented global recognition of the universality of human rights. In an age in which those rights continue to be consistently ignored, abused, and distorted, the document is not only relevant, but crucial.

To re-focus attention on today’s threats to basic human rights, ADF International has launched a multi-national media campaign called “I’m Human, Right?” A key element of that campaign is the Geneva Statement, which any one can sign online. This statement urges the U.N. and its member states to recommit to the vision so clearly articulated and adopted 70 years ago.

Signing this statement will serve as a powerful reminder that people around the world are watching, and urging the U.N. to take a leading role in ensuring the protection of basic human rights in accord with the declaration.

Seventy years after the declaration was signed, it’s our turn to hold leaders accountable to these commitments — for the sake of our generation, and for those to follow.