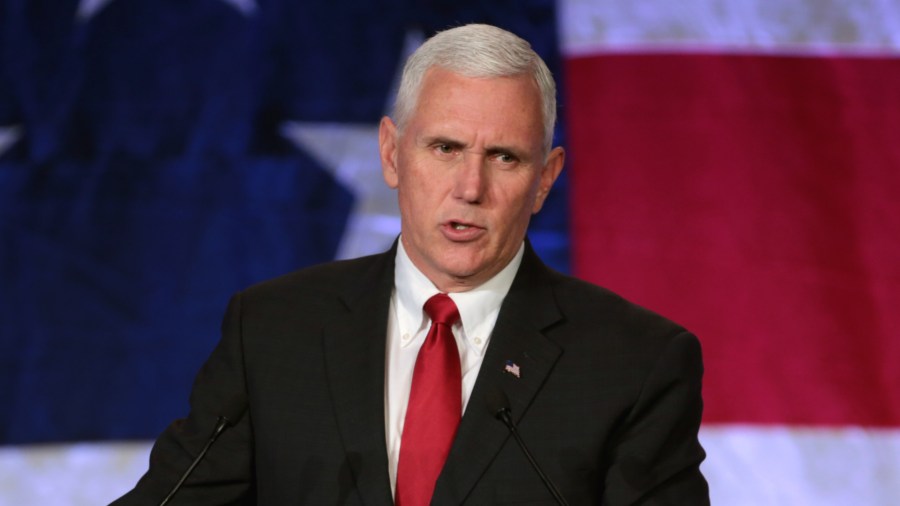 During NBC’s Thursday coverage of the January 6 committee hearings, they cut away to golf. Hey, it was the U.S. Open. Here’s Nick Arama at RedState.

The focus on Thursday was Vice President Mike Pence and what he went through that day. Not that there was any cross-examination in an attempt to really know. We did learn that Pence spent several hours in a secure location, which appeared to be a loading area deep within the complex, and we heard committee Democrats praise him lavishly for his courage in not going along with Trump. Greg Jacob, former counsel to Pence, said that “Pence’s instinct” told him there was no way the framers of the Constitution intended the VP to have that kind of power.

It seems to me that being pulled into this story might actually have helped some viewers understand how Trump was feeling at the time. Obviously, he believed the election had been stolen by Democrats in those battleground states and that the Judicial Branch had not done its job. Yes, he chose to listen to the advisers who said what he wanted to hear, as we all do. And the way he saw it, he wasn’t trying to instigate a coup. He was hoping to prevent one, by the Left. And some on the right did go way too far.

Mark Levin, speaking Thursday night on Hannity, pointed out that while Biden, Schumer, and Pelosi criticize Trump for not responding “quickly enough” to the January 6 riot, they still haven’t responded to the assassination plot against Supreme Court Justice Brett Kavanaugh, which would certainly represent a more serious threat to our Republic than a bunch of unarmed ragtag Trump supporters.

They also haven’t responded to “the threats that are coming down, the potential need for the National Guard to protect the Supreme Court” when the decision is announced on their landmark abortion case.

“This is a railroad job,” Levin said of these hearings.

He reminded viewers of how “extraordinarily violent” the Left is, evoking the summer of 2020, the riots accompanying Trump’s inauguration — to try to prevent him being sworn in as President (that apparently was okay) — and the attack at the White House that injured 50 Secret Service agents.

So after putting January 6 in perspective, he said he was “disgusted” at the 40 minutes he watched on Thursday, seeing that it was “choreographed,” with teleprompters, spliced-up and cherry-picked video, and no contrary witnesses, contrary evidence, motions, challenges, or cross-examination. No opposition whatsoever.

Even the legal analysts sit there on TV and say, we learned a lot today, he said. “You learned nothing.”

As for the testimony regarding Pence, Levin pointed out that their chief witness, Michael Luttig, was not an adviser to Pence and never spoke to Pence. Levin’s sources close to Pence say Luttig “volunteered” his analysis by submitting it unsolicited to the Vice President’s office. None of that came out in testimony on Thursday — could it possibly be because there was no cross-examination?

J. Michael Luttig is a conservative former federal judge who testified that Pence had no authority to stop Congress from certifying the election — he had tweeted this on January 5 — and that this would have brought on a “constitutional crisis.” He painted a picture of Trump as someone desperately trying to cling to power and called his efforts a “war on democracy.”

Forbes reports that Texas Sen. Ted Cruz clerked for Luttig and considers him to be a mentor. It would be very interesting to get Cruz’s take on his testimony. Amazingly, Luttig’s other law clerk was Trump attorney John Eastman, the very adviser who was the one encouraging Trump — and Pence — to challenge the election. What an interesting scenario. If only there were some real Republicans involved in these hearings, to bring in some cross-examination…

Levin also brought up the letter we reported on previously, from former U.S. attorney in Philadelphia William McSwain to President Trump, dating from June 2021. Recall that he was telling Trump that Attorney General Bill Barr had instructed him not to say anything publicly about the allegations of election “irregularities” that had been coming to his office, but to pass these along to the state attorney general, who had said Trump could not win.

‘This is a Railroad Job’

“Wouldn’t it be nice when Barr was testifying, that somebody was there to challenge Barr? Somebody was there to challenge Luttig?” Levin asked. He pointed out that even some leftist legal professors agreed with Trump attorney John Eastman’s position “before it was John Eastman’s [and Trump’s] position.” The final say on election law was supposed to be with state legislators, he said, not with judges, and Levin holds that Trump “had every right” to ask state legislatures to look into these matters.

He also said it’s not clear under the 12th Amendment what the responsibilities of the Vice President are in such a situation. There needed to be challenges in the hearing about this.

“This is a railroad job,” Levin said of these hearings, “pure and simple. And it’s time the media get off its a– – and pay attention, and legal analysts act like real lawyers.”

Couldn’t have said it better.