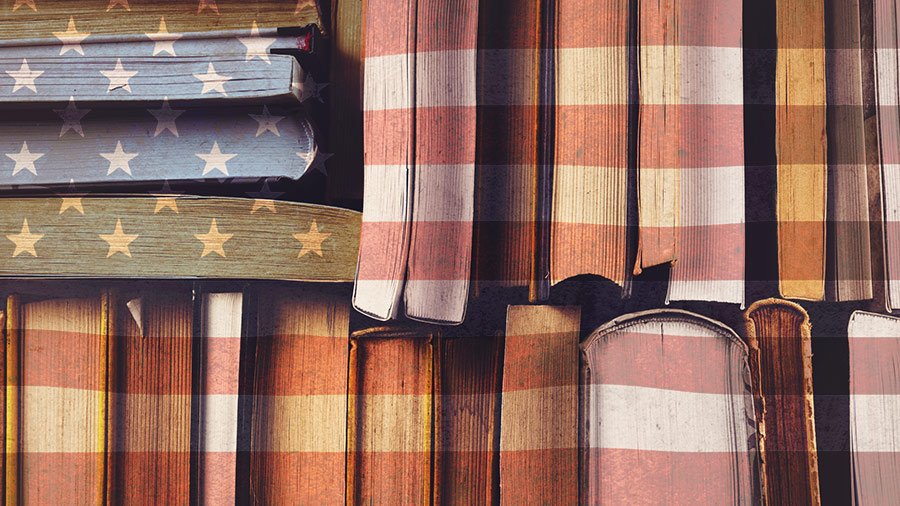 I grew up a few miles away from Donald Trump in Queens, N.Y. So I knew how you were supposed to mark our nation’s Independence Day: By getting illegal fireworks from Chinatown. Then shooting them off in crowded neighborhoods until they sounded like Mosul, Iraq. The Italian and Irish kids would spend their savings on “blockbusters” (1/4 stick of dynamite, we were told) or M-80 rockets and use them to stage impromptu mortar fights in Astoria Park.

I came out of childhood with all my fingers intact. Now I am older and wiser. Mayor Giuliani cracked down on illegal fireworks. And I no longer live in New York. So I’ve decided to mark the day of our nation’s birth more sedately: By recommending the best recent books I know of that explore our nation’s heritage.

Not one of those Founders, not even Deists like Thomas Jefferson and Benjamin Franklin, believed that American freedom could survive without the moral code undergirded by widespread Christian faith.

Inventing Freedom, by Daniel Hannan. A rich and readable book by a British member of the European parliament — and a leader in the Brexit movement. It’s too good to miss. It traces the freedoms which citizens enjoy in nations settled (or in some cases, colonized) by Britain. These go back not to Greek or Roman philosophy, Hannan argues. No, they trace more directly to the customs of the Anglo-Saxons. These Germanic barbarians conquered and settled in Britain after the last Roman legions departed in the fifth century. They replaced the Roman government with tribal rule. They brought with them a love for voting and a deep distrust of tyranny.

That Saxon spirit survived the Norman Conquest, and helped to infuse Common Law with a passion for liberty. The Magna Carta was the first of many events in which English nobles reasserted those ancient rights, and encoded them in customs. Christianity taught Britons to extend the rights of barons, gradually, to Everyman. Hannan shows the heritage of basic rights we take for granted, from North America to New Zealand, from the Falkland Islands to India:

It is no accident that nations with deep British influence are among the freest, fairest, most prosperous spots on earth.

Tea Party Catholic, by Samuel Gregg. A clear and cogent case by a Catholic scholar. He shows that the basic rights assert ed by the U.S. Constitution fit well with the heritage of apostolic Christian faith. Gregg starts with the actual Boston Tea Party, and explores the key role played by Charles Carroll. He was the only Catholic to sign the Declaration of Independence. Gregg notes that Carroll had literally the most to lose of any American rebel (beyond his life): He was the wealthiest man in the 13 colonies in 1776. Gregg shows the influence of Adam Smith on Carroll’s thinking. Drawing on this, Gregg demonstrates the profound connections among three very American phenomena:

My favorite incident in the book, which I edited for publication, is this one: When the Catholics of Maryland needed a new bishop, the Vatican wrote to the newly established U.S. Congress, asking for its permission. Those Protestant legislators were puzzled. Citing the First Amendment, they wrote the Vatican back: It was free to do as it liked. That answer puzzled the pope, and deeply impressed him: In all the Catholic monarchies of Europe, the kings wielded veto power over such basic church decisions. In the new American government, the church was free to flourish. As it did, for two hundred years.

Metaxas confronts the myth that the U.S. was founded on secular, Enlightenment principles.

No Faith? No Freedom Either

If You Can Keep It, by Eric Metaxas. This 2016 book by the popular apologist for the Gospel and radio host goes to the basics. Metaxas confronts the myth that the U.S. was founded on secular, Enlightenment principles. (Like those that goaded the bloody, cruel Revolution in France.) That assertion was long the fodder of cranky village atheists. But it has lately been given legs by a strange new faction of “illiberal Christians.” These include Catholic professors like Patrick Deneen and Michael Hanby. Rod Dreher has popularized them (and cited them extensively) in his writings on the Benedict Option. Metaxas points to the mountains of evidence in the writings and speeches of our Founders that prove the contrary. Not one of those Founders, not even Deists like Thomas Jefferson and Benjamin Franklin, believed that American freedom was incompatible with Christian faith. In fact, none of them thought that such freedom could survive without the moral code undergirded by such faith. Metaxas shows the organic connection between the Declaration of Independence and centuries of British, Christian struggles for religious and civic freedom. Think of Metaxas’ book as the Protestant counterpart to Tea Party Catholic.

Read All Three Together

Read these three books together to appreciate the medieval, historical, and ecumenical Christian backgrounds to American freedom. We should see our freedom as fragile, precious, and one hundred percent dependent on the survival of the culture that gave it birth: A culture that values human rights because it sees human beings as precious — as images of God whom He saw fit to create, redeem, and sanctify. No tyrant has any right, no ideologue any claim, to degrade or oppress God’s noblest creature.