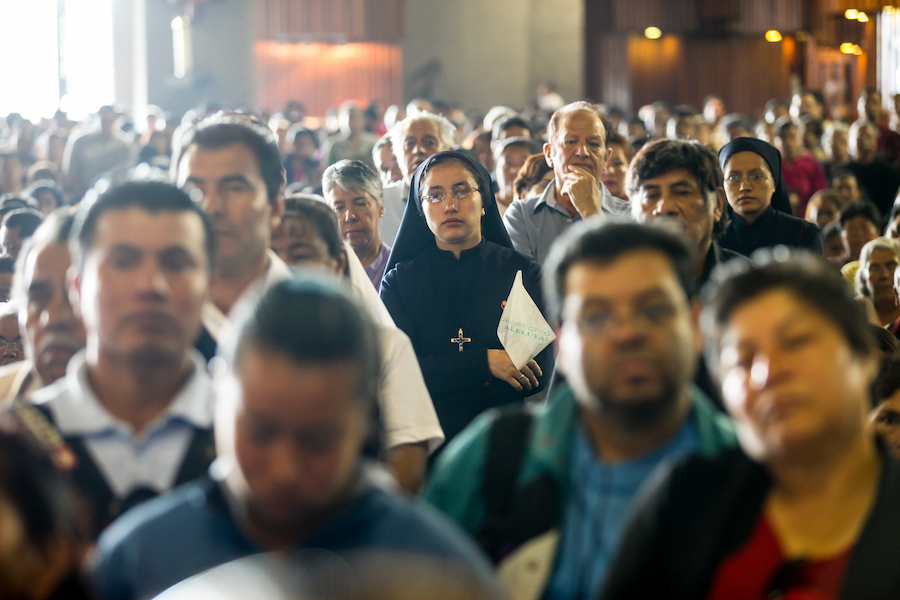 Thousands of Catholics and Christians in Mexico and Brazil are reportedly attending clandestine masses in defiance of coronavirus social distancing orders.

“The bells don’t ring, there are no calls to mass,” Antonio Hernández, who has seen church-goers quietly enter religious services at the Mexican Sagrado Corazón de Jesús church, told The Guardian.

“You just see the people arrive a few minutes before 6:30 p.m., enter the temple through the back door and then after that you start to hear their prayers,” he said.

More than 80% of those in Mexico identify as Catholic, The Guardian reported, making Mexico the country with the largest Catholic congregation in the world second only to Brazil. Latin America itself is home to more than 40% of the world’s Catholics.

Many of these Catholics have continued to go to mass, despite coronavirus social distancing orders. Mexico’s federal government suspended all religious activities that involve crowds in March after the Mexican Episcopal Conference suspended masses earlier in the month following the nation’s first wave of coronavirus outbreaks, The Guardian reported.

The secret church services are “invitation only,” Diego Martinez, whose mother attends the services, told The Guardian. “They call you and tell you the place and the date.”

Some churches, such as the Nuestra Señora de Fátima church in Zacatecas, allow attendance if the mass-goers sit behind the camera while the mass is live-streamed on Facebook. Vicente Martinez, a Catholic in the city of Gómez Palacios, said all churches have been closed in his area but that his church has hidden activities every Thursday for about 30 to 40 people.

“They do a callout where they describe it as an exclusive and private mass with refreshments after,” Martinez told The Guardian.

Mexican authorities raided the Nuestra Señora de la Luz in the middle of mass in late May where they found around 20 people who were mostly elderly women praying. The authorities kicked the women out of the church and sealed the church’s back door, through which the women had entered.

“[But] they didn’t take any measures against the people inside — not even their temperature,” Martinez told The Guardian.

Evangelicals in Brazil have also been sneaking into church services, though the state governor of Rio banned religious gatherings in mid-March, according to The Guardian. Brazil’s president Jair Bolsonaro has been calling for churches to reopen, the publication reported.

“Lift up your hands and shout: ‘I wasn’t chosen to hide myself!’” shouted Pastor Gilvrando Rodrigues at a church service attended by about 80 worshippers in Rio, according to The Guardian.

“I won’t accept having to cower in a cave, I won’t accept hiding in a hole because I have a calling from God,” Rodrigues added. “You could have stayed at home. But you needed to be here taking care of your salvation.”

‘How Do You Handcuff the Holy Spirit?’: Over 400 California Churches to Reopen on Pentecost