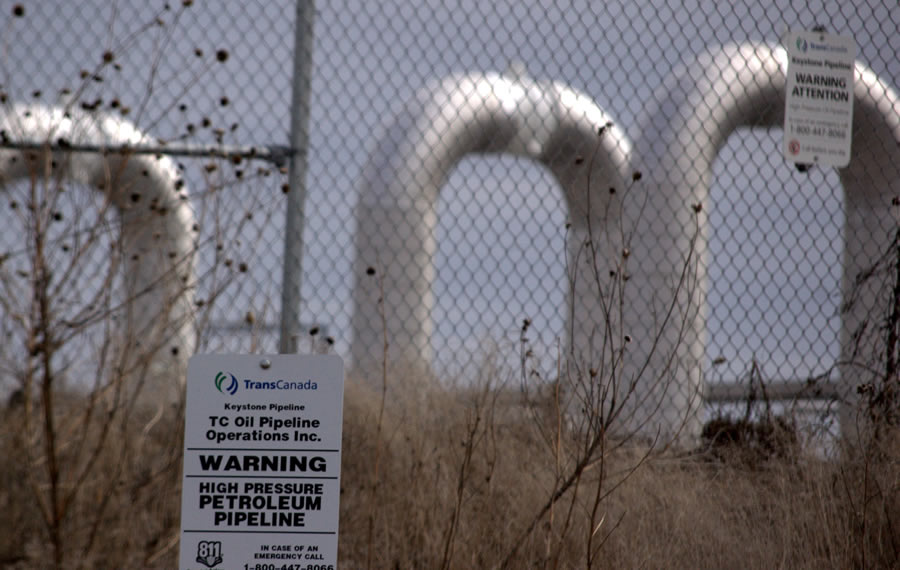 A lawsuit from across the northern U.S. border over the Biden administration’s halting of an oil pipeline could hang on a Supreme Court ruling against the Trump administration related to the southern border.

In his first day in office, President Joe Biden canceled construction of the Keystone XL oil pipeline, an action projected to wipe out 11,000 jobs, including 8,000 union jobs.

Biden’s move reversed President Donald Trump’s executive action in early 2017 clearing the way for construction of the 1,200-mile pipeline from Alberta, Canada, through Montana and South Dakota to Nebraska. The project already had begun in Canada.

Alberta Premier Jason Kenney threatened legal action against the Biden administration, calling cancellation of the project a “gut punch” and “insult” to Canada.

Alberta-based TC Energy Corp. did not respond to inquiries for this story from The Daily Signal, but said in a recent press release: “TC Energy will review the decision, assess its implications, and consider its options.”

A recent Supreme Court case that may provide guidance is Department of Homeland Security v. Regents of the University of California. In a 5-4 decision last June, the justices ruled that the Trump administration violated the Administrative Procedure Act by doing away with an Obama administration policy called Deferred Action for Childhood Arrivals, or DACA.

The key similarity is the concept of “reliance interest,” GianCarlo Canaparo, a legal fellow with The Heritage Foundation, told The Daily Signal. The phrase is mentioned several times in the high court’s opinion in the DACA case.

President Barack Obama’s executive action, which allowed illegal immigrants brought to the United States as minors to stay legally under certain circumstances, created an expectation among people in the country. Thus, if the U.S. government wanted to scrap the DACA policy, it would have to go through an administrative procedure.

This created a “reliance interest” in the policy, the majority opinion by Chief Justice John Roberts said.

TC Energy and the Canadian government likely also would have a reliance interest, said Canaparo, who has been researching potential legal avenues for the pipeline case:

In DHS v. Regents, the court found that Trump couldn’t rescind DACA even though it was an executive action, because there was a reliance interest. That could be a stumbling block for Biden with regard to the Keystone pipeline. … The administration did not consider any reliance interest.

Just as Obama’s DACA stated that certain people could live and work in the United States, Trump’s go-ahead for Keystone XL instituted a right to build a pipeline across the Canadian-U.S. border, Canaparo said. Both policies, according to court precedent, “created rights” that require the government to go through a procedure to undo, he said.

“Those rights were snatched away and the Biden administration did not consider the reliance interests of TC Energy, the Canadian government, or Alberta,” Canaparo said. “The administration also did not provide a stated purpose for the decision. You could say it was to reduce carbon emissions. But the oil will still be transported by train or truck.”

The majority opinion in the Supreme Court’s ruling noted that some DACA recipients had enrolled in degree programs, started careers, opened businesses, and bought homes. This crossed from being an emotional appeal to being a legal argument, because those persons took such actions in reliance on government policy.

Similarly, TC Energy issued at least six contracts and was set to employ 11,000 for the $8 billion construction of the pipeline to carry 830,000 barrels of crude oil per day from oil sands in Alberta to Steele City, Nebraska. From there, the pipeline would connect with another Keystone pipeline that runs south to the Gulf Coast.

The Supreme Court kept DACA in place, for the interim, while stating that the Department of Homeland Security has the authority to rescind the amnesty policy.

The high court didn’t rule on the legality of Obama’s policy, only that the Trump administration violated the Administrative Procedure Act in ending it. The justices also said Trump’s DHS was “arbitrary and capricious” for not providing a compelling reason for the policy change.

In a 2009 case, FCC v. Fox Television Stations, the Supreme Court established detailed guidelines for judicial review of a change in a government standard, according to a Congressional Research Service report. Among these guidelines is that the change cannot be an “unexplained inconsistency.”

Congress passed the Administrative Procedure Act in 1946, after World War II, to recognize that the executive branch might have to take emergency action without congressional approval. Congress, however, wanted guidelines in place.

In a 2009 case, FCC v. Fox Television Stations, the Supreme Court established detailed guidelines for judicial review of a change in a government standard, according to a Congressional Research Service report. Among these guidelines is that the change cannot be an “unexplained inconsistency.”

The high court’s 2009 ruling also said that an agency would be required to provide a “more detailed justification” for a change in policy in some instances, including when a previous policy has “engendered serious reliance interests that must be taken into account.” The court determined that it would be “arbitrary and capricious” to “ignore” or “disregard” such matters.

In its 2016 opinion in Encino Motorcars, LLC v. Navarro, the Supreme Court determined that “serious reliance interests are at stake” when the Labor Department altered its statutory interpretation of a rule without a “reasoned explanation.” The agency’s move came after decades of “industry reliance” on an existing policy, the court said.

In addition to suing the Biden administration in federal court, TC Energy could launch a case under a provision of the North American Free Trade Agreement. A NAFTA provision called Chapter 11 allows companies in the United States, Mexico, or Canada to challenge decisions by one of the three nations. The provision was grandfathered into the U.S.-Mexico-Canada Agreement, which replaced NAFTA, until 2023.

A complaint by TC Energy about the pipeline cancellation under Chapter 11 could provide more neutral ground, Mark Warner, an international trade lawyer at MAAW Law in Toronto, told the Financial Post.

“They could file a complaint under the old Chapter 11 and make a case that this was arbitrary and a denial of due process,” Warner told the Post.

The energy company was going to launch both a Chapter 11 complaint under NAFTA and a federal lawsuit in 2016, but dropped both after Trump approved the pipeline project, the Post reported.