‘This is Truly About the Kids’: Parents Challenging Explicit Content in Schools Respond to ‘Book Banners’ Label 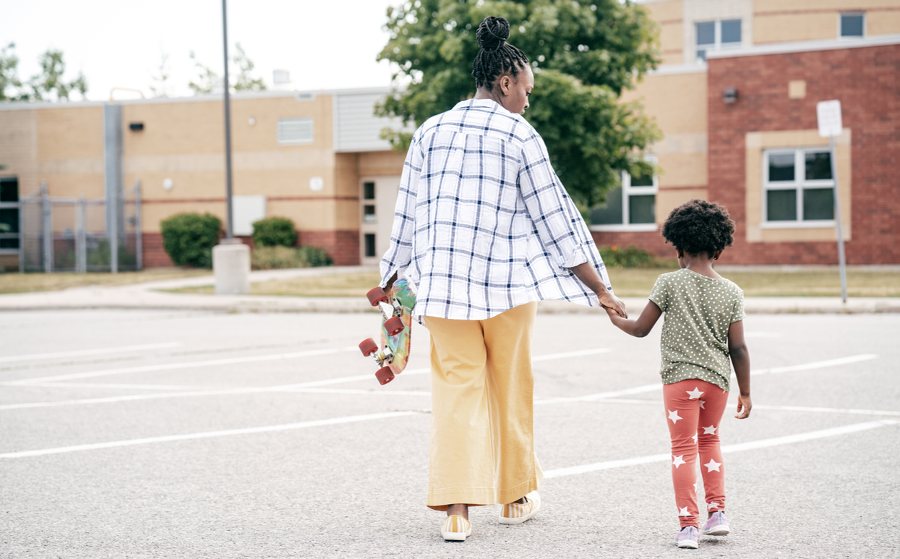 Parents challenging books in school districts are being deemed “book banners,” but they respond that it’s not about banning the books but rather giving parents the right to control their child’s education.

From July 2021 until June 2022, more than 2,500 books have been prohibited in classrooms with 1,648 individual titles being affected, according to PEN America, a nonprofit focused on free expression. Parents told the Daily Caller News Foundation that the books being flagged have sexually explicit content and while critics have deemed them “book banners,” the parents want control over their child’s education and age-appropriate content in schools.

“I have four kids and their developmental stages are different,” Joe Mobley, a father of four in Loudoun County, Virginia, told the DCNF. “It’s not about getting rid of the books. It’s about controlling access to information when we think it’s best for a child to know about it. We don’t teach kindergarteners about the atrocities of war and genocide and raping and pillaging. But it’s in the curriculum some other time where the parents agree it’s developmentally appropriate.”

Jennifer Peterson, a parent of Spotsylvania County Public Schools in Virginia, began to challenge books in May and since then around 30 books have been challenged within the district, the Free Lance Star reported.

Peterson told the DCNF she has been called a “book burner,” “racist” and “homophobe” because she is challenging books with sexually explicit content, some featuring the LGBTQ community, such as “All Boys Aren’t Blue,” a memoir about a queer black man.

“Most of these books have pedophilia, grooming, rape and bestiality,” Peterson told the DCNF. “They have terms in the books that I’ve had to look up, and I’m 47 and have had two kids. I’m not a sheltered person. It’s over-sexualizing our children, it’s desensitizing them. Truth be told, maybe 25% of the books challenged are actually LBGTQ. Maybe 20% actually had anything at all to do with either a minority author or minority content. It’s not about any of that, but nobody wants to listen to that side of the message.”

Miranda Stovall, a parent of Jefferson County Public Schools in Louisville, Kentucky, told the DCNF she was criticized for challenging the presence of “Gender Queer,” a graphic memoir of an individual’s nonbinary and asexual experience. In September, a vote kept the book in the school district despite Stovall’s challenge, the Courier Journal reported.

“‘I’ve been called a book burner, book banner, I’ve been compared to Hitler,” Stovall told the DCNF. “Being compared to Hitler was the newest one that I’ve heard. I think Hitler burned, what, 25,000 books? I’m disputing a few books with adult sexual content. I don’t think that’s a comparison that’s fair to make.”

Kimberly Thurston, a member of Hanover Patriots, a group focused on education in the local community, told the DCNF that when parents challenge books in schools it is not about banning the books entirely but about giving parents the control over what their child has access to and is taught.

“It doesn’t have anything to do with being afraid or trying to be a book banner,” Thurston told the DCNF. “It’s really just about making sure that parents are understanding and seeing what their kids are learning and giving those rights back to parents, no matter which side of the spectrum you fall on. No one’s trying to limit what your child is reading. They’re just trying to make sure that all students are given the same opportunity to read books that are culturally and emotionally responsible for their age and that parents are aware of what their kids are seeing.”

On Oct. 10, a Dearborn School Board meeting in Dearborn, Michigan, was postponed after Muslim parents protested the presence of All Boys Aren’t Blue and This Book Is Gay, a book that gives the “ins and outs of gay sex,” in the school district.

“We believe that education should be impartial,” Hassan Chami, a Muslim parent of a Dearborn student, told the DCNF. “The media is trying to change the narrative that this is about LGBT. It is not. Whether this is a homosexual book or heterosexual book, sexually explicit material is immoral and does not belong in schools.”

Peterson reiterated to the DCNF that challenging books in schools is about protecting the children in schools from content that is not yet appropriate for their age.

“This is truly about the kids,” Peterson told the DCNF. “This is not about controlling other people’s kids. It’s literally about doing what’s right for our kids to protect their innocence.”