Thirsting for Rain, Hope and Truth 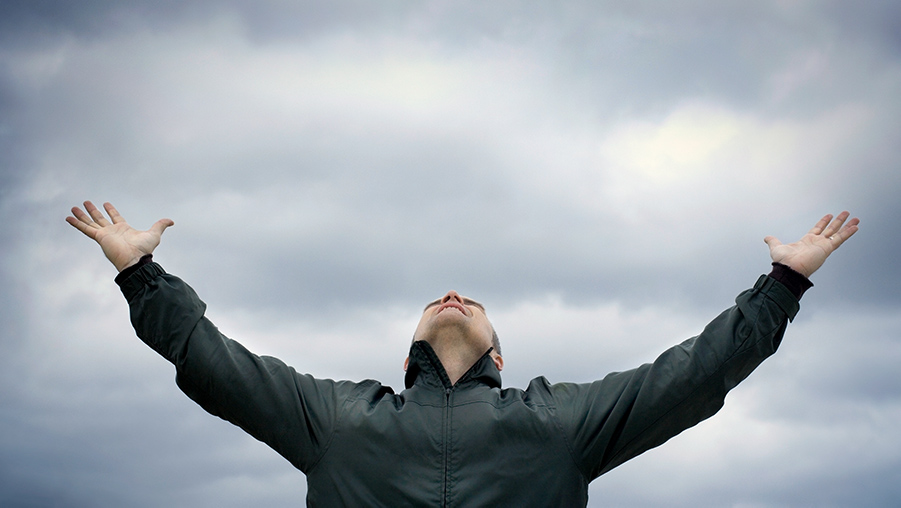 “I was sorry to see the Mooch and Spicer killed off so quickly, but I really think the introduction of Rudy’s character is going to breathe new life into the show,” commented a friend on Facebook the other day. “Kudos to the producers for keeping things so fresh.”

The comment seems to pretty well capture our national reality: So much of the country seems to be huddled around the ultimate reality show in the White House. People watch in delight and horror, amusement and triumphalism, depression and disgust. Whatever the feelings stirred, we can’t help speculating on how POTUS D.J.T. will next drive the media mad, or who will finally swoop in and deliver the “you’re fired” line on this unending episode of The Apprentice.

Even as we watch politics as an addictive drama, it seems our lives are often lived anesthetized, with our spiritual and interpersonal muscles atrophying.

It’s for some of these reasons that The Rainmaker, now playing at the Sheen Center in Manhattan, couldn’t be more timely. It’s being produced by Father Peter John Cameron, O.P. and directed by Peter Dobbins.

At one point, one of the characters exclaims: “What we need is a flood … the end of the world … ta-da, goodbye.” The line prompts a smile and puts things in focus, in that beautiful way that a well-done Broadway show can draw us into some of the deepest realities of our lives.

Life can seem a wee bit apocalyptically out of control. That feeling — both in our daily lives and politics — can overwhelm. It leads to some of the extreme polarization of our rhetoric, from social media to national campaigns. It keeps sensible and practical — never mind civil — conversations from flourishing. Making room for some kind of sense again, and for things as simple and fundamental as rain, can seem impossible when the numbness comes into play. Especially if you’re struggling with holding on to hope.

The weather in the farming town of The Rainmaker seems to be affected by the mood of the people. People are thirsting for rain; drops from the sky have become the stuff of dreams. And it’s clear from the opening moments, of course, that their thirst is for so much more. In their desire, though, there is also a hopelessness that has set in, where perhaps weeping isn’t even possible. When the character of the Rainmaker comes through town, his larger-than-life presence draws them out of themselves in the way we must be to live more fully our humanity.

At the same time of The Rainmaker’s opening, Cigna released a study that announced loneliness to be an epidemic. A storm of headlines rained down: “Loneliness may be a greater public health hazard than obesity.” “Americans are a lonely lot, and young people bear the heaviest burden.” “The universal solitude of Americans: loneliness on the rise.”

“There are too many lonely people,” we hear at another point in the play. But the audience can see that none of the characters are truly alone; there are human-made barriers and expectations that make them feel that way.

“Without giving anything away, every character in the play is searching for Something More,” Father Cameron, who’s producing the play with Blackfriars Repertory Theatre, reflects. “And they seem on the brink of giving up. We can all relate to that. But suddenly this tremendous, almost magical presence comes sweeping in … and hope becomes the order of the day. It rings true.

“The play reminds us that it’s possible to align our lives so that hope does not seem like illusion, but instead the most reasonable way to face reality. It makes us come face-to-face with why we so often lose hope in the midst of our struggles. … If one listens closely, the play has beautiful, enriching, encouraging things to say about faith, friendship, risk-taking, integrity and being true to self.”

The thirst for rain is a thirst to live freely, to live as God intends for us. Things don’t get more universal than that. Anything that pulls us away from its pursuit — including the necessary and possibly noble call of politics — is a distraction.