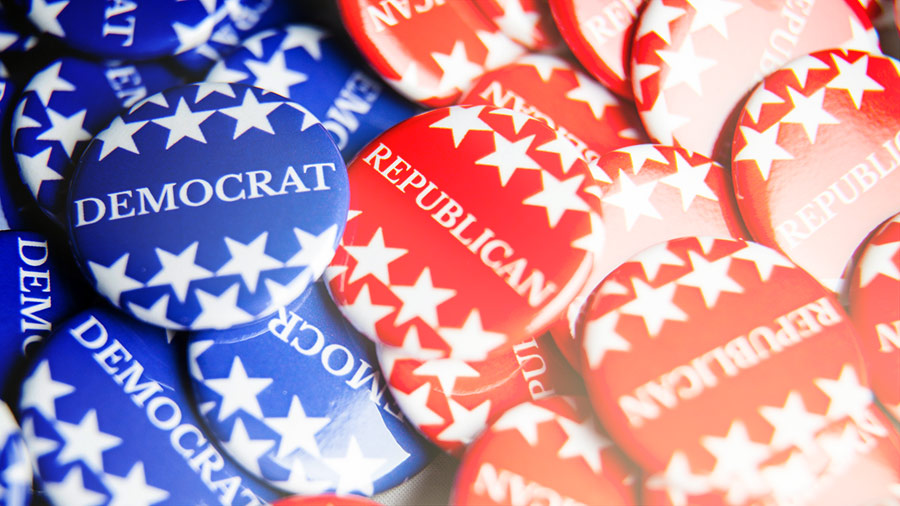 BEAVER FALLS, Pa. — Mike Mikus speculates there are a fairly decent number of voters around here who have voted over the past 20 years in turn for Ron Klink, Melissa Hart, Jason Altmire, Mark Critz, Keith Rothfus and Conor Lamb.

“While it is not like an overwhelming majority, but I bet you about 15-20 percent of the voters that at one point have voted for each one of those winners of that seat,” said Mikus, a Pittsburgh-based Democratic strategist who worked for two of the eventual winners, Altmire and Critz, who would eventually lose the seats to Republicans.

Between the time Barack Obama took the oath of office in 2009 and the time Donald Trump took the oath in 2017, Democrats lost nearly 1,000 congressional, state House and Senate seats. They also lost the majorities in the state legislatures, governors’ offices and statewide elected offices.

Two years into the Trump presidency, Democrats swung nearly 380 — about one-third — of those state House and Senate seats back into their column. They also flipped seven governors’ seats and 40 congressional House seats, additionally regaining several of the statewide elected offices.

What does this tell us? And how will Washington, D.C., interpret these results?

In 2006, when the Democrats took the House and scored wins up and down the ballot, the party seemed to mistakenly read that as a sign that America really liked them.

Four years, billions in bailouts and an Obamacare later, Republicans erased the Democrats’ House wins and demolished the Democrats in governors’ and state legislative seat races. Republicans, in their folly, thought: Well, America must really like us now.

Eight years later, we swung again as Democrats wiped out the House Republicans’ majority with fairly moderate candidates who ran on not voting for Nancy Pelosi for speaker of the House.

And Democrats are tempted to think: Oh look, America likes us again!

But does the coast-heavy Democratic leadership know anything about the districts outside of their ZIP codes of the Beltway, California, New York and Chicago?

Washington isn’t Getting the Message

It tells us in part that these rapid and large swings show a disconnected middle that distrusts both parties and has no allegiance.

But the magnitude and frequency of these swings tell us something more important: Nothing seems to be working. Voters keep telling politicians to follow through on their promise of a broad shared prosperity and an end to the culture wars. But politicians hear: Let’s get the band back together and put on an ideological road show.

Not Really a Wave

Curt Nichols, political science professor at Baylor University in Texas, cautions that these swings aren’t really waves in the way we think of a wave. In fact, he says very few elections, perhaps one in every 30 years or so, are so “wave-like” in that they wipe out the previous political order.

“Rather, most elections occur within the boundaries of the status quo. They, therefore, simply represent the electorate’s attempt to swing politics back to equilibrium after events or actions drive them akilter,” he said.

This reinforces the notion that each party gets it wrong when they think voters have come back home to them when they win.

So if you believe, as he does, that 2008 was one of those rare status-quo-shifting (i.e. true wave) electoral contests, then everything that has happened since then makes sense in terms of seeking a return to equilibrium.

“In today’s Age of Obama, politics has shifted so that the new center of the Democratic Party (its natural equilibrium) is in a space that is both friendlier to the interests of new economy billionaires and those with progressive values than was true during the Reagan Revolution Era,” he said.

When Democrats stray from this center toward the extreme, as they did shortly after Obama was elected and in the wake of nominating Hillary Clinton, the electorate pushes back.

“Then, you get the Republican electoral victories of 2010 and 2016, which were not — strictly speaking — wave elections,” he said.

When the GOP strays too far away from its own new center, which is more mildly populist than the past (in terms of championing Main Street economics and traditional values), the electorate again attempts to return the country to its equilibrium. Hence, the outcome of the recent midterm election.

“While embracing a quasi-socialist agenda may fire up the imagination of left-wing activists and historically challenged youth alike, it is far from the center of today’s status quo and will backfire for Democrats at the ballot box,” warned Nichols.

“Whatever happens in 2020, it is probably going to be best not to think of the outcome in terms of a wave election but, rather, an attempt to return to equilibrium,” said Nichols.

The quicker politicians figure out that this is both the game and the winning strategy, the sooner American politics will become more stable and perhaps a tad bit less shrill.

How Do We Choose Between Imperfect Candidates?