These 5 States Will Have Highest Tax Burdens in 2022, New Analysis Reveals

Don’t be surprised if the states topping this new list start losing people to states that don’t take as much of their money. 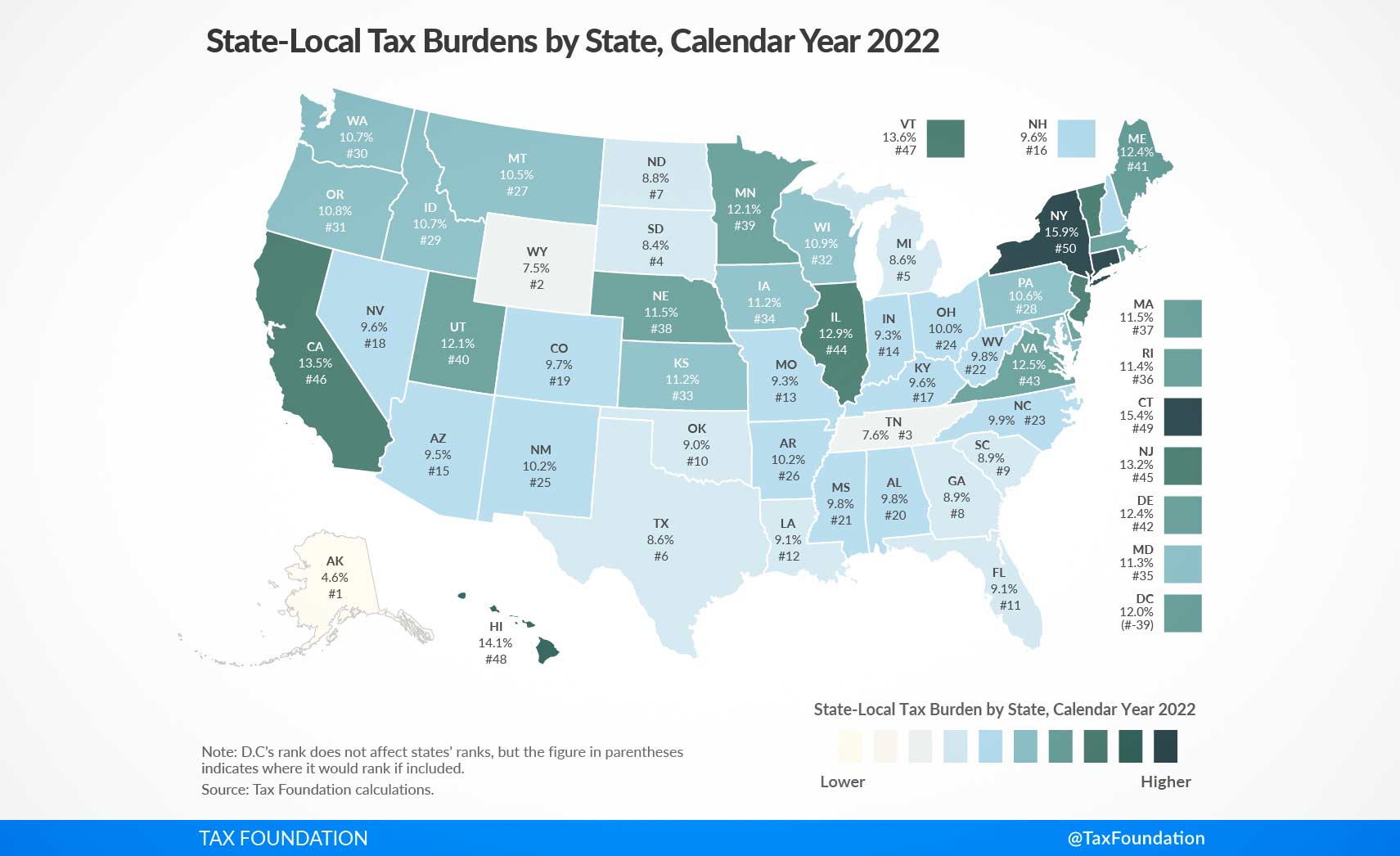 Tax season is in full swing, and many Americans are likely grimacing as they crunch the numbers and prepare to open up their wallets. But some more so than others, as the relative tax burden in the U.S. varies vastly across different states. And now, a new analysis reveals which states will have the highest (and lowest) taxes in 2022.

The right-leaning, nonpartisan Tax Foundation just ran the numbers to rank the states based on their average combined state and local tax burden. This does not include the many federal taxes all Americans must pay regardless of state residency.

The 5 States With the Highest Tax Burdens

The 5 States With the Lowest Tax Burdens

This ranking does not look solely at the absolute amount received in taxes by state and local governments. It also attempts to account for the true burden of taxes, given that sometimes the real cost of a state tax can be imposed on residents of other states. (For example, people who live in New Jersey but work in New York City also pay many New York taxes).

These differences in taxation levels are more than just a pleasant surprise for taxpayers in some states (and an ugly reality for taxpayers in others). With combined state and local tax burdens varying between nearly 16 percent in New York and just 4.6 percent in Alaska, there’s a big enough difference between the states to encourage tax competition.

What is tax competition?

It’s when “jurisdictional competition leads to better tax policy,” economist Dan Mitchell explains. “Simply stated, politicians are less greedy when they have to worry that the geese with the golden eggs can fly away.”

Americans can (and do) relocate when their local and state governments excessively raise taxes. This means states must always be on the watch against losing residents to lower-tax neighbors, a positive incentive structure that helps keep the growth of government in check and protect our wallets from greedy politicians.

So, don’t be surprised if the states topping this new list of high tax burdens start losing people to states that don’t take as much of their money.

Biden Plan Would Sabotage US Economic Competitiveness in One Huge Way, Analysis Finds