There’s Gold in Them Thar Hillbillies 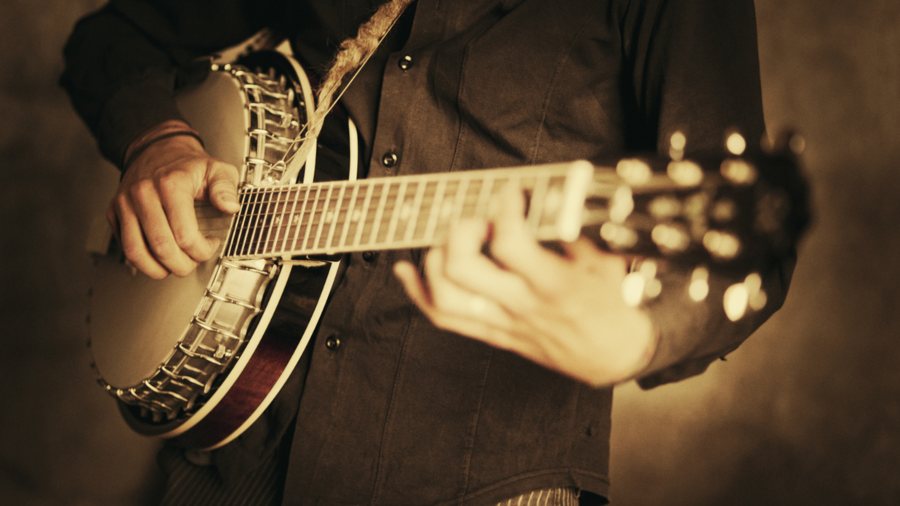 It didn’t surprise me when, backstage at the Grand Ole Opry, Father Thomas Joseph White began telling me that while he enjoyed touring with his band the Hillbilly Thomists, which consists of musical friars, he enjoys writing more. When not playing banjo in Nashville, White is the rector of the Angelicum in Rome; the school’s most famous alumnus is Pope John Paul II. His latest book is an authoritative study of the Holy Trinity.

Father White is a founding member of the Hillbilly Thomists, which came about when he brought his banjo out just for fun at religious gatherings. Slowly, friars who had professional music backgrounds joined him and they got serious, and even hit the Billboard charts.

Bourbon, Bluegrass and the Bible

Later that night, as White began a solo on stage at the Opry, I turned to an archbishop and mentioned that we were listening to the rector of the storied Angelicum. At first, he thought I was pulling his leg. That’s some of the fun of the Hillbilly Thomists. It may seem unlikely — friars of an over 800-year-old religious order dedicated to contemplation, study and preaching who are singing about bourbon, bluegrass and the Bible.

But that’s also the beauty of it. The bluegrass tradition the Hillbilly Thomists have taken up is a great mix of good fun and opportunities to catechize, much of which is infused with the writings, or at least spirit, of famous Dominican St. Thomas Aquinas.

In introducing a song about bourbon, Father Timothy Danaher relayed the substance of a debate he heard fellow friars having about what they would want if they were stranded on an island — bourbon, bluegrass or the Bible? They concluded that you can memorize the Bible and bluegrass, but not bourbon.

Singing Through Hard Times — With Hope

While there is humor in the band, it’s nonetheless based on serious religious principles.

As Father Justin Mary Bolger wrote, reflecting on some of the songs of the group’s self-titled first album:

The world can be brutal, and sometimes singing the blues is the fitting response. But there’s another strain of American music, namely, bluegrass and Gospel, that sings through hard times, but with hope — hope for redemption in Christ.

The band provides a little window into the friars’ lives, which involve singing the psalms four times a day and being patient with one another and, hopefully, exuding some joy, Father Joseph Hagan tells me backstage.

The name of the band was taken from the Southern author Flannery O’Connor, who explained that people thought that she was a “hillbilly nihilist” based on her writing, whereas she was a “hillbilly Thomist.” Further, the band’s website says: “Flannery O’Connor said that her fiction was concerned with the ways grace is at work among people who do not have access to the sacraments.”

The band’s website defines a Thomist as someone who follows the writings of St. Thomas Aquinas and “believes that the invisible grace of God can be at work in visible things, just as the Word became flesh and dwelt among us, in the person of Christ.”

One of my favorite lyrics appears on the band’s third album, “Holy Ghost Power,” in the song “The Power and the Glory”:

So don’t get lost
At any old cost
Don’t take no byway
Just stay on that highway
Just keep moving forward
In the spirit of the Lord
You’ll be fine
On down the line.

It’s a good message for anytime, but certainly for this time of year — full of worldly activity and yet also containing a desire to reevaluate things and get somewhere better, be someone better. The Hillbilly Thomists help, they really do — with fun and wisdom. (Bourbon-liking not required.)

Forgiveness is Not an Act of Weakness

Can an App Help Us Make Sense of Dying?