The Worst Time for Congressional Partisanship 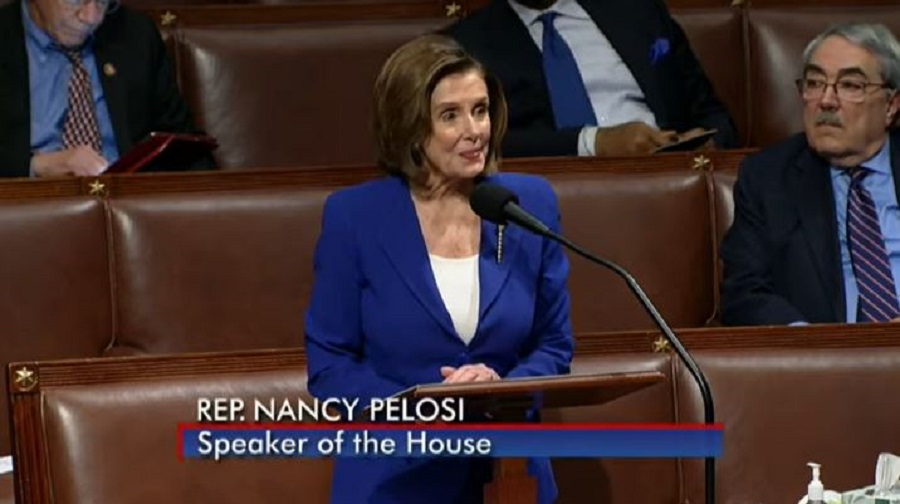 House Speaker Nancy Pelosi’s attempted partisan sabotage of the coronavirus relief bill might mark a new low for her. That the bill finally passed doesn’t excuse her reckless gamesmanship.

Republican and Democratic Senate leaders were close to an agreement when Pelosi parked her partisan broomstick and poured poison into the congressional punchbowl.

“Talking to some Senate GOP sources,” Townhall political editor Guy Benson tweeted. “They seem stunned and angry. I’m told there was lots of bipartisan input into the legislative outline & emerging specifics — including an agreement in principle on broad strokes. Then Pelosi showed up and threw a partisan grenade.” Sources said the Democratic leadership moved to exploit the crisis by attaching its socialist wish list to the bill.

Manhattan Institute senior fellow Brian Riedl, a conservative known more for his scholarship than partisanship, had strong words. “The Senate Democrats just engaged in one of the most cynical displays of partisanship I have ever seen in the U.S. Senate,” said Riedl. “They let Pelosi blow up a bipartisan agreement.”

Keep in mind that Republicans and Democrats had already hammered out an imperfect deal before Pelosi’s last-minute shenanigans. Republicans had already reluctantly agreed to certain repulsive provisions to ensure prompt relief for suffering people and the free-falling economy.

Conservative radio host Hugh Hewitt also expressed uncharacteristic disgust. Senate Majority Leader Mitch McConnell “jammed his own caucus to pass @SpeakerPelosi bill because he knows we are in a catastrophe and action needed,” Hewitt tweeted. “If businesses founder, they cannot be resurrected from ashes. Vote by @SenateDems most outrageous obstructionism I’ve ever seen and @senatemajldr anger is righteous.”

Following Pelosi’s and Sen. Chuck Schumer’s lead, congressional Democrats degenerated to class warfare to justify their obstruction, calling the bill a corporate bailout and slush fund that would not protect workers. But that was just cover for loading the bill with partisan perks that wouldn’t alleviate problems caused by the virus.

Democrats added provisions to increase federal control over elections including federal mandates on how and when we vote, and who collects absentee ballots. Conservatives have long believed these progressive proposals — mandatory early voting, mail-in ballots (which would allow ballots to be marked behind closed doors), same-day registration and legalized ballot harvesting — are aimed at manipulating election outcomes and facilitating voter fraud.

These measures have consistently failed, but Pelosi and company figured that with a gun to Republicans’ heads, they would cave to avoid being perceived as uncompassionate. Congressman Adam Schiff insulted Americans’ intelligence even more than he usually does, by depicting these provisions as necessary to strengthen “the health of our democracy.”

Other Democratic add-ons included aid for Planned Parenthood, millions for the John F. Kennedy Center for the Performing Arts and an increase in the minimum wage to $15 per hour for all businesses receiving stimulus funds.

Perhaps worst of all was their ploy to require airlines receiving assistance to fully offset carbon emissions by 2025. “There is a whole concern in our country that if we’re giving tens of billions of dollars to the airlines, that we could at least have a shared value about what happens to the environment,” Pelosi tweeted.

To understand just how disgraceful this little trick was, consider the reaction of Rep. Alexandria Ocasio-Cortez’s former chief of staff, Saikat Chakrabarti, the principal architect of AOC’s notorious Green New Deal and a progressive’s progressive. “I helped write the #GreenNewDeal and I think this is ridiculous,” Chakrabarti tweeted. “The tiny little emissions standard increase doesn’t even do anything meaningful to stave off climate change and gives the @GOP leverage to get rid of real help for working people. Solve the problem at hand.”

How can Democrats still get by with their professions of compassion when they can’t tie their shoes without injecting politics into their shoelaces? How dare they hold this relief bill hostage for items that have nothing to do with the crisis or assisting those suffering from it while otherwise claiming to support it?

This stunt showcases the level of extremism choking the reason out of the Democratic Party. Likely Democratic presidential nominee Joe Biden’s shameless support of these Green New Deal provisions puts the lie to the notion that he is a moderate alternative to some of the more extreme leftist Democratic candidates.

One can hope for more bipartisanship in tackling this pandemic and its surrounding economic devastation, but that can only happen if we decouple from relief bills the less urgent problems unrelated to the crisis. So far, congressional Democrats have resisted that, which, in a sane world, would come back to bite them in November.