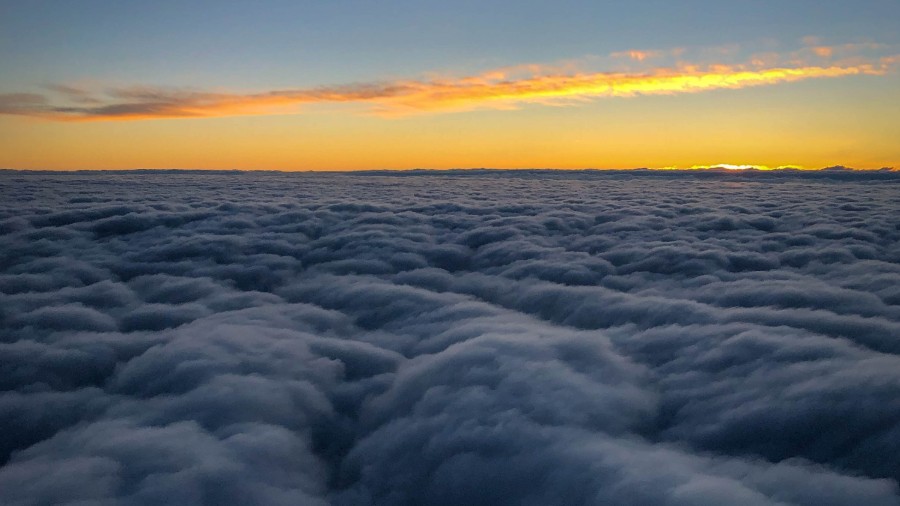 The world is an unpredictable place. But we pretend it isn’t. We like to envision our future and plan our steps, pretending we know how we’ll get there.

But the stories we write for ourselves rest on assumptions about how the world works and our place in it. And those assumptions tend to be cheery ones. Most of us never include suffering or vulnerability in our forecasts, especially if we believe that “God is in control.” But when it all goes to hell, our illusions fade to black. The smiling facade vanishes quickly when life unveils our real gods.

Our lives are changing rapidly and permanently right before our eyes. But the Church needs to take the lead in influencing the world we will face on the other side of this pandemic. 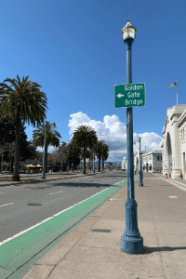 Between Sunday and Thursday of last week, I saw my own home state shut down all bars and restaurants. Inconvenient? Sure. But then I went to work. I’m a commercial airline pilot.

I spent the next three days in hotels in Boston and San Francisco. Boston was a dark, rainy ghost town. There were empty streets and closed businesses in the city by the bay. No trolley cars in sight. You could hear birds singing in the eerie air downtown.

I met a British man in an elevator whose flight to London had been canceled. He had no earthly idea when, or how, he would be able to get home. And no one from his airline would communicate with him.

Salt Lake City, one of my airline’s major hubs, was rocked by an earthquake that closed the airport and caused massive flight diversions.

During the descent on our final leg home, we were informed that the eastern half of the Indianapolis Air Traffic Control Center was shutdown. Two air traffic controllers had tested positive for Coronavirus.

In short, every time I landed somewhere, I was afraid to turn on my phone. In the space of three and a half days, I felt like I had become a character in a Stephen King novel. And as I write this, the details of this pandemic have only gotten worse.

In the space of just a few hours on the morning of September 11, 2001, we had a massive paradigm shift in this country. It led to economic calamity, war, and distrust. It’s hard to remember what life was like before that day. Today’s crisis may be happening at a little slower pace, but the consequences will be more severe. And some of them will be permanent.

Welcome to the new reality. The post-Coronavirus world is something few of us could have imagined even a few weeks ago. We’re still not sure what that world will look like. But we’re getting a glimpse.

The stock market is bouncing up and down. As of today, the value of our retirement accounts have been cut by more than a third. Leaders are issuing edicts and manipulating “rescue” bills to gain a political advantage. Neighbors hoard food and supplies, depriving their neighbors of the same. “Preppers” are feeling vindicated. Opportunists are trying to sell vital products for obscene profits.

In each of these cases, we see the fruits of the gods some folks really worship: selfishness, panic, fear, power, greed, and control.

It is an unfortunate reality that challenging times tend to bring out the worst in us. And it is a sad fact that some of that fruit comes from people we sit next to in church every week.

But it doesn’t have to be this way.

Children of a Greater God

We are free-will beings. And that means nothing is inevitable. We don’t have to accept the rotten fruit of the lower gods.

“for God gave us a spirit not of fear but of power and love and self-control” (2 Timothy 1:7).

The God of the Bible is a reasonable God. A selfless, loving, compassionate God. A God of mercy and justice.

We are made in His image.

The Church has faced catastrophes before. But instead of languishing with the lunatics of the lesser gods, it made the choice to reflect the character of its King. Here are some ways I can think of to do that. Feel free to add some more if you have them …

Empathize With the Younger Generation

If you’re older than 35 or so, think about the world you grew up in as a kid. It was carefree and mostly serene. You didn’t have to think about “adult things.” And your parents weren’t bombarded with outrage, politics, and flamethrowing 24/7/365 from the news. All you had to do was be a kid.

Now think about those who are under 30 years old. Realize that their lives have been bookended by catastrophes like 9/11 and the Coronavirus pandemic. Their view of the world is different than those of us who are older. Look at it through their eyes and have some compassion. You don’t have to be Pollyanna. Just give them something to be optimistic about … or at least try to understand why they’re not.

Christianity exploded during the plagues and persecutions in the ancient world. And it did so precisely because Christians served those who most needed it. They comforted and cared for the sick and dying. This isn’t just a job for healthcare professionals. It’s a duty for us all.

We need to quit being the “takers” our culture encourages us to be. We need to be givers of whatever it is we are able to give.

And let’s be smart about this. Preparing to care for those in need includes caching medical supplies and equipment for future outbreaks like this that will come — instead of fighting each other to hoard things now. And it means retooling our country to produce our own medicine and other medical equipment here where we need it, not overseas where it’s cheap.

The economic expectations we have come to accept as normal are reckless, selfish, and short-sighted. We borrow and spend too much. We save too little. Our leaders are more worried about the next election than the next generation. But they are like that because we demand comfort and security from them now. We have mortgaged the future so we can indulge ourselves in the present. And we do it on a national, congregational, and personal scale.

Imagine how different this crisis would be if businesses, churches, and families had conserved the financial means to weather this storm. And imagine what kind of world we will be leaving for our kids and grandkids if we don’t change our ways.

The World On The Other Side

The changes we are facing will be dramatic and long-lasting. There are things we will never do the same way. There are ways we will think about things that have been forever altered. But, since that’s the case, let’s make the world on the other side of this a better one. The circumstances will be challenging. But our response should be far different from the world around us.

If you believe Christianity is true, that means it applies to every aspect of our lives and to every situation in which we find ourselves. Economics and pandemics are no exception. Let’s use the rational minds God gave us to be smart, savvy, and sacrificial.

This kind of thing will happen again. If anybody should be ready to deal with it the next time, it’s the Church.

Bob Perry makes a living as a commercial airline pilot, but his passion is to understand, articulate and defend his Christian convictions — and to help others do the same. He holds a masters degree in Christian Apologetics from Biola University and a bachelors degree in aerospace engineering from the United States Naval Academy. Check out his blog at truehorizon.org and follow him on Twitter @True_Horizon.

An Open Letter to Our Leaders — Churches Must Not Be Handcuffed