Hate, as it turns out, is not a sustainable force. 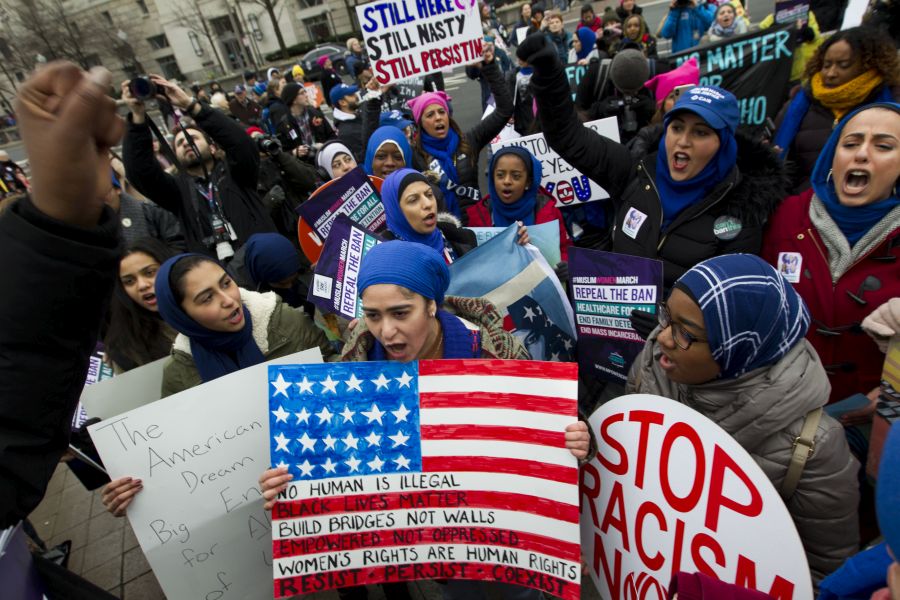 A group hold up signs at freedom plaza during the women's march in Washington on Saturday, Jan. 19, 2019.

Two years into the movement, the Women’s March is melting down.

Much of the media will blame its decay on the leaders’ unwillingness to denounce anti-Semitism, but that will only be part of the story. The other reason it will ultimately demise is because it was a fraud from the very start.

Despite its clever branding efforts, the Women’s March never represented women as a unified force. Instead, it represented radically liberal women who were upset with the results of the 2016 presidential election.

Man or woman, the march embodied a certain segment of the population that despised President Donald Trump. But instead of labeling themselves as such, its founders claimed to represent half the population.

“The Women’s March does not represent me because I believe in equal rights, not extra rights,” added Deana Bass Williams, a partner at Bass Public Affairs.

Not surprisingly, two years later the movement is falling apart. Hate, as it turns out, is not a sustainable force.

At a different pro-women’s march called the March for Life, men and women took to the streets of Washington, D.C. by the thousands. It was a beautiful celebration of the 46th year for the March for Life, which is an anniversary the Women’s March will never see.

That’s because instead of marching for hate, the March for Life marched for love. Love for the unborn, which is our most fundamental human right.

Had the Women’s March been founded in love and known what it stood for instead of just what it was against, it would have stood a chance of surviving its most recent scandal with anti-Semitism. But being founded in hate and identity politics, this was enough to divide the movement and bring so much of it down.

The problems of anti-Semitism inside the Women’s March are deep and serious, and warrant every bit of backlash they’ve received. But when the march inevitably ceases to exist, its demise will be about so much more.

It will remind us that just because women are born with the same body parts doesn’t mean we think and believe the same thing. It will teach us that pretending to speak for a majority when you’re only a fringe minority is a dishonest, fraudulent strategy.

But most importantly, it will remind us that everyone reaps what they sow. For the Women’s March, that’s divisiveness, anger, and an incredible amount of hate.

I’ll be happy to see it go, because as women, we represent so much more.