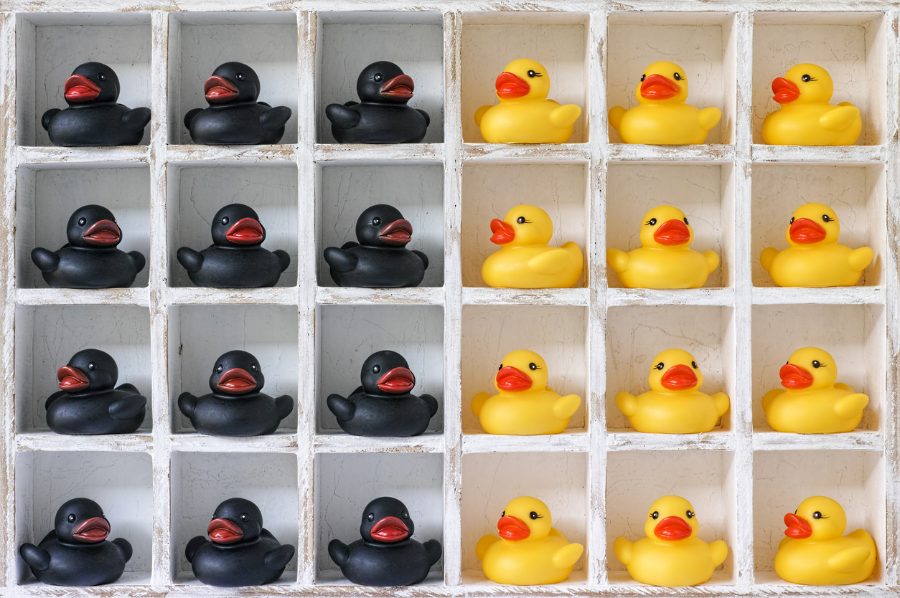 A few years ago, some friends approached me after becoming fed up with their mega church pastor. He had started making pop psychology the basis of his sermons, which often lacked any references to the Bible. So they came seeking recommendations for a new place to worship. I recommended a church because I knew they had an energetic pastor who teaches from the Bible. Now that the pastor has started to infuse his sermons with racial politics, though, I’m rethinking my advice.

The trouble began when the pastor decided to make “reconciliation” a dominant theme in the church’s mission. He recommended a book to the entire congregation called Woke Church: An Urgent Call for Christians in America to Confront Racism and Injustice by Eric Mason. I have read Mason’s book. It is so bad that I consider any pastor who recommends it to be lacking in discernment.

The book starts off on a bad note. Mason shares the story of one of his children discovering that slavery still exists in some places of the world, including Libya. With no evidence, Mason poses the question of when “our white brothers and sisters” will begin to lament the existence of black slavery. In other words, he starts off a book about racial reconciliation by accusing white Christians of racism and denial.

Mason’s complaints about the plight of black Americans aren’t limited to global issues. He talks about specific problems plaguing them, but often filtered through a left wing distortion of the facts. Among those problems is the infiltration of drugs in urban neighborhoods, fatherlessness, and violence.

Utterly lacking in Mason’s analysis is the clear evidence showing where such problems came from. They followed the proliferation of social policies promoted by liberal churches. Those churches would have described themselves as “woke” had the term been in vogue fifty years ago.

Overlooking the Growth of the Welfare State

Mason would be right to regret that liberal denominations began promoting the growth of the welfare state in the 1960s. After all, such policies pushed many black fathers out of their role as providers for their families. (The same thing has happened with many poor whites in Appalachia and elsewhere.) They made Uncle Sam the provider for countless black children residing in urban neighborhoods. Instead, Mason reserves his resentment for conservative Christians. “Even to this day,” he writes, “the black church has never forgotten the brash disconnect of Christian conservatism’s silence or verbal support of segregation.”

But is it fair to blame white Christians for the sins of earlier generations? Today, it’s hard to find conservative Christian anywhere expressing support for segregation. But the same leftist policies that decimated the black family are still in place. Mason boasts about his “woke-ness.” But he writes as if he has been asleep for fifty years.

Mason’s resentment toward white conservative Christians today over the omissions of other Christians yesterday is made worse by his own apparent racial prejudice. Consider this statement: “I fear that if we partner with whites that they will find a way to subjugate blacks and make us dependent on them in a way that kills our freedom of a truly black institution.”

But wait. Is he seeking integration or a platform to attack white Christians? He quotes Barbara Skinner admitting that “many African American Christians have trouble getting excited about reconciliation.” He also adds his own admission, “Blacks fear losing the last truly African-American institution — their churches.”

So in a few pages, he makes an odd transition. He expresses resentment over white conservative Christian apathy toward segregation in the past, then rationalizes and defends black self-segregation today. It is hard to grasp why Mason is angry and what his goals are — aside from eliciting white guilt.

Overlooking the Problems With the Black Lives Matter Movement

The incoherence continues. He laments that the church did not create and lead the Black Lives Matter (BLM) movement. His scriptural support for BLM comes from Isaiah 10, which condemns “writing oppressive laws to keep the poor from getting a fair trial.”

Note that the Book of Isaiah was written 2800 years ago. Mason provides no examples of contemporary laws preventing black Americans from getting a fair trial. Nonetheless, he insists that black and white Christians should have “hit the streets together” when the BLM movement started.

This is problematic. Recall that BLM has defended guilty criminals and defamed innocent officers by promoting distorted accounts of police shootings. The “Hands up, don’t shoot” narrative that propelled BLM was a clear example of bearing false witness against one’s neighbor.

Although Mason often condemns prejudice, he sees whites as being less intelligent than blacks when it comes to racial issues. Dripping with condescension, he states, “We must continue to have our hearts and lives open enough to lovingly engage whites who want to grow in their racial IQ.” In other words, whites who disagree with Mason are stupid and in need of re-education.

The Soft Bigotry of Low Expectations

As a criminology professor, I’m frustrated that Mason assumes the dual role of a criminologist and education expert. It’s really irritating when Mason makes claims about a “school-to-prison pipeline” without any supporting evidence. Mason speaks of school policies that push black students out of school and into prison. He does not tell us which specific policies he wishes to abolish. Nor does he explain how such policies target “young black boys.”

Mason complains that three-fourths of people imprisoned for drug offenses are minorities, while most people who use and deal drugs in America are white. The implicit suggestion is that our criminal justice system is imposing a new Jim Crow era via mass incarceration of blacks for non-violent offences. He also notes that it incarcerates blacks at “grossly disproportionately rates throughout the United States.” He then leaps to a general indictment of the system.

Does the Black Struggle for Equality Today Stem from White Racism, or from Bad Policies and Culture?

In the process, Mason omits any reference to black involvement in violent crime. In contrast to mere drug offenses, violent crime would presumably justify incarceration. Here are some hard facts, which he omits:

Such empirical realities disrupt the progressive narrative that most of black America’s problems are due to white racism, rather than a culture created, at least in part, by decades of misguided government programs. Of course, the “woke” preacher will never mention any of these issues. He isn’t there to speak the truth. He is there to virtue signal. He is dividing the Body of Christ to impress the world.