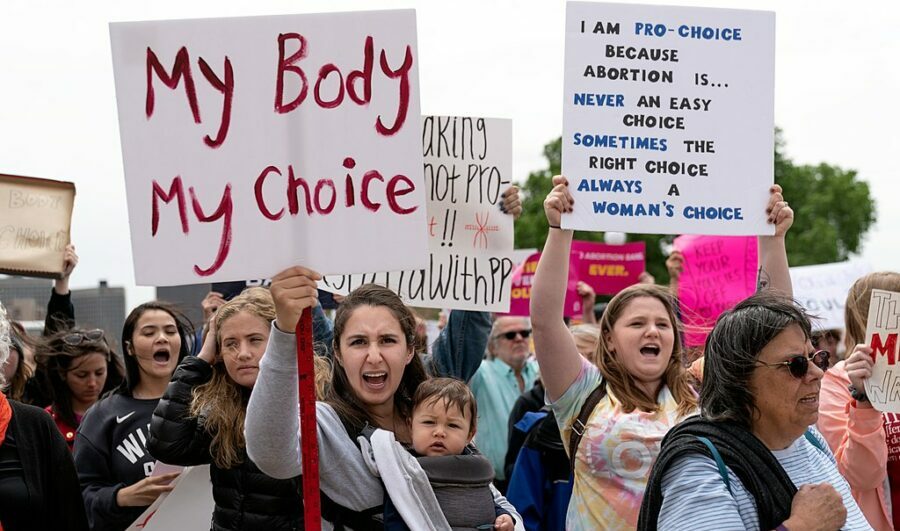 This Sunday marks the 50th anniversary since Roe v. Wade. Obviously, this year people gathered in Washington, D.C. for the March for Life with a new focus, as the Supreme Court threw out Roe v. Wade, the decision that made legal abortion the law of the land, last year.

Still Work to Do

Despite legal abortion being a thing of the past in many states thanks to that decision, we have much work to do when it comes to protecting life in America. Much of our debate around the issue of abortion continues to be mired in the cruelty, incoherence and judgmental attitudes that were a hallmark of the Roe era.

During the recent debate on the floor of the House of Representatives about legislation that would help protect babies who are born alive during a botched abortion, a Democratic congresswoman from Michigan quoted from the Old Testament to defend her “no” vote. She began: “As a pro-choice Christian who chose life, this issue is so personal to me. My faith informs my actions, but it doesn’t dictate the policy of an entire nation.”

During the Vigil for Life at the Basilica of the National Shrine of the Immaculate Conception before the March for Life this year, Bishop Michael Burbidge of Arlington, who runs the U.S. bishops’ pro-life office, said that a child in the womb belongs to God first and we all have a responsibility to do what we can to protect that child of God. This does seem to be a more sensible takeaway from Scripture, as far as I’m concerned.

Another congresswoman recently argued that it would be dangerous to bring a child born alive after a botched abortion to a hospital. She said that the legislation “requires immediately taking a struggling baby to a hospital. That hospital could be hours away and could be detrimental to the life of that baby.” So, the alternative is that the baby is left to die? That is both cruelty and incoherence.

In this new moment after Roe, there needs to be an examination of our national conscience. Why is abortion so commonplace? Why is it considered freedom and health care when it’s often posited as the only solution, with no consideration of other options for women? There are very hard cases and painful sufferings. Most abortions in America do not involve horrific stories that necessitate babies being born alive in the latest stages of pregnancy — most abortions are birth control. Can we talk about most abortions and how we can help women actually choose freely, for a start?

To mark the 50th anniversary of Roe and the first March for Life since its demise, NPR profiled a nurse practitioner and midwife who does telehealth abortions. The headline read: “With telehealth abortion, doctors have to learn to trust and empower patients.” The report explained: “Once, she provided an abortion from a restaurant, where she was out to dinner with friends.” The article quoted her: “I have found ways to just sort of work it into the rest of my life,” she says. “If I’ve got to go meet a contractor at my house, I’ll be doing an abortion phone consult while I’m driving.”

Can We Do Better?

CVS and Walgreens will soon be dispensing abortion pills. Should abortion really be a matter to discuss while driving, during dinner or with the house contractor? That seems cruel, incoherent and terrifyingly casual. Can we do better?

‘God’s Not Ashamed of Me’: Lead Singer of We Are Messengers on Why Pro-Life Cause Matters