The US is in uncharted debt territory. That should worry us. 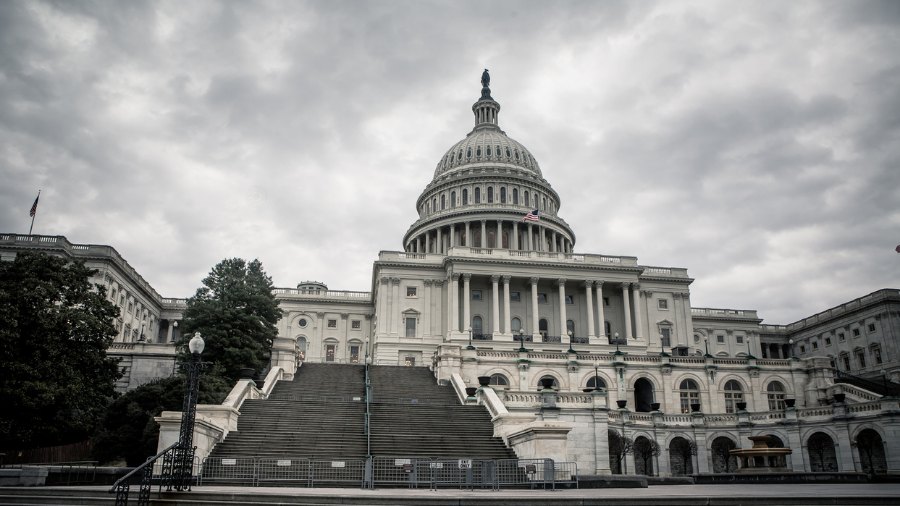 President Biden on Wednesday pitched a new plan to Americans before a joint session of Congress: more spending.

The just-released $1.8 trillion plan, presented just weeks after Biden signed a $1.9 trillion in COVID relief spending bill into law, includes “free” community college as well as universal preschool for all three- and four-year-olds.

“Mr. Biden could usher in a new era that fundamentally expands the size and role of the federal government,” The New York Times reported.

How Much Debt Is Bearable?

The announcement comes months after the Congressional Budget Office released a report projecting a $2.3 trillion deficit in 2021.

Biden’s plan will almost certainly make the deficit worse. Though the plan contains various tax increases to fund its programs, the taxes are likely to fall well short of government outlays, economists say.

“The laws of economics are more rigid than the laws of the federal government, and these tax hikes are unlikely to yield the windfall Biden expects,” Joshua Jahani, the managing director of Jahani and Associates, noted in a recent NBC News article.

As a result, the $28.2 trillion national debt will swell even faster. Worse, when unfunded liabilities are included in the balance sheet, as private companies are legally required to do, the debt exceeds $120 trillion.

How much risk these obligations present is unclear.

There is a school of thought that suggests these debts pose no serious risk. After all, in theory, a government can roll over its debt indefinitely. However, in a recent article for the Federal Reserve Bank of St. Louis, economist David Andolfatto noted that ultimately the government doesn’t decide how much debt is bearable. The market does.

“There is presumably a limit to how much the market is willing or able to absorb in the way of Treasury securities, for a given price level (or inflation rate) and a given structure of interest rates,” Andolfatto wrote. “However, no one really knows how high the debt-to-GDP ratio can get. We can only know once we get there.”

A Dangerous Level of Debt?

Andolfatto is right that no one really knows the debt tipping point. But it’s worth noting that the US debt-to-GDP ratio — essentially a country’s debt compared to its annual economic output — was 129 percent at the end of 2020. In other words, the official US debt was nearly a third larger than the entire US economy.

That is considerably higher than Greece’s debt-to-GDP ratio in 2010, when it received a bailout from the International Monetary Fund to avoid defaulting on its obligations.

The United States is not Greece, of course. But there’s no denying that the US is in uncharted territory.

The United States is not Greece, of course. Its economic potential is far greater, and it is operating under a currency it controls. But there’s no denying that the US is in uncharted territory. Today, the federal government debt-to-GDP ratio is higher than it was at the conclusion of World War II, when the nation assembled one of the largest armies the world has ever seen. Perhaps even worse, the government is piling on debt faster than ever.

Eventually, as Andolfatto notes, the market may very well decide enough is enough, and the demand for Treasury securities will dry up. Indeed, this is likely one reason cryptocurrencies are suddenly flourishing.

In seemingly the blink of an eye, cryptos have gone from being discussed in the corners of Reddit rooms and university lounges to a market of more than $2 trillion. It’s no exaggeration to say cryptos are now mainstream; they are being gobbled up by hedge funds and star athletes signing 10-figure contracts.

And it’s not hard to see why. The market is hedging. Like rats on a sinking ship, many are eyeing an exit, sensing that the dollar’s day may finally be coming to an end as its value is eroded by mass pumping.

For centuries, as any history buff knows, thinkers from Edward Gibbon to Peter Heather and beyond have asked this question. The answers vary. Some blame barbarians, others immigration. Some claimed Christianity was at fault, while others point to disease or the weakening of Roman legions.

All of these theories are interesting and worthy of examination, but I’ve found no single better explanation than the one offered by economist Ludwig von Mises who concluded Rome’s decay stemmed from its rejection of individualism and free markets.

“The marvelous civilization of antiquity perished because it did not adjust its moral code and its legal system to the requirements of the market economy,” Mises wrote.

A social order is doomed if the actions which its normal functioning requires are rejected by the standards of morality, are declared illegal by the laws of the country, and are prosecuted as criminal by the courts and the police.

The Roman Empire crumbled to dust because it lacked the spirit of [classical] liberalism and free enterprise. The policy of interventionism and its political corollary, the Fuhrer principle, decomposed the mighty empire as they will by necessity always disintegrate and destroy any social entity.

The American president and statesman John Adams once reportedly said there are two ways nations are destroyed.

“One is by the sword and the other is by debt,” Adams reputedly said. (Though the quote is widely attributed to Adams, it’s not supported by written documentation.)

There is no question debt is a serious problem. (Just ask the ancient Romans and modern Grecians.) But if Mises is correct, the explosion of debt may merely be a symptom of a much larger problem: a collapse of the spirit of liberty and the growth of a system hostile to free enterprise.

We should learn from one thing we have that the Romans didn’t: their ominous example.