The Unwarranted Storm Over Security Clearances 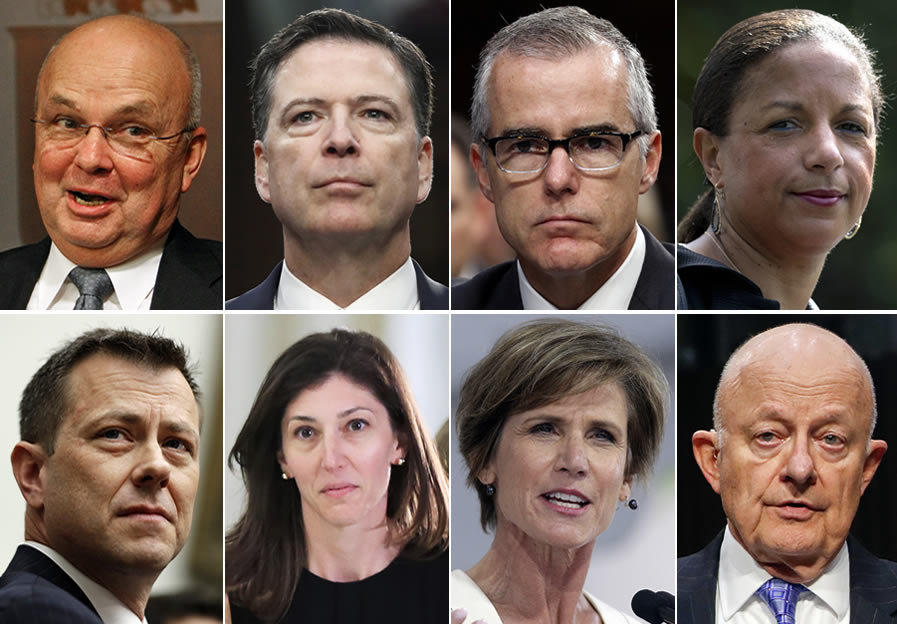 “The great thing is to get the true picture, whatever it is.” — Winston Churchill, 1940

There would be no current storm over security clearances if all such access ended the day people leave government service. In that case President Donald Trump lifting former CIA director John Brennan’s security clearance would be a non-issue. There are two reasons why high-ranking civilian and military officials want their clearances and both involve access.

The first is access to power or perceived power. Inside the Beltway, power is an aphrodisiac few want to discard. Notice the number of retired senior flag officers and discarded political cronies like John Brennan hanging around Washington.

Retired senior military officers join lobby groups like the Association of the U.S. Army, the Air Force Association, and Navy League. They congregate at the Army-Navy Club and cozy up to members of Congress. Some hope for presidential appointments when their political interests coincide with prevailing political winds. Many are relatively young and feel put out to pasture too early.

Senior military officers and presidential appointees are used to being told by sycophantic subordinates their thoughts and decisions are inerrant. Retired generals and admirals gravitate to think tank meetings held by the Council on Foreign Relations and Center for Strategic and International Studies where they think their war college graduate degrees (and in some cases earned doctorates) legitimize their credentials among Washington’s policy elites. Security clearances keep them “in the loop” in the intellectual stratosphere occupied by the policy Olympians of the swamp.

The second reason contains a “Part A” and a “Part B,” which respectively address political or personal self-service. There is no reason for retaining security clearances for John Brennan, James Comey and almost everyone else on President Trump’s list of former civil servants be they CIA, FBI, White House advisors, or retired flag officers. That others have in the past is not a reason and only perpetuates bad policy. Furthermore, using one’s clearance for partisan political gain — especially if it is to de-legitimize a duly elected administration — is wrong and a blanket abuse of a security clearance.

The Part B includes retired flag officers and former senior government civilians who sit on boards of directors, particularly in defense industries. Imagine the advantage Lockheed-Martin and General Dynamics’ Bath Iron Works would have if the boards of directors knew whether or not the latest Russian or Chinese air defense systems could detect stealth aircraft like the F-35 or that supposedly undetectable stealth naval vessels like the Zumwalt Class destroyers were, in fact, vulnerable. Certainly there should be an interface between government-funded and even privately funded defense research but it should be carefully controlled and not dependent on people hired for access. In fact, retired high-ranking civilian and military personnel are useful for their managerial skills but they also are in demand for their access to information.

Access to classified information is not a right. It’s a privilege with significant obligations and responsibilities attendant to putting service above self.

Public service should be considered a special and honorable calling. The “freedom of speech” argument does not apply the instant someone obtains a security clearance. From that moment one cannot verbally divulge classified information, write articles or books prejudicial to classified information or methods, make business and political decisions or give advice privately to political or business leaders based on what they know from classified information. Everyone with a security clearance already has, to one degree or another depending on the level of access, forfeited a portion of his or her freedom, especially their freedom to verbal or written communication. This is not a big leap. When one enters military service he or she relegates control over a vast portion of his or her life. They in fact may be required to take human life or, if necessary, sacrifice theirs. The key to a lot of that is what intelligence is all about.

Finally, no one is entitled to a security clearance. Access to classified information is not a right. It is, however, a privilege with significant obligations and responsibilities attendant to putting service above self.

The result of the current upheaval over the behavior of senior members of the intelligence (CIA, NSA, DIA, etc.) and counter intelligence communities (the Federal Bureau of Investigation) may be restructuring the entire apparatus so that political and personal biases are minimized.

‘Spygate’ and Trump’s Impeachment … It’s All the Same People