The Unsung Hero Who Financed the American Revolution, and His Lesson for Today 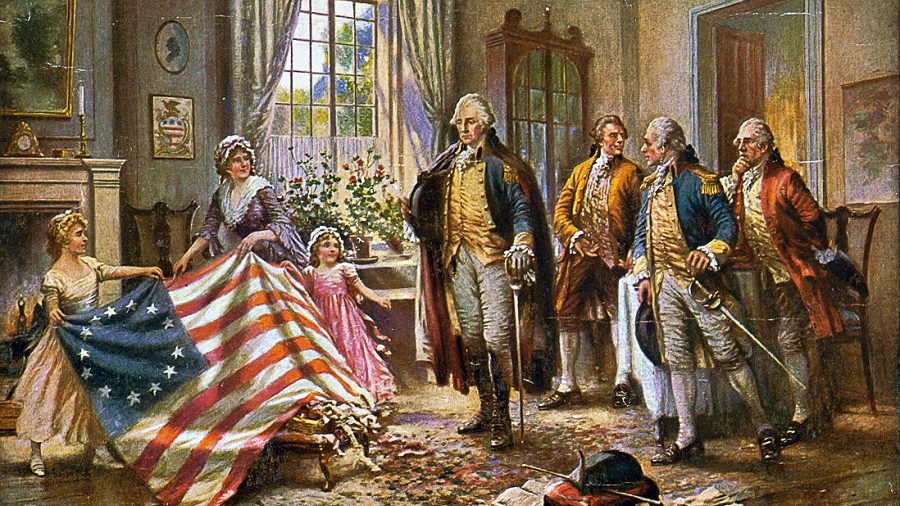 The name that King George III is said to have called the “most damning name of all” on the Declaration of Independence was not that of Benjamin Franklin, John or Samuel Adams, or even John Hancock. Instead, it was businessman Robert Morris.

As the “financier of the revolution,” Morris deserves to be duly recognized for his role in the American founding.

Morris came from humble beginnings as an orphaned immigrant from England and served as an apprentice for a shipper-banker in Philadelphia. By age 24, Morris had already opened the London Coffee House while also leading a shipping and banking firm of his own. Through these endeavors, he quickly garnered wealth, influential connections, and renown in his community.

Excessive British interference in the corporate affairs of the American Colonies stirred Morris’ desire for liberty. The Stamp Act of 1765 was a particularly egregious infringement for businessmen like Morris, prompting him to assemble his fellow colonists and take to the streets in protest.

By inspiring those around him to defend their freedom, Morris’ efforts held the overreaches of the monarchy in check.

Encouraged by this success, Morris began discovering new methods to utilize his resources and connections to secure liberty. Working his way up through local governmental bodies, he found himself in the Second Continental Congress, for which he managed organizational capital and even began procuring war supplies from Europe in preparation for prospective large-scale conflict with England.

His network of distributors in the commercial shipping industry allowed him to identify and involve supporters — even those back in Europe — who were sympathetic to the budding revolution.

Despite Morris’ desire to rein in governmental overreach, he thought that talk of revolution was premature, and questioned whether the Colonies were yet in a position to govern themselves.

When the time came to vote on independence, Morris surprisingly dissented, because he thought the Colonies were not prepared for self-governance. Yet, witnessing the desire of the people to be set free, he abstained from voting for the sake of having the motion for American independence pass.

In a letter to Gen. Horatio Gates in 1776, Morris revealed that he was willing to set aside his personal thoughts on revolt because of how earnestly his fellow colonists desired it. “I am not one of those politicians that run testy when my own plans are not adopted; for I think it the duty of a good citizen to follow when he cannot lead,” he wrote.

He later gladly signed the Declaration of Independence.

George Washington liked Morris’ character and fundraising abilities so much that he maintained regular communication with him, penning more than 130 letters from 1776 to 1798.

One of Washington’s most pressing requests to Morris came as his army awaited the crossing of the Delaware for the famous Battle of Trenton. In this gloomy hour of the American Revolution, with his troops exhausted and downtrodden, Washington wrote to Morris asking for $10,000 to provide much-needed provisions for his troops.

Morris selflessly answered the call, donating $10,000 of his own funds. This provided the boost Washington needed for a decisive victory in Trenton, one that would inspire more troops to join his ranks.

Later in the revolution, during the Yorktown campaign of 1781, Morris would rise to the challenge again. The fledgling nation was fiscally faltering, so Morris decided to issue $1.4 million in notes backed by his own credit to keep the nation afloat.

As he noted in a letter to Benjamin Harrison, “My personal credit, which thank heaven I have preserved through all the tempests of the war, has been substituted for that which the country has lost … I am now striving to transfer that credit to the public.”

In fact, Morris was so highly respected that he secured many loans on behalf of the government with nothing but his integrity as collateral.

No other man single-handedly contributed more to funding the Revolutionary War. Morris truly lived out the words written in the declaration he signed, pledging his “life, fortune, and sacred honor” for the sake of his country.

His faithfulness in doing so should cement Morris as a hero in the minds of all Americans, but especially conservatives.

Our nation is once again at a crossroads between liberty and tyranny, with the ideals of the Founders challenged by the liberal left.

As Morris asserted in a letter to Col. Joseph Reed, “[I]t is the duty of every individual to act his part in whatever station his country may call him to in times of difficulty, danger, and distress.”

More than ever, we need generous conservatives to take up the mantle of Robert Morris and employ whatever skills and passions they have toward reclaiming America.