The Theme of Thursday’s J6 Hearing is a Lie 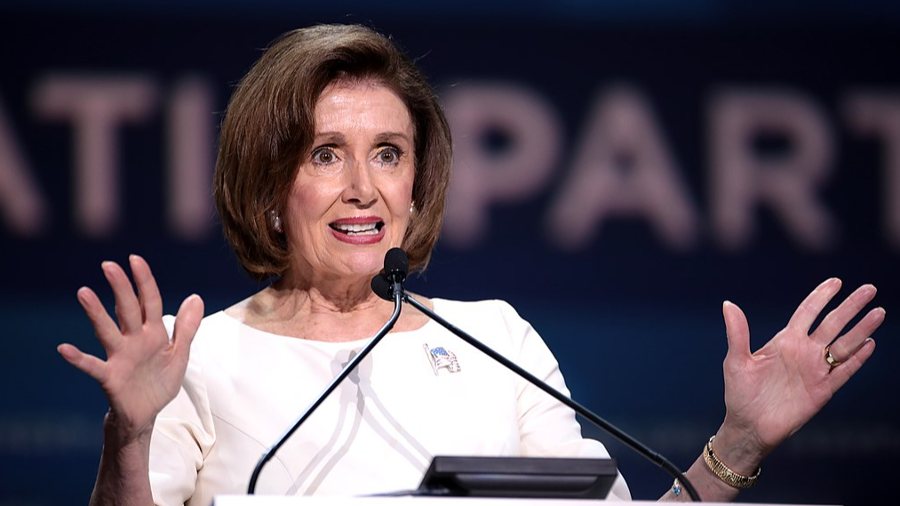 Nancy Pelosi’s January 6 kangaroo court is gearing up for another prime-time show, this one on Thursday.

But first, here’s breaking news about a dangerous insurrectionist who has been sentenced by Judge Royce Lamberth in Washington DC for her dastardly role in subverting our democracy. Thank heavens, our country is safe — for the next 60 days, at least — now that this 69-year-old grandmother, self-described “citizen journalist,” retired substance abuse counselor and breast cancer patient, Pam Hemphill from Idaho, is confined to a California prison. She’ll have three years of probation after that.

Her crime? According to the U.S. attorney’s office in DC, it was “parading” inside the Capitol building.

That means she walked around peacefully, without authorization. That’s it. Too bad; if only she were part of Stephen Colbert’s comedy writing and production team, she would’ve been completely off the hook for doing such a thing. It was that same U.S. attorney’s office that announced they were dropping all charges against the “Colbert 9,” who — even after they were warned by Capitol police — walked around inside the Capitol complex unaccompanied and unauthorized, for hours, in violation of security. Gee, if only this woman had thought to carry a cigar-smoking dog puppet and make crass jokes about GOP members of Congress, she would be home with her family tonight.

Here’s more about her on the GiveSendGo page that’s been set up for her.

Tucker Carlson reported Tuesday that Judge Lamberth said he wanted to “make an example” of this woman because of his frustration that someone in a separate case made statements that were, Lamberth said, “embarrassing to me.” “That’s not justice,” Tucker said. “It’s the opposite.”

J.D. Rucker has the disgraceful details on what Judge Lamberth did to this woman. It’s a must-read, though it will make you furious.

If you’re a regime propagandist [meaning Stephen Colbert and friends], you can do whatever you want. You can trespass in the Capitol; you won’t be charged by Joe Biden’s prosecutors. But if you’re an elderly cancer patient who votes the wrong way, you go to prison. Those are two standards, one justice system. That’s corruption.

As Triumph the Insult Comic Dog might say, “That’s our Department of ‘Justice.’ For me to poop on!”

Hoping for Sizzle to Replace Fizzle

Since the January 6th committee was hoping for sizzle and so far has had fizzle, they’ve come up with a new target: the Secret Service Agency. The committee subpoenaed them last Friday for all text messages that might have shed light on what was happening on the 6th, but the agency announced on Tuesday that there were no new texts that were relevant to the “investigation.” Texts had already been purged, they said, though there was no malicious reason for doing so.

As reported in The Washington Post, the National Archives is asking the Secret Service “to report back…within 30 days about the deletion of any records, including describing what was purged and the circumstances of how the documentation was lost.” WAPO cast suspicion on the agency, describing its role as that of “shadowing and planning President Donald Trump’s movements that day.”

The agency responded that it’s already provided thousands of documents to an agency watchdog and congressional committees, but there’s nothing new that could shed light on key matters being probed by this committee, “including whether Trump attacked a Secret Service agent.” Of course, we already know the story about Trump attacking a Secret Service agent was complete hearsay and denied by witnesses. But Liz Cheney and Bennie Thompson just can’t let it drop. What a joke.

To quote Bonchie at RedState,

The entire thing is farcical. What does the committee think the Secret Service was doing on January 6? Does anyone really think its leadership and agents were part of an attempt to take over the government? Besides, the deletion of the text messages is being defended by Joe Biden’s own appointee. Is the theory now that Biden officials are pro-January 6th?

Bonchie goes on to say that the Secret Service can show the text deletions happened over a period of months, not suddenly after January 6. The committee will just have to “look elsewhere for their ‘evidence’ of an organized coup that didn’t happen.”

Desperately Searching For a Scapegoat

But now committee members have a scapegoat for their own embarrassing failure. They have nothing that supports what they said in their brash opening statements — that Trump was leading a carefully planned coup to overthrow “our democracy” — so now they can say the evidence must have been in those texts deleted by the Secret Service as part of a phone upgrade. That’s where they would have found the smoking gun! That’s why they’re having to depend on made-up stuff and hearsay.

Most of the reporting on the January 6 hearings is sidestepping the problems with witnesses and taking what they say at face value, somehow “forgetting” that in a real hearing, there would be cross-examination and we’d get the other side. Fortunately, that’s not the case at The Federalist, where Tristan Justice examines the AP’s “blind adoption” of the incorrect timeline for the Capitol riot put forth repeatedly by the committee.

AP’s “preview” of Thursday’s hearing offered a big piece of misinformation, which, of course, was quickly scooped up by news outlets across the country. Never mind that the “P” in “AP” stands for propaganda. They happily maintain the fiction that the President waited three whole hours before telling rioters to leave the Capitol.

But according to The Washington Post, the first breach took place at 2:15 that afternoon. We know it was only 23 minutes later, at 2:38, when President Trump tweeted to his followers pleading for peace. “Please support our Capitol Police and Law Enforcement,” he told them. “They are truly on the side of our Country. Stay peaceful!” He addressed them again 30 minutes later. Two hours after the first breach, he used the platform to appear on video, telling all rioters to go home. “We have to respect our great people in law and order,” he said. “We don’t want anybody hurt.” How did Twitter respond to Trump’s call for peace? They removed it.

The full transcript of Trump’s banned video, if you haven’t seen it, is at the link.

This sure doesn’t sound like someone with insurrection on his mind. On the contrary, he’s calling for peace and respect for law on a day that had to be one of the saddest of his life. Violence was the last thing he would have wanted as his legacy.

But apparently, the committee intends to use that false timeline, the “187 minutes” of so-called inaction on the President’s part, as the theme for Thursday’s hearing. It’s a lie, and they are an embarrassment.