The Silent Suffering of Gay Men 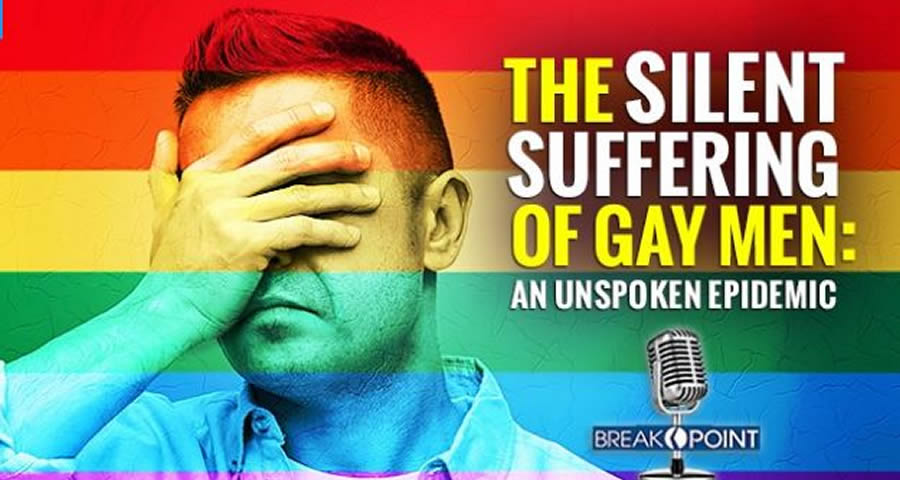 Ideas have consequences, and bad ideas have victims. False promises of love and personal fulfillment are no exception.

Over a year and a half after the Obergefell decision, the debate over gay “marriage” and homosexuality has largely fizzled out: partly because of the election, partly because the “T” in the LGBT acronym has been stealing all the headlines, and partly because Obergefell is now viewed by many as settled law. And that’s a shame, because so-called “progress” isn’t bringing about the rosy picture we were promised.

In what may be the most candid piece in Huffington Post history, Michael Hobbes, who identifies as gay, writes about what he calls an “epidemic of loneliness.”

“For years,” he begins, “I’ve noticed the divergence between my straight friends and my gay friends. While one half of my social circle has disappeared into relationships, kids and suburbs, the other has struggled through isolation and anxiety, hard drugs and risky (behavior).”

Through story after story and mountains of statistics, Hobbes then documents a consistent and chilling trend among those who share his lifestyle. “Gay men everywhere, at every age,” he writes, are two to ten times more likely than heterosexual men to commit suicide.

In fact, living in so-called “gay neighborhoods” is a predictor of more frequent, risky behaviors and methamphetamine use. And, Hobbes adds, the community itself is brutal and degrading to its members. Smart-phone hookup apps drive a culture of exploitation and casual encounters that one young man he interviewed said made him feel like “a piece of meat.”

We often hear these disastrous statistics and stories attributed to homophobia, bullying, and shame. Having been treated horribly since childhood, men like this author — the oft-repeated myth goes — are forced to live a lie. They’re depressed because they’ve been oppressed and repressed.

But here’s the problem with the bullying hypothesis. In countries like the Netherlands and Sweden where same-sex “marriage” has been the law of the land for years, gay men remain three times more susceptible to mood disorders and three to ten times more likely to engage in “suicidal self-harm.”

Incredibly, after this long and brutal and well-documented description of life in his community, Hobbes then concludes the cause as having minority status, which has taught them to live in fear. At no point does he consider the possibility that it’s the lifestyle itself that may be what’s destroying these men’s lives.

Still, one expert quoted in the piece hints that he knows what’s going on. Christopher Stults, a researcher at New York University, admits that for many people, the marriage decision was a letdown. “We have this legal status, and yet there’s still something unfulfilled.”

Unfortunately, those questions are no longer even considered by Hobbes or by social scientists. But we as a society, and especially the Church, must consider these questions. As long as there are real people trying to fill their hearts with lies, caring about them will mean having a more open mind than the Huffington Post.

Re-published with permission of the Colson Center for Christian Worldview.