History teaches us something important about inflation: it can spiral out of control just that fast. 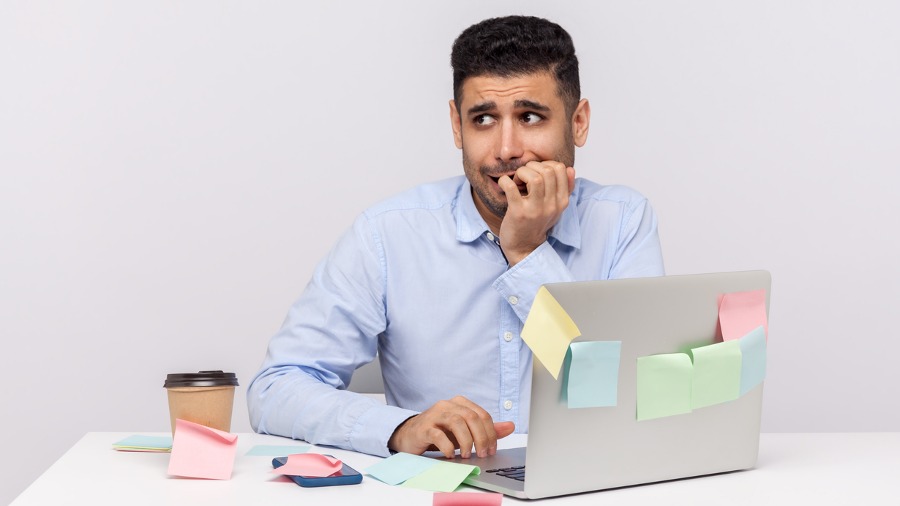 Inflation has been in the news a lot lately. The massive money pumping the Federal Reserve began in 2020 has finally got people’s attention, and is no longer a topic for just economists and free market advocates.

CNN last week reported that price increases recently hit a three-decade high and 25 percent of Americans say their standard of living has fallen. Speaking on CNBC’s “Squawk Box,” Home Depot founder Ken Langone noted that “inflation is a regressive tax [that] hits poor people hardest.” On CNBC’s sister network, MSNBC, host Joy Reid noted that “unless you’ve been living under a rock your money isn’t going as far as it used to, with higher prices on gas, food and your energy bills.”

Even the late night comedy show hosts are talking about inflation.

“I went to a gas station today,” Noah joked, “and for a gallon of regular, it just said ‘kill yourself.’”

Inflation: How Worried Should We Be?

Most people understand what inflation is, but in case you don’t, let’s define it. Inflation is essentially an increase in the supply of money. That’s basically it, and this was the standard definition of inflation for centuries, economist Joseph Salerno notes. Economists later added a second definition describing inflation as “a general and sustained increase in prices.”

Polls show Americans are quite worried about these “sustained price increases.” As FiveThirtyEight recently observed, some surveys show 87 percent of registered voters are “very” or “extremely” concerned about inflation.

Some are less worried. MSNBC’s Stephanie Ruhle recently said the “dirty little secret” was that Americans can afford inflation.

You’ve got the families of over 60 million kids on average getting $430 a month. For people on fixed incomes, older people on social security, they’re getting those fixed payments adjusted next year up 5.9 percent for inflation. And the dirty little secret here, Willie, while nobody likes to pay more, on average we have the money to do so. Household savings hit a record high over the pandemic. We didn’t have anywhere to go out and spend. And as we said a moment ago, we’re expecting retail sales this holiday season to break records. For those who own their homes and the value of our homes are up. And while the stock market isn’t the economy, you have over half of American households with some investment in the markets and the markets have hit record highs.

Ruhle isn’t wrong that inflation impacts some more than others. Homeowners and Americans invested in other assets — stocks, land, cryptocurrencies, gold and other commodities — tend to be shielded to a degree from the most pernicious effects of inflation. But this only accentuates the truth that inflation falls hardest on lower-income Americans who rely more heavily on cash.

Importantly, history teaches us something else about inflation: it can accelerate very fast.

We’ve already tackled the definition of inflation. So what’s hyperinflation?

Hyperinflation is essentially rapid inflation. Technically, it’s inflation that exceeds a 50 percent growth for a month. While there’s some talk among highly influential people that hyperinflation “is happening,” the reality is that the U.S. is nowhere near hyperinflation right now. Inflation may have hit a 31-year high in October, but the 6.2 percent annualized rate is still far below hyperinflation.

One of the most famous examples of hyperinflation happened in Germany during the Weimar era. Many of us have seen the images of women carrying laundry baskets full of marks to buy bread, or rooms plastered with useless money.

Inflation can spiral into hyperinflation just that fast.

As Salerno notes, people often forget that Germany’s hyperinflation began following a period of sustained inflation that started in 1914, when the German government began to increase the money supply to fund the war effort. Hyperinflation didn’t begin until 1922 — several years after the Versailles Treaty and the official conclusion of World War I — and it began relatively slowly (if hyperinflation can ever be described as such).

It was in October 1923 that things really got crazy. When the month began, a daily newspaper cost 2,000 marks — 2,000x higher than a year and a half earlier. By October 15, the price had increased to 20,000 — a ten-fold increase in two weeks. And by the end of the month? Germans were paying 1 million marks for a newspaper.

This is just one illustration of hyperinflation, of course. But the lesson of each remains the same: inflation can spiral into hyperinflation just that fast.

The Only Path to Sound Money?

In one of his lesser known works — Denationalisation of Money — the Nobel Prize-winning economist F.A. Hayek noted that perhaps the greatest lesson of human history is that governments debase currencies. From Diocletian in Ancient Rome to Weimar Germany and beyond, Hayek saw that great powers, almost without exception, manipulated currencies and eroded the value of money.

This is why Hayek believed the only way to have sound money again was to take it “out of the hands of government.”

[S]ince the function of government in issuing money is no longer one of merely certifying the weight and fineness of a certain piece of metal, but involves a deliberate determination of the quantity of money to be issued, governments have become wholly inadequate for the task and, it can be said without qualifications, have incessantly and everywhere abused their trust to defraud the people, Hayek wrote.

Twice in its history, the United States has killed its central banks. The first national bank of the United States, signed into law in February 1791, died in 1811 when its charter expired. The second national bank, created five years later, was effectively killed by President Andrew Jackson in 1833 when he removed all federal deposits and let its charter eventually expire. Not until the twentieth century, following the Panic of 1907, was a third central bank created, which culminated in the Federal Reserve System we have to this day.

Considering the nation’s soaring inflation, $29 trillion debt, and rampant spending — all of which spawn from the Fed’s reckless monetary policies — it may be time to take Hayek’s advice.