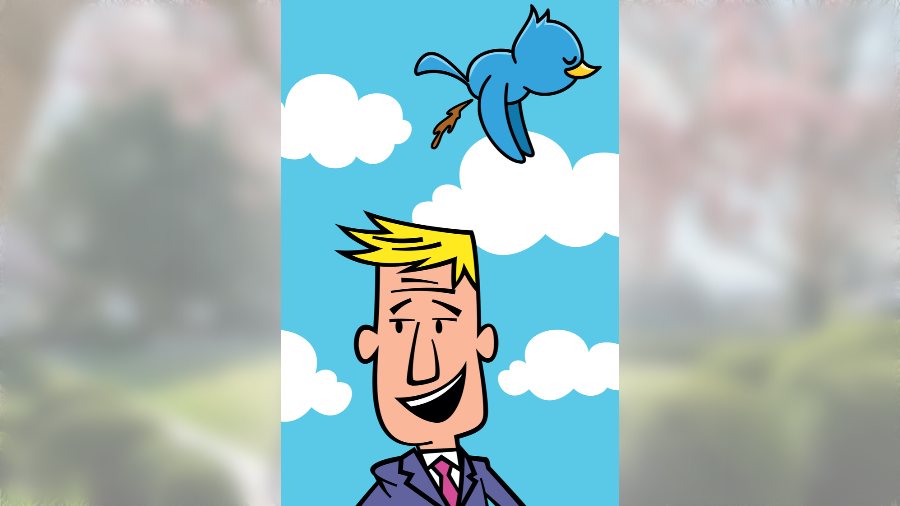 President Biden made a speech in Iowa Tuesday, and the best thing you could say about it is that the bird poop that appeared to land on his lapel was probably just corn.

A Patriotic Bird Speaks for the Nation

Nevertheless, it did give us this hilarious headline from Matt Margolis at PJ Media: “Patriotic Bird Poops on Biden; Speaks for Entire Nation.”

As for everything else he said, from blaming 70% of our rampant inflation (a four-decade high 8.5% in March) on Vladimir Putin to his plan to lower gas prices, it was all 100% certified pigeon droppings.

Not even one of the most prominent Democrat Senators is buying the White House’s fable that prices have been rising for over a year because Putin invaded Ukraine six weeks ago.

But Biden outdid himself with his announcement that he plans to ease high gas prices by letting 15% ethanol gas be sold from June to September, when it’s normally banned. There are so many crazy things in that plan that it’s hard to list them all. First, the real reason gas prices are so high is that Biden started from day one in office waging war on America’s domestic oil and gas industries, all in the name of fighting climate change. He exhibited the usual leftist logical fallacy of attacking a necessary commodity without having a feasible alternative.

Now, he proposes to lower those prices not by taking his boot off the neck of oil and gas producers, but by selling gas with higher amounts of ethanol, a corn-based alcohol. But that’s normally banned in summer under the Clean Air Act because it’s more volatile in hot weather and is believed to create more ozone and smog. (When Trump tried to make it available year-round, environmentalists successfully sued to block it.)

It also gets lower mileage, so you have to burn more of it to go the same distance, not only requiring the burning of more fuel, but negating any cost savings for drivers. In addition, many believe it damages your car’s engine. Plus, only about 2,300 out of America’s 150,000 gas stations even have pumps for it. And even if you do find it and use it, the price is only about 10 cents a gallon lower.

Finally, at a time of looming food shortages, Biden proposes to use even more of our corn crop as a bad replacement for the gas he could produce simply by letting the oil and gas industry produce gas! The director of the Competitive Enterprise Institute’s Center for Energy and Environment said, “Turning more food into fuel at a time of looming global food shortages is as reprehensible as it is stupid.”

So maybe a bird didn’t poop on Biden. But if it did, it would be the best review this speech got.