The Reason for the Season of Advent 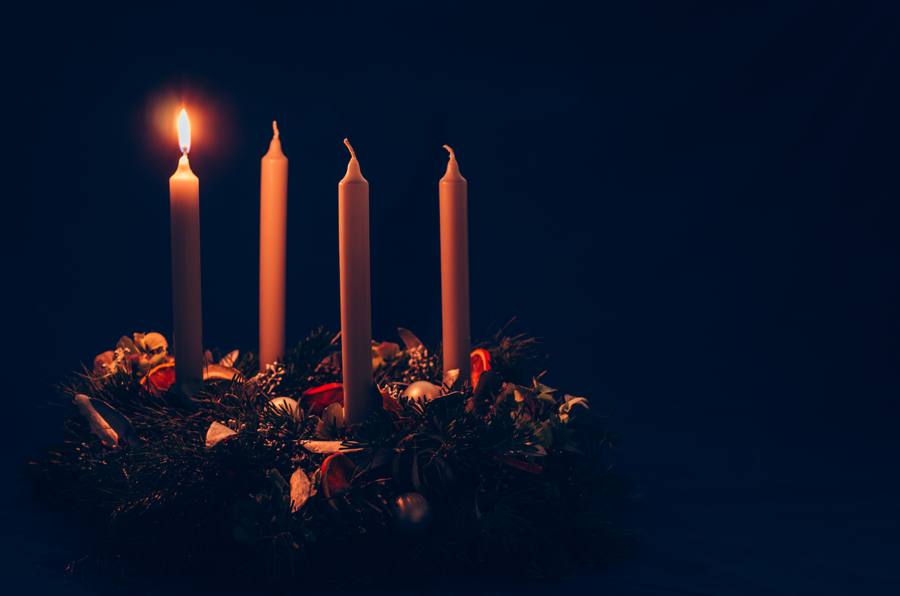 Black Friday has been different the last few years. Shelves aren’t as stocked as we’re used to, especially after the supply chain debacle. Instead of a single day of sleep-deprived consumers trampling security guards for flatscreen TVs, we endure weeks and weeks of online over-marketing.

While the presumed decrease in physical violence in stores certainly is an improvement from what we’re used to on Black Friday, the lack of material goods available to attempt to fill the voids in hearts and minds is another.

Historically, Christianity offers something better to occupy our hearts, minds, and conversations, over and above the experience of getting all of our shopping together before December 25. This Sunday begins the season of Advent, a time set aside in the Christian calendar to reflect on the coming of Jesus into the world.

The Latin word adventus, from which the word “Advent” is derived, literally means “coming.” Advent places Christ’s first coming into the world, in a manger in Bethlehem, within the larger historical context of redemptive history. It highlights the long promises of God to send His Messiah. At the same time, Adventus is the Latin translation of the Greek word parousia, which is used repeatedly in the New Testament to describe Jesus’ second coming, when He will return in glory at the end of the age.

Before this usage by Paul and other New Testament authors, parousia referred to the emperor’s arrival in a city or a province. When notified of his coming, citizens would scramble to properly greet this very important person, preparing great feasts and dressing in their finest clothes.

The original readers of the New Testament not only would have understood parousia in this context, but they would also have seen it as an explicit rejection of Caesar’s claim to lordship. While Christians today think and talk of the lordship of Jesus Christ in personalized terms, such as “Have you made Jesus Lord of your life?” the earliest Christians understood it as a public, definitive, and risky proclamation. In other words, to say “Jesus is Lord” is to say “Caesar is not.” By using parousia to refer to someone other than the emperor, Christians were saying something about who was really in charge.

Time to Clarify Our Allegiances

This backdrop is essential to understand why so many early Christians became martyrs. Rome would tolerate various and eccentric religious beliefs and practices. At times, they’d even incorporate alternative religious celebrations and beliefs into their own. What would not be tolerated, however, were rival allegiances.

Nearly two millennia later, Christians must still clarify their allegiances. We, too, are tempted to give ourselves to would-be Caesars. Our false gods may be more subtle, but they exert power over our thoughts, imaginations, and loyalties. Unless we are intentional, we will worship them. While our would-be lords rarely demand, at least in overt terms, that we deny the lordship of Jesus, they are most effective in distracting us from thinking about what the lordship of Christ means and requires.

That’s why honoring this season of Advent can be incredibly helpful. It invites us to prepare to greet the One who is “the image of the invisible God, the firstborn of all creation,” through whom “all things were created.” We, too, are asked to prepare through prayer and generosity. We, too, are invited to array ourselves in our “finest,” not garments but in our most refined expressions of truth, love, compassion, kindness, humility, gentleness, and patience.

To prepare our hearts and minds this way, not only to remember Christ’s first coming but to anticipate in hope His second coming, is every bit as culturally subversive today as it was two-thousand years ago. It’s a way of living as if Jesus is Lord. Because He is.

Join me in marking Advent this year. As a guide through this season, our writing team has created reflections on the various worldview themes created by Advent. To get a copy of these reflections in a beautifully orchestrated e-book, as well as other resources, visit www.breakpoint.org/advent.